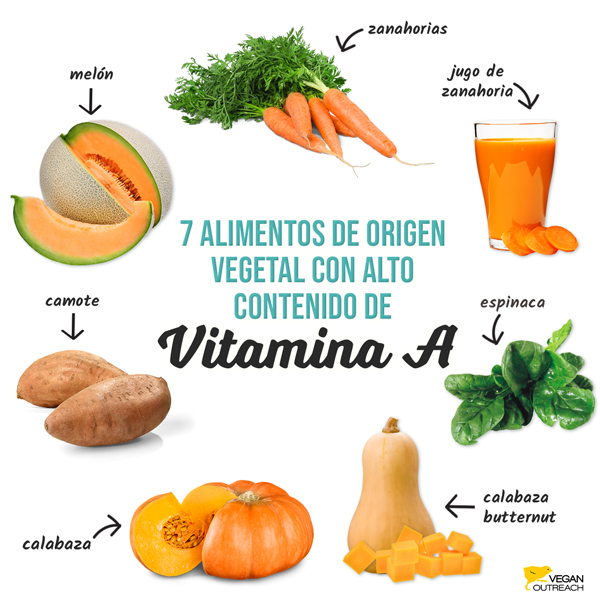 La Vitamin A (vit A) is a fat-soluble vitamin - which is diluted in fatty acids - of both vegetable and animal origin, widely present in food, with numerous biological functions and rarely lacking in the diet; the excess can be harmful and have serious complications, especially for the fetus of the pregnant woman.

E' essential for: epithelial cells, bone and tooth growth, normal sexual maturation in adolescents and fertility in adults; increases resistance to infections by supporting the immune system, ensures good vision and allows for low-light vision, protects the skin from damage caused by sun exposure and has a powerful antioxidant effect - fights free radicals, counteracts the harmful effects caused pollution and smoking - and appears to play a protective role on prostate cancer.


Retinol is regularly taken with food and comes mainly from nutritional sources of animal origin; however, it can be synthesized in the intestine starting from β carotene (beta-carotene), a precursor / provitamin of predominantly vegetable origin (yellow-orange dye), belonging to the vast group of carotenoids (over 600 types). This process takes place thanks to an enzyme which, for each molecule of β carotene taken into processing, it obtains the two unit of vitamin A.

Vitamin A comes stored in the organism inside the liver, ensuring the proper functioning of the body for up to one or two years - in a healthy and well-nourished subject.

L'excess of retinol is more harmful than that of β carotene - of which overdosing has minimal effects. Mega doses of vitamin A in pregnancy can have an effect teratogeno.

We recommend taking at least 1.000 IU (international units) per day (day) of retinol ed equivalent for the sedentary individual, while for the sportsman, during gestation and breastfeeding it is appropriate increase these doses.

In your country, considering the quality of food albeit with its territorial variability, the daily requirement of vitamin A is always guaranteed and currently DON'T there are cases of shortage.

Introduction to the chemistry of vitamin A

Retinol is a fat-soluble vitamin. It is a higher alcohol, found in nature mainly in esterified form, the structure of which was discovered by Karrer in 1931. It consists of a β-iononic ring and a side chain containing a series of conjugated double bonds. The biologically active forms of vitamin A are:

Retinol as such is found in foods of animal origin, while its precursors carotenoids are found in those of plant origin.

The carotenoids currently identified are about 600, those with provitamin activity are: α-, β-, γ-carotene and β-cryptoxanthin.

Other carotenoids present in the diet, but without provitaminic activity, are: lycopene, zeaxanthin, lutein and canthaxanthin.

At the level of the intestinal mucosa, most of the carotenes are transformed, by the action of a 15,15'-carotene-dioxygenase, into retinaldehyde, which can then be reduced to retinol. Theoretically, any β-carotene molecule can be formed the two of retinol, in practice DON'T it is absorbed more di 1/3 and less than half is used, so from one μg of β-carotene we will have 0,167 μg of retinol (1/6).

Absorption and metabolism of vitamin A

Not anymore of 75% of ingested retinol comes absorbed by facilitated diffusion (at physiological concentrations) and by passive diffusion (at high concentrations). The process is influenced by both the quantity and quality of dietary lipids. In addition to the presence of bile acids.

In the enterocytes (cells of the intestine), retinol is esterified and becomes part of the chylomicrons, which through the lymphatic circulation reach the blood circulation and go to the liver, which contains 50% to 80% of the body's retinol.

Hepatic retinol can be released into the bloodstream, where it is transported as retinol-BP associated with transthyretin (prealbumin) to the tissues; the blood concentration of retinol is equal to 40 ÷ 80 μg / 100ml.

Functions of Vitamin A

Vitamin A is essential for:

Vitamin A also performs other functions that are not fully understood, probably in the form of retinoic acid:

For further information: Vitamin A in cosmetics with anti-aging action

High doses of vitamin A (over 300 mg) cause acute intoxication characterized by: nausea, vomiting, migraine, visual disturbances and loss of movement coordination, symptoms that disappear in a short time with an adequate intake of retinol.

High doses of retinol (6÷12 mg) For years cause the onset of a chronic syndrome with: hair loss, loss of appetite, anemia, muscle pain and neurological symptoms.

High doses of carotenoids cause an alteration of the skin pigmentation (yellow-orange color).

Foods rich in vitamin A

Vitamin A is contained in foods of animal origin and in particular: meat, offal, some fish, eggs, milk, cheese, butter.

Carotenoids are found in foods of plant origin and in particular:

However, carotenoids are also present in foods of animal origin such as eggs and milk and derivatives.

For further information: Foods with Vitamin A

The recommended intake levels of vitamin A are referred to as retinol equivalent (RE).

The recommended intake levels are:

In recent years, a new conversion index has taken hold, the RAE (retinol equivalent activity), preferred because it correlates better with the human capacity for absorption and conversion of carotenoids into vitamin A.