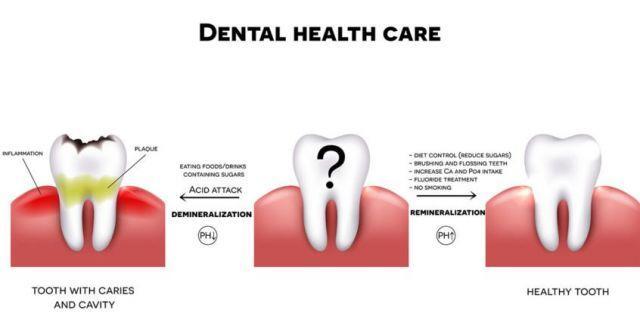 Catalytic oligotherapy uses fluoride for tooth decay, as it is a essential trace element for the mineralization of the skeleton and the enamel of bones and together with calcium, it is a regulator of bone metabolism. For this reason it is also used in the treatment of osteoporosis and decalcification following menopause.

The main source of fluorine is given by drinking water, in which the presence of the element varies according to the extraction soil. It is also found in mineral water, in various foods, reaching important concentrations in fish and seafood, tea, potatoes (especially the peel), cereals, beer, spinach and other vegetables, are good sources of fluoride.

Teeth and bones contain 99% of the fluoride present in the body. Its presence allows the activation of collagen synthesis, intervenes in the consolidation of fractures, and it is essential to use it in the presence of osteoarticular pathologies. Fluoride helps to store calcium in the hard tissues of the body, bones and teeth, preventing its fixation in the soft tissues.

The use of fluoride for caries is a remedy used in catalytic oligotherapy. The causes of this disorder that affects the teeth can be different: bad quality enamel and lacking in fluoride, acidic saliva o low in minerals are factors that favor the action of the bacteria dental plaque. The formation of caries is mainly facilitated by apoor oral hygiene or neglected: food residues they ferment and produce acids that attack the enamel. Even the abundant consumption of fermenting foods such as starches e refined sugars promotes the production of acidic substances that are harmful to the enamel.

An excessive intake of phosphorus, due to a diet rich in proteins, can cause the calcium depletion of the tooth enamel. Caries is symptomatic only in an advanced stage even if a hypersensitivity to heat, cold or particularly sweet foods is a clear signal of an initial caries is in progress. When the caries reaches the pulp the pain becomes intense and persists even without particular stimuli.

Caries among the causes of toothache: discover all the remedies

Fluoride and its action on teeth and bones

Fluorine ensures harmonious skeletal development, confers solidity to the bones, facilitates passive joint stabilization by the ligaments e prevents tooth decay, for this reason it is used in the manifestations of skeletal alterations and supporting tissues. In general it improves hearing, protects against degenerative diseases of the cardiovascular system, including hardening of the arteries and the musculoskeletal system, helps in problems with the teeth and gums, inOsteoporosis, In 'otosclerosi, In 'atherosclerosis, strengthens the bone tissues and the teeth, because it forms a crystal of fluoropatite which strengthens the tooth enamel.

Its deficiency leads to a deterioration of bone tissue and dental enamel, due to the loss of calcium. In fact, scientific studies show a high incidence of caries in populations living in geographic areas with reduced availability of fluoride. In addition, this important trace element ensures resistance and elasticity to the supporting connective tissue, ligaments, capsules, fascias, muscles and vascular walls and increases the tooth's resistance to acid attack brought by bacteria.


Finally, in association with calcium and phosphorus, it plays arestorative action in initial dental cariesi. The solubility of the enamel is reduced both when the fluorine is incorporated in the moment of formation of the enamel, and when it concentrates in the most superficial layer of the enamel already formed, due to an ionic substitution mechanism.

Fluorine against caries, in general for the teeth and, even more in general, for bone health is a very important trace element and the deficiency effects would appear for doses below 0,5-0,7 mg / day.

From a strictly chemical point of view, fluorine is a non-metallic, gaseous element that belongs to the group of halogens, such as bromine and chlorine. Although it is essential for life, it is also a toxic pollutant that derives from the waste products of the chemical industry in particular derives from the aluminum industry. While it is true that deficiency increases the risk of dental caries, especially in early childhood, it is also true that an overdose of fluoride causes a particular pathological picture, known as fluorosis.

Considering the low daily intake requirements, it is easy to imagine how thin the line is between deficiency and excess, as well as between risks and benefits. In addition to dental and skeletal alterations, in fact, among the side effects of chronic fluoride overdose there are also serious cases mental changes e systemic (enzyme and mineral deficiencies, endocrine disorders and immune systems, increased risk of fractures).


> Symptoms, causes and nutrition in case of fluoride deficiency
> Teeth, how to keep them healthy