The push-ups on the legs | Technique and Muscles Involved

The push-ups on the legs are a cleared exercise that has countless applications and variations… ..have you never heard of it? Probably if I had used the word "squat" we would have understood each other immediately.

Squats are precisely a push-up, and therefore involve the approach of two segments of the limb while maintaining the support on the ground (a bit the same concept as the push-up on the arms, which is erroneously called flexion).


The variations of this exercise are so many that a book would not be enough to describe them all, so we could focus our concentration on the basics ... and on the muscles we are stimulating.

Approximately the bodyweight squat must follow some rules to be performed: 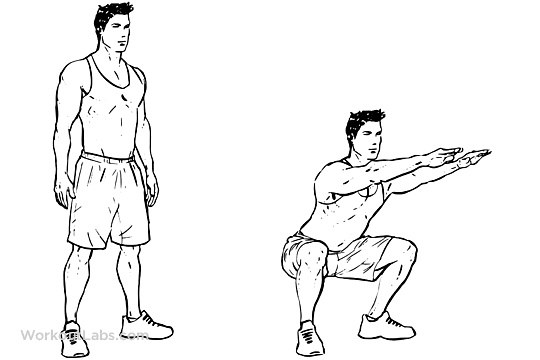 In a good squat, the knees must not be too accentuated over the feet, and the head must remain in a straight line perpendicular to the ground ... but how can we do
recognize good movement? Let's learn the squat with the use of the wall!


The wall squat is a great exercise for learning the correct leg push-up technique, and includes these simple rules:

In this version it is easy to see that not all of us are endowed with sufficient joint mobility to allow us to perform a maximum squat keeping our toes close to the wall; probably compensating for this gap by trying to place the knees or the head before the feet we will lose balance as the wall in front of us does not leave us the space to do so.

I recommend this exercise in a warm-up phase for a squat session, or a workout focused on the lower part, to be performed in pairs so that the partner monitors our balance or any detachments from the wall.

Generally speaking, the muscles involved in this type of exercise are: 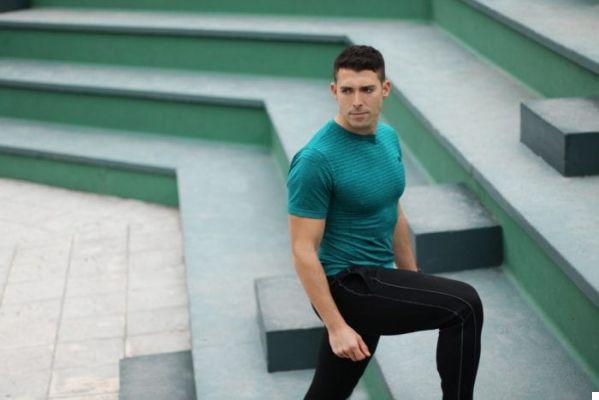 Their involvement is closely linked to the type of bending performed: as previously mentioned there are many variations of this exercise that involve the use of destabilizing loads and tools that shift the focus of the work on certain groups rather than on others.

Another aspect to consider about activated muscle groups is the fact that the maintenance of the scapular adduction is closely linked to the constant action of the trapezius and the great dorsal!

Attention also to squat: the gluteus maximus is involved to an ever greater extent according to the depth of the descent, so the less you go down and the less our squat will work this area.

We've all seen barbell squats in the weight room… .but how many of us have seen squatting in asymmetry? Asymmetry can be of many types but we can summarize it in two broad categories:

What can this change serve? One of the cornerstones of the functional is precisely to readjust certain exercises and make them more similar to the situations that the athlete has to face. If I think of a skier for example, during turns he will never have the opportunity to assume the correct position of the bend but will always be forced to rearrange his position according to the need of the moment. 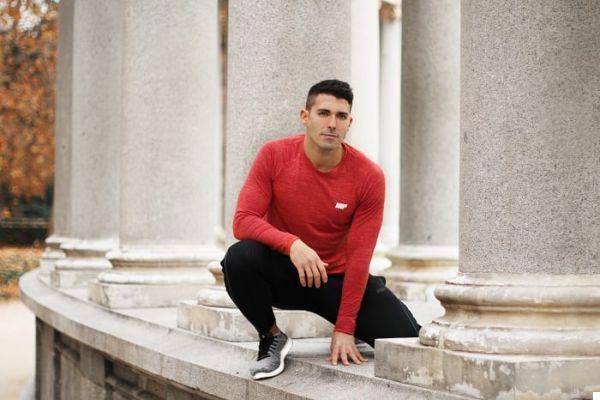 The same can be thought of a wrestler who has to lift the opponent and who does not have the time to position himself with his legs parallel and his toes open by 5 °.

These variations shift the perception of the exercise and the muscles involved in a whole new and training way for real situations. With this I do not mean to start doing the maximum squat with one foot on the bosu platform (unfortunately you can also see this) but to adapt this fantastic exercise to the many applications to which it lends itself!

Audio Video The push-ups on the legs | Technique and Muscles Involved
Jefferson curl | What is it? Execution and Benefits ❯