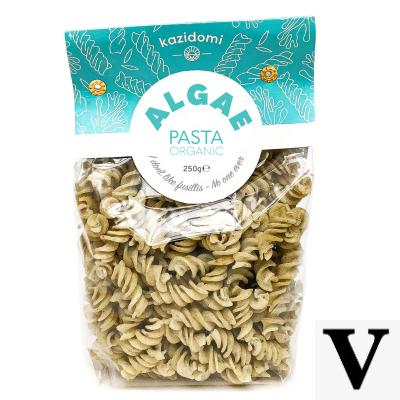 There are spaghetti that they cook in just 90 seconds. Paccheri with berries. The buckwheat tortiglioni. And then fusilli with lentil flour. Penne with spirulina algae. Tagliatelle with hemp sativa. The imagination of our pasta makers seems to have no limits. Until a few years ago it was already a lot if wholemeal pasta was found in the provincial supermarkets. While now it is a continuous flowering of new products. It is mainly small companies that are pressing on the pedal of innovation, determined to conquer new market shares in the country and abroad. Also because the trend of high-protein menus and the (erroneous) belief that the pasta face put on weight, contributed to the decrease in consumption of this food, which has always been the basis of the Mediterranean diet. "In 2015 we ate 26-28 kg of pasta per capita per year," he says Cristiano Laurenza, Secretary of the Union of the Food Country. "Now we have dropped to 23 kg, while remaining the country that buys the most: a third of the villagers bring spaghetti & Co. to the table every day, but probably - given the data - in small portions".

A three-point raise
To fight the decrease in sales, but not only for this reason, most pasta makers have decided to bet on the future. New formats, to stimulate the consumer's curiosity. Faster preparation times, to meet the needs of an increasingly hectic life. Unusual ingredients, to improve the nutritional profile of a food that is mainly a source of carbohydrates and thus respond to the requests of those who aim for a super healthy diet.

«Every year we invest an average of 10% of our turnover in research and development, to launch new products and improve the quality of those already on the market. I am referring in particular to the giant steps made with wholemeal pasta in terms of flavor and resistance to cooking », comments Cristiano Laurenza. "Now the challenge is to obtain equally good (and performing) pasta with legume flours, cereal mixes and other unusual ingredients".

The bet of functional food
Some companies are also investing in the recovery of regional traditions and on rediscovery of ancient grains (Senatore Cappelli, Timilia, Saragolla), with their different nuances of flavor. Others, however, on the design of new products they have specific beneficial properties while remaining as similar as possible to the classic pasta.

«In our laboratories we study how replace (in whole or in part) the wheat semolina with ingredients that provide more protein, fiber and other nutrients", tells Marco Settler, food technologist from Rustichella d'Abruzzo, one of the most committed companies in the country on the innovation front. «It is not an immediate job: before finding the perfect recipe you have to proceed step by step, for example studying the characteristics of each single ingredient and the changes to be made during the production process and then carrying out precise laboratory tests. Lately we have prepared and analyzed (as regards both the nutritional profile and the taste and resistance in cooking) durum wheat semolina dough with the addition of interesting plant extracts such as turmeric, ginger, spirulina and ginseng (with antioxidant action and more), of charcoal (to aid digestion), of lupins (to develop a paste a low glycemic index), fruit or vegetable purees (to give the final product a particular and unique aroma) », continues Marco Stanziale. «To achieve the set objectives it was sometimes necessary to lengthen the kneading or drying phase, at others to vary the temperature of the processing water, and at others to modify the size of the fiber of legumes or whole grains. To shorten cooking times, on the other hand, we have designed and patented a brand new die ». Which has the shape of a "C" and produces a spaghetti similar to an open bucatino: during boiling the water comes into contact with both the external and internal surface of the pasta, thus allowing you to have a perfect cooking in just 90 seconds.

A belief to be dispelled
These innovations are also welcomed by those who have always promoted the Mediterranean diet. «We must stop believing those who say that it is the consumption of spaghetti and macaroni that makes you fat. If this were the case, the British and the Germans should be in ideal weight, while in Europe they are in fact the ones who have the greatest problems with obesity ", says the doctor. Diana Scatozza, medical specialist in food science.

«It should not be forgotten that one of the cornerstones of a healthy diet is the variety. The new products prepared with are therefore welcome legume flours or mix of legumes and cereals: provide protein of good quality, iron and fiber, and represent a valid alternative for those who do not like beans, chickpeas and lentils. Pasta with hemp sativa, on the other hand, provides good Omega 3 fats; the one with soy phytosterols, useful for lowering cholesterol; that with barley and oats beta-glucans, which help keep the arteries clean; the one with algae, iodine, essential for the proper functioning of the thyroid ».

It is also "greener"
Finally, there is an increasing attention to respect for nature. The Barilla brand has believed in it for years, which has developed the double pyramid (food and environmental). But there are many companies, large and small, that invest to make theirs more sustainable productions, reducing water consumption and greenhouse gas emissions and using renewable energy (including Garofalo, La Molisana, Buitoni). “And when we get there too pasta with insect flour, we will have done bingo, because it is a product rich in animal proteins (30% of the weight), obtained without polluting and therefore healthy for us and for the planet ", he concludes Giulia Tacchini of the Entonote association.

In Switzerland it has already been present for more than a year in some supermarkets, including Coop. In EU countries, however, it cannot yet be put up for sale. "The legislation on novel food, which entered into force on January 1, 2021, states that in order to market insects (and derivatives) for food use, it is necessary to have EFSA certification (the European Food Safety Authority), but so far no company has obtained it " , explains Giulia Tacchini by Entonote, a cultural association that promotes the theme of edible insects by organizing events for the public and dinners for members. It is therefore only a matter of time for the pasta with crickets you also come to us. "In the country there are already several insect farms," ​​adds Giulia Tacchini. These include the paesen cricket farm and DL novel food.

A "collection" printed in 3d

It is thanks to the innovative technology of 3D printing and the collaboration with international designers that the BluRhapsody collection (of the Barilla Group) was born: fresh pasta of the highest quality that has incredible shapes, often inspired by the world of nature or art.

Initially designed only for chefs, it can now be purchased by everyone. It is made with durum wheat semolina plus the addition, in some cases, of cuttlefish ink or natural extracts with coloring properties. For each format, ingredients, nutrients and gourmet recipes are indicated. The cost is high (from € 21,90 to € 57,90 for 12-22 pieces). Delivery is free above 100 €.

Audio Video The new healthy pasta: with fruits, legumes, algae
Yogurt and fermented milks: why they are good and how to choose them ❯

add a comment of The new healthy pasta: with fruits, legumes, algae