The future: where is it headed? 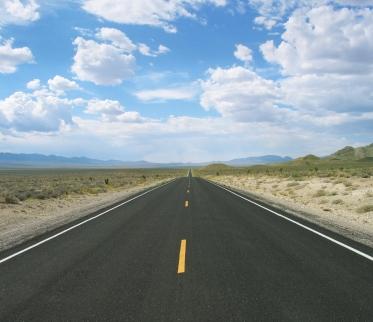 Time passes the same for everyone but the
visual representation we have of the same is not the same. If in this
precise moment I asked you to chronologically organize four photos of
the same person referring to different ages how would you do it?

Stanford University psychologists claim
that people belonging to (or influenced by) Anglo-Saxon culture
they would probably arrange the photos from left to right in a line
horizontal, starting with the childhood photo and ending with the plus one
recent. However, people who belong to other cultures might
arrange photos by placing them in columns or starting from right to left. The Pompuraawan, an Australian tribe, do not consider
time like the majority of Western people. That is, they do not establish
a relationship between time and the positions of “left and right” or “above and
under". Instead, they use directions to describe; for example they tend to
say: "my south arm". In the same way they understand time. When the researchers asked them to organize
chronologically the photos to show the growth of the person, the Pompuraawans
they started with the first photo from right to left forming a line
horizontal. Researchers state that there are three factors that
affect how we imagine time: 1. The way the culture we find ourselves in
understands spatial relationships. For example, for this Australian tribe the
sun is he who measures time; so that it is normal that if the sun rises in the east
and sets in the west, thinking of the passage of time, it would follow the same
imaginary line from right to left. 2. The way we write. Jews write from
right to left, so it would be normal for them to establish a line of
imaginary time that goes in the opposite direction to the one they would have
people writing left to right. 3. The metaphors of language. For example, in Chinese
Mandarin associates the word "above" with the past and "below" with the future. For
this reason who belongs to the Chinese culture places the time line in
column shape that goes from top to bottom. The social determinations of our behaviors do not
they will never stop surprising us.
Judgment is the favorite revenge of limited people, according to Nietzsche ❯

add a comment of The future: where is it headed?