The evil eye: what lies behind this belief? 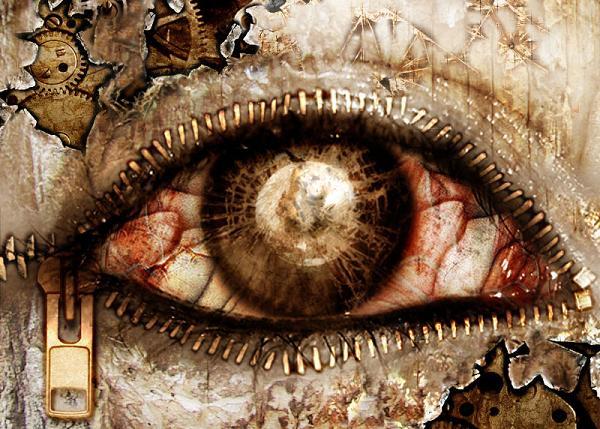 For Mexicans it is the evil eye as for us, in Brazil they call it “olho gordo” while the Turks call it “eye
of the Medusa ". Regardless of the name given to him in one or the other
culture, they all possess talismans that protect them from this sort of
curse.

Different cultures around the world have their own
version of what is the so-called "eye of the devil" and attempt to
fight it using the most diverse artifacts that turn into talismans
magic with enormous power. Obviously, most of us recognize that yes
it's just superstition but many prefer to keep at least one talisman… just in case !? Some psychologists from the University of Tilburg did
wondered what the purpose of this belief is and why it is so ingrained
in human nature. It has been speculated that perhaps this superstition reflects the
caution of human beings in the face of a very destructive feeling: envy. To combat this idea the researchers have
recruited some couples. Later an environment was recreated in the laboratory
in which a truly enviable fortune was manifested (but only for one of the
two persons of the couple). In this way a situation was created in which
one of the participants might have thought that the other was envious of luck
he had obtained (although the other participant was privy to all
details of the experiment). Later the researchers asked people if
they believed their mate felt unhealthy envy towards them.
In addition, they also assessed the participants' selfless attitude
against the envious person. To do this, for example, they created themselves
small everyday situations in which the person in question needed to
help from the other. The results were surprising: the more people believed
to arouse an unhealthy envy in the other and the more they were willing to help him
while when they thought they were stimulating positive envy they were less cooperative. From this study it can be understood that the
person fears those who feel an unhealthy envy since they assume that these
it could cause him serious damage in an attempt to steal what he has
earned. This kind of anguish and fear is nothing but projection
of what we would feel if the situation was
inverse (that is, in the event that the luck was touched by the other). The person who believes in the evil eye considers that the other
the person envies her to such an extent that she also causes physical harm and so she tries to
protect yourself with amulets or, in the case of the study, mitigate the anger of the other
offering him his help. Obviously, behind all this lies the
feeling of individual fragility as the person does not feel sufficiently
strong to cope with the alleged negative intentions of the other.
Who is the psychological abuser? ❯

add a comment of The evil eye: what lies behind this belief?