The advantage of seeing the forest and not the individual trees 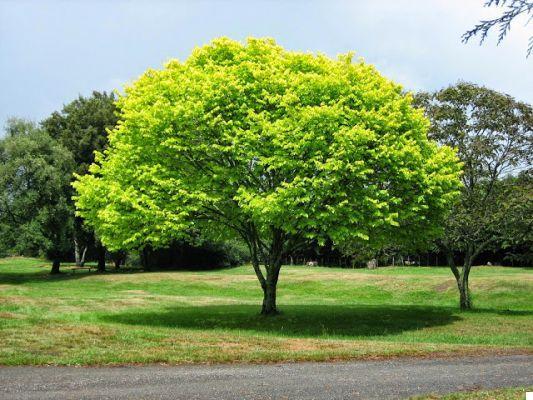 Happy and satisfied people move around the world without dwelling too much on analyzing the details. Or at least that's what a study conducted by researchers at the University of New South Wales says, who are sure that people predisposed to positivity also have a less skeptical attitude towards life and are more open to strangers.

Undoubtedly, focusing on the details can help us when we have to face very difficult projects and it is also useful in helping us to deal with the most complex social relationships, but, apparently, it would be a less convenient approach if our goal is to be happy.

To add fuel to the fire comes another research, this time from Virginia Commonwealth University, according to which depressed people are often more logical and reflective than the rest of us. According to these psychologists, depression is due to excessive emotional processing that focuses on the negative details of the problem. And, of course, too much thinking causes emotional problems.

This isn't the only clue we have, a further study conducted at Queen University showed that people prone to depression are able to more accurately perceive very small and almost imperceptible changes in other people's facial expressions.

Where do all these discoveries lead us?

To the idea that the happiest people tend to focus on the whole forest, they analyze the whole and don't dwell too much on the details of every single tree.

To better understand this concept we can imagine an everyday situation. For example, imagine being angry and arguing with your partner. At the moment you do not objectively evaluate the problem, but concentrate on the details, in his gaze, in the gesture that escaped him or in that inadequate word he said ... And often these details give rise to another discussion that takes another direction and ultimately, the initial problem
remains unsolved.

In fact, we tend to focus on the details when we think we are in danger. This is an instinctive reaction. If you are relaxed and confident, let your guard down, but if you think you are in danger, as if you were in a rainforest, your senses are amplified and you are prompted to pay more attention to details, because they could make the difference between life and the death.

The same goes for everyday life. However, the problem begins when this hyper-analytical attitude becomes our way of life, a way of dealing with all situations that arise. The good news is that we can change, and the first step is to determine if we are people who focus primarily on the entire forest or on individual trees.

The true meaning of holding onto something: It's not what you hold onto, but why you do it ❯