Swede cabbage, properties and how to use it 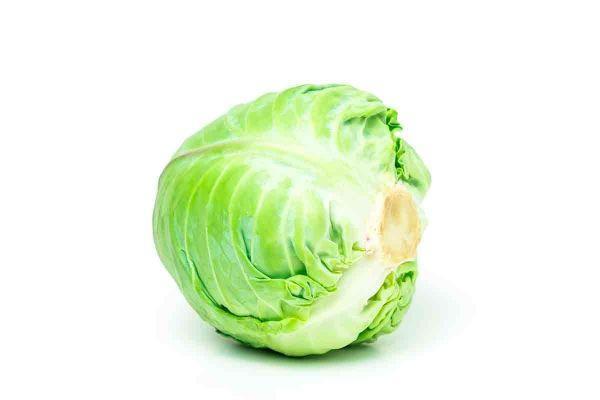 Il Swede cabbage is a vegetable known by the botanical name of Brassica napus napobrassica belonging to the cruciferous family.

However, this vegetable is often confused with turnip or rapeseed and currently the scientific name of recognition has changed to Brassica rapa L. var. rap. Commonly it is also called by the name of rutabaga or Swedish turnip.

This root or more precisely tuber was obtained from the natural cross between wild cabbage and turnip around the seventeenth century in Bohemia.

This swede cabbage is currently cultivated wherever there is a temperate climate and also in Europe and in the country it finds an ideal environment for its development.

Swede is one biennial plant which develops its tuber-turnip during the first year but has the maximum ripeness in the second year when the flower stem also grows. Its leaves grow vigorous and almost bluish dark green in color. This vegetable came used both as human food and as forage for animals.

The swede cabbage therefore produces this edible tuber with dimensions that can weigh up to 2 kilos. The part root is composed of an edible pulp yellow in color but also white or purple depending on the varieties of swede cabbage.


The taste is very similar to that of the turnip of which it is a very close cousin even if it still makes the dishes more consistent and the scent is unmistakable and the aftertaste is sweeter.

Properties of the swede cabbage

The swede is especially rich in carbohydrates, starches and fiber, but also many minerals and vitamins.

In particular, the percentage of vitamins A, C, B1, B6 and beta-carotene is very conspicuous and this makes the swede important for increasing these substances useful to our body.

La Vitamin A it is necessary for visual function and also serves for the response processes of the immune system. Furthermore it is essential for the growth of tissues such as bones and teeth in addition to having a protective action, it pours the skin and mucous membranes of the entire organism.

La Vitamin C it is an excellent antioxidant which fights the free radicals responsible for aging. It serves to keep the skin and tissues young as well as having a positive effect on the activation of our immune system.

The presence of minerals such as potassium, phosphorus, magnesium, calcium and sodium makes the swede an excellent tonic and helps to strengthen the skeletal system, nails and teeth and which supports many other functions of the whole organism.

The presence of fiber helps improve digestion thanks to its cleansing and purification abilities they support the digestive processes of the intestine.


Soluble and insoluble fiber is necessary within our body to cleanse the gastrointestinal tract and furthermore the recall of water by the fibers increases the fecal mass, softening it and making it more easily evacuated. Intestinal transit is thus facilitated and peristalsis manages to work in the best possible way.

The turnip cabbage has value anticancer properties and antioxidants thanks to its composition of phytonutrients and active ingredients. In addition, this tuber helps to keep pressure under control by preventing some cardiovascular diseases and is able to reduce cholesterol in the blood thanks to the presence of fiber and carbohydrates.

Finally it seems that the swede is useful for improving mood and therefore indicated in the cases of migraine e premenstrual syndrome. This property is given by the conspicuous presence of magnesium which is able to give an antidepressant and calming action on the nervous system thanks to its ability to stimulate the production of serotonin, a hormone of good mood.

How to use the swede cabbage

Throughout history this vegetable has been the salvation of many farmers and entire peoples because during times of famine the swede cabbage continued to grow and it was one of the few foods that could be put on the table in order to feed the whole family.

Perhaps because of this past, the swede is a forgotten vegetable of which by now we know very little of its use.


Arrive then to find the swede cabbage is currently not so easy since it has entered among the forgotten vegetables but we can still hope for some farmers from the local and local markets who continue their cultivation.

Swede is a winter vegetable which can be used both raw and cooked. It has the texture of the potato and the taste of turnips and other vegetables of the same family such as cabbage.

In salads, it can be cut into slices and used raw, perhaps alongside other mixed vegetables create multicolored salads.

Cooked preparations range from simple boiling to make mashed potatoes and creams or from the preparation in stew, roast or boiling to combine with other vegetables.

Good simply seasoned with salt, pepper and a drizzle of extra virgin olive oil or prepared fried in the form of slices to make chips similar to potato chips.

In the first courses the swede cabbage it is perfect for risotto but also to prepare vegetable sauces as a condiment for pasta. In soups, in soups and soups it is an ingredient that goes very well with other vegetables.

At one time it was also cooked in sweet and sour and the ease of its use is further improved by the possibility of a long storage time for this vegetable.

In fact, once harvested if kept in a cool and dry place such as in a cellar in a sandbox, this root can be kept for over 6 months like potatoes.

Finally the leaves of the swede cabbage are also edible which can be cooked and used like spinach. This green leaf part of the turnip cabbage is rich in minerals and vitamins, in particular iron which is essential for the well-being of the body and can be more easily assimilated if we combine the turnip cabbage leaves with lemon juice.

Read also Wild cabbage, properties and how it works >>

Audio Video Swede cabbage, properties and how to use it
Natural vitamin D supplements, what they are and when to take them ❯

add a comment of Swede cabbage, properties and how to use it