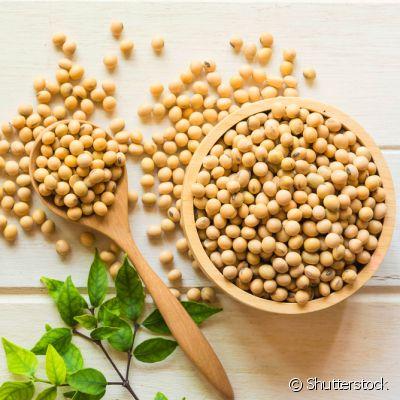 Soy is much loved in the East and widely used in the vegetarian diet. But what are its real properties and possible effects on the organism?

Let's find out all the pros and cons of soia.

Soybeans are certainly, among all the vegetables offered by nature, those with a high nutritional value since they contain the 35-40% protein, 15-20% polyunsaturated fat and 15-20% soluble carbohydrates, as well as a significant amount of lecithin.

What are the "cons"?

Soy and the thyroid

Not recommended for those who suffer from thyroid pathologies, isoflavones of soy belong to the family of phytoestrogens, a heterogeneous group of more than 4.000 substances, whose action has been shown (or only hypothesized) to be similar to that of estrogen.

A British study evaluated that a Excessive consumption of soy may increase the risk of worsening subclinical hypothyroidism thanks to these particular phytoestrogens which can alter the hormonal balance interfering with ityroid function and inhibiting the synthesis of thyroxine (thyroid hormone).

However, it must be remembered that the interactions between estrogen and complex thyroid hormones are not yet fully understood and still lacking any real clinical significance.

Hyperthyroidism? Here is the most suitable diet

Soy is absolutely the most cultivated transgenic product in the world and, in fact, most of the soy grown in the United States and Asia is of transgenic origin.

Bearing in mind that throughout Europe food products containing GMOs (Genetically Modified Organisms) must be carefully labeled, transgenic soy has been declared safe for feeding, substantially equivalent to non-GMO soy. In reality the chemical composition of GM soy is obviously different from that of non-GMO varieties otherwise, the transgenic line would not be resistant to some herbicides.

Since the risk of allergies it is often present in GMO products because "even small changes in the protein structure (DNA) can trigger new allergies" (source greenpeace), the advice is to always choose it from organic farming.

In recent years, Brazil has become the world's leading exporter of soybeans but has also reached fifth place in terms of carbon dioxide production due to the deforestation and fires lit to obtain land to cultivate.

In fact, increasing the demand for soybeans it was absolutely necessary to find new cultivation spaces but the result was tremendous: according to Greenpeace, in a few years more than five million hectares of forest have been destroyed in the region, the massive use of pesticides puts people's lives at risk every day, especially children, and traditional forms of livelihood such as fishing or subsistence farming have been abandoned.

In conclusion, we could say that it is an interesting medicinal plant in all respects, however not without side effects, contraindications and drug interactions.

Soy, the most popular vegetable for vegetarians

Audio Video Soy, benefit or harm?
Anardana: what it is, how to use it and where to find it ❯