Rashomon Effect: A thousand ways of perceiving a situation 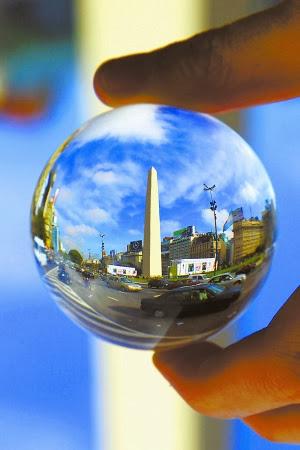 Certainly you will have had the opportunity to hear the same story from different people and you will be surprised by
how some details don't match. Indeed, if you asked a friend of
tell you an experience you have lived together, you would be surprised to see
how different his version is from yours.

It is of 'Effetto Rashomon, a phenomenon caused by the subjectivity in which people
they tell the same story in a way
different. However, this does not mean that one of the versions is fake but
simply that it is filtered through individual perception. This effect owes its name to the film "Rashomon", by Akira Kurosawa, a film from the 50s of the century
last that won the Critics' Award in Venice and the Oscar for Best Film
Foreign. In this film it was referred to as several witnesses of a
murder and the murderer himself described the facts differently, even
in some cases contradictory. Since we are used to thinking in terms of "black and white", it is normal for
discussion of the reliability of each viewer, but if we think of reality as
to a continuum that we see through our individual lenses, then not
it is strange to understand why the same fact can be experienced and told
In the Rashomon Effect different factors affect the intensity of the emotions at the moment
in which we were experiencing the event up to our previous experiences or the
expectations we have. For this reason, some may consider
unwatchable a film that for others is a masterpiece. The scenes and the dialogues
they are the same but the expectations, the knowledge of the seventh art and ours
emotions are different. Experiences are the key to understanding this phenomenon. In practice, experience is the whole of what
we experience (environmental stimuli) and how we perceive and analyze these stimuli
(a perception and an analysis which at the same time will be determined by
our previous experiences and from our psychology). To put it in words
simple, it is as if each person saw the same reality but through one
unique window for her in the world. So that's his perception of the situation
will be different.As you can imagine, one cannot refer to the fact that a perception is more adequate than
to the other, they are simply different. Obviously, from the point of view
scientific, while fewer emotions and expectations are at stake more clearly
we will be able to perceive reality.

At this point you are surely wondering how you could apply the Rashomon Effect to your life
daily. In this regard, it is important that you realize that the
people around you don't lie to you when they tell you theirs
version of the facts. Thus, perhaps, you will be able to avoid a lot of arguments with yours
partner.

add a comment of Rashomon Effect: A thousand ways of perceiving a situation