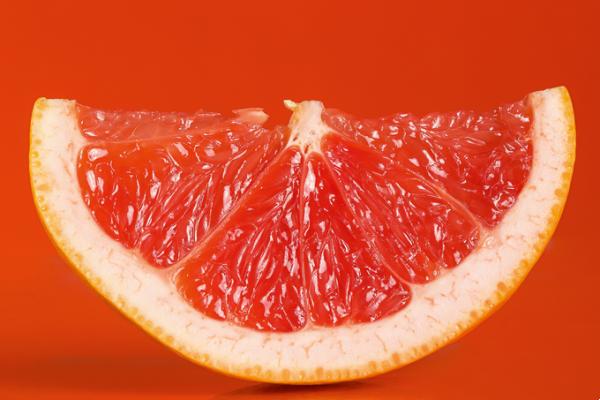 January and February are the months in which the year begins, purely winter, the heart of the cold season.

How is this season reflected in the physiology of fruit plants? Evolution pushes plants to adapt their vegetative cycles to the seasonal structure of the place where they live, therefore in temperate climates the physiology of plants tends to produce a life cycle that follows the seasons.

In winter, many plants therefore go into vegetative rest, a sort of lethargy in which all the vegetative processes slow down to favor a cleaning of the old and to prepare for the production of the new year.

But while many plants immerse themselves in this rest, others, the evergreens have a different vegetative system, which allows them to flowering and fruiting sometimes at the same time, without reflecting the spirit of the four seasons that regulate the year in our latitudes.

Therefore it is possible to find ripe fruit even in this season and in these months of the year, especially thanks to citrus fruits.

The etymologies of the months of January and February refer to two ancient local divinities: the first, Janus, presides over the passages; the second, Februus, presides over purification. It is no coincidence that we are in the period of the year in which we "go through purification".


The citrus fruits that we find in this season can support us in the biological processes of purification: they are very rich in vitamins, especially the Vitamin C, able to support the immune system experienced by the winter frost, but are also rich in nutrients with antioxidant properties, such as flavonoids.

The name already tells us something about the organoleptic characteristics of the fruits, which remain sour even in the sweetest species. Another feature of these fruits is the presence of essential oils and terpenes very valuable for health and cosmetics.

Citrus fruits are native to East Asia and group the species of three different genera:

There are an infinite number of hybrids and varieties, even interspecies, such as the case of hybrids «Citroffortella».

When shopping for citrus fruits we generally come across sweet orange (yellow or red pulp), lemons, mandarins and clementines, grapefruits (yellow or pink), lime imported, more rarely in cedars and, increasingly due to immigration, in grind (yellow and pink, originally from China) and moles kumquat round, probably originating in Japan, very similar to the Fortunella margarita (oval Kumquat), sold mostly as a curiosity.


For those who know where to look (local producers, nurserymen, ethnic food shops, on-line shops ...), on the other hand, the range of citrus fruits can be further expanded, in order to find much less known species, varieties and hybrids. Some traders sometimes sell citrus fruits that look like they are green-skinned mandarins originally from Japan: it is miyagawa, sweet, early and resistant to frost.

In large restaurants and online, finger lime or green caviar, originally from Australia, is becoming increasingly fashionable: the alveoli are not protected and enclosed in the albedo, so they come out free similarly to caviar grains; the price can easily exceed € 100 per kg.

Sometimes you can find on the market i tangerini, name that derives from Tangier, Morocco, the port from which these mandarins were initially imported; they are similar to mandarins, tasty, but above all very rich in vitamins, carotenoids, numerous trace elements and essential oils such as limonene, geraniol, thymol, pinene and others.

Citrus fruits among the fruits of winter

Here are some varieties that are more difficult to find.

First of all the many interesting ones Japanese and Korean varieties:

To be able to taste all these rare or lesser known varieties and genres, it is necessary to take a trip to the countries of origin or be lucky enough to meet friends and shopkeepers who import them.

The search for new flavors and the curiosity to taste new fruits leads to the surprising discovery that each place has its treasures to taste and try, so have a good treasure hunt!

You use citrus fruits

Citrus fruits were immediately considered precious for one main reason: they turned out to be the best source of vitamin C in the winter and they were the best tool for fight scurvy.

Although consumed fresh, in juice, liqueur or jam, however, only some species and varieties are suitable for food use, while there are others that cannot be consumed naturally by the human being due to theexcessive content of aromatic oils; we can mention among these the bergamot, the bitter orange, the kaffir, the chinotto or the trifoliate orange. Such species are however useful for the extraction of essential oils and the preparation of essences, cosmetics, cleaning and hygiene products, drugs, flavorings.

In the kitchen, in addition to natural consumption, they are mainly marketed in the form of juices of fruit, but there are, especially in local kitchens, numerous recipes that require its use, such as in chutneys or citrus-flavored meats.

Also inevitable in confectionery, where we find them candied, grated, in the form of juices, creams, jams, ice creams, slushes, sorbets and so on and so forth.

Do not forget theaesthetic use for beauty and fragrance as garden plants of many citrus species.

Learn more about cedar, the ancient and forgotten fruit of January

add a comment of Rare citrus fruits: not just oranges