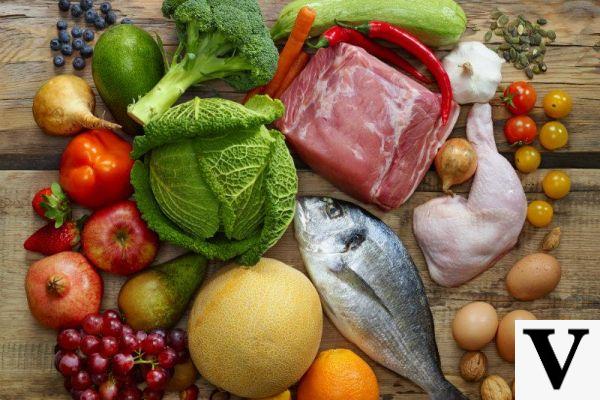 What is the Paleo Diet?

More and more often we hear about paleodiet, this "new" dietary approach based on our genetic makeup.

Man appeared two million years ago and it has been shown that his genetic composition, to date, has changed less than 1%, so the nutritional information left in the memory of our genetic code is identical to that of the era of stone. In other words, we have progressed in many areas, but our genetics are "equal" to that of the paleolithic man.

How do we know what the man of the past ate?

This is allowed by the study:

Based on these systems of investigation, today we can understand the food evolution that goes from the first hominids (4 million years ago, in East Africa, where human evolutionary history begins) to Homo sapiens.

Man has spent more than 99% of his existence on Earth practicing hunting, gathering and fishing, favoring one or the other activity according to the environmental conditions.

We are therefore talking about a diet based on meat, fish, nuts, seeds, vegetables and fruit.


Thanks to the studies of Dr. Loren Cordain of the University of Colorado (creator of the Paleolithic diet), it was deduced that almost 60% of the calories came from the ingestion of animals; in particular, hominids preferred internal organs and bone marrow and rarely feed on eggs.

Today, some tribes still retain this characteristic, such as the Aborigines of the Australian desert, some tribes of the Philippines and the Indians of the Amazon rainforest.
About 12.000 years ago, this genetic makeup formed over millions of years (think of how 12.000 years can affect MILLIONS of years) is completely upset by a change not yet accepted by our organism: the birth of agriculture and breeding allowed the 'man not to migrate anymore' with the alternation of the seasons, preserving foods throughout the year such as cereals, milk and derivatives, defined today as indispensable for a healthy diet.
Foods born and / or imported from this period onwards would go against our genetic characteristics. Furthermore, we would speak of highly caloric and nutrient-poor foods, unlike pre-agricultural foods rich in vitamins, minerals, proteins, etc.
The influence of the contrast between pre and post agriculture on our genetic makeup has most likely triggered, in the last decade, the so-called dysinsulinism or Syndrome X, which over time is able to generate hypertension, obesity, hyperlipidemias, diabetes, diseases cardiocirculatory and more. This happens, as 12.000 years are not enough to modify our genes and readjust them to these new foods. In fact, for this situation / evolution to occur, it is estimated that 20.000 / 60.000 years must pass.

I would like to think about this dietary approach, regardless of whether it can be called Paleolithic or metabolic or zone feeding or something else. What do you eat on this diet?

Foods praised even in the best television salons for their excellent characteristics.

Furthermore, the consumption of large quantities of vegetables and fruit produces an alkaline, non-acidic environment in the body, with protective effects for bones and health in general (we could talk a lot about Western acidification).

Here, too, I think that the judgment is unanimous on lean meats: foods rich in noble proteins with low saturated fats.
Fish and seafood, again, represent excellent protein sources with the addition of fats (omega 3 - when they are not grown on farm) essential for the well-being of our organism.

It is absolutely not necessary to calculate the caloric intake but you must eat your fill.

Loren Cordain recommends respecting these rules in her book:

Do you think there is something harmful in this?

It seems that foods with very high nutritional value are recommended and the so-called junk foods are not recommended.
On the contribution of cereals one can agree or not, but it is undeniable that since their advent in human civilization, man has begun to have some pathology.

Everyone talks about the benefits (?) Of cereals but no one says that cereals also contain:

As for dairy products and derivatives, I wonder ... but how, saturated fats are demonized as they are deleterious for our arteries, and then the daily intake of dairy products and derivatives is recommended?
Continuing on fats, it would be necessary - before verifying the quantity in food - to evaluate the omega 6 / omega 3 ratio. The optimal ratio is 2: 1. The meat and animal fats of the Paleolithic diet reach a ratio of 4: 1, almost perfect.

The current meats from animals raised, coincidentally, with cereal flours contain an omega 6 / omega 3 ratio of 20: 1 which is the one present in any type of cereal !!

add a comment of Paleo Diet: Fashion or Science?