Muscular vigor or dysmorphophobia | What is that? Find out if you suffer from it 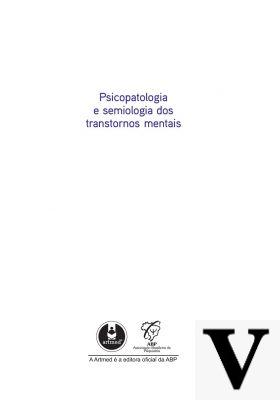 Muscle dysmorphophobia (MD) refers to a condition characterized by the concern, in visibly muscular people, of being too thin and underperforming. Pope, a psychiatrist, in 1997 described this condition as "a chronic worry of not being sufficiently muscled".

The first to describe the problem of bigorexia was Harrison G. Pope, Professor of psychiatry at Harvard University, who in his book The Adonis Complex initially defined it as reverse anorexia, with reference to the fact that the anorexic patient she saw fat, despite being very thin, the vigorous subject always saw himself as thin and not muscular even after having achieved a very muscular and athletic body.

Pope later renamed this condition as "muscle dysmorphia", ie a particular type of body dysmorphic disorder in which the concern was not limited to a specific physical abnormality but concerned the whole body.

DM can be defined in different ways: bigorexia (big = grande and orex = appetite, "hunger for thickness", the desire to have a more muscular and at the same time lean body compared to what one perceives to have); vigoressia (vigor = strength and orex = appetite, hunger, desire to be strong and vital); complex of Adonis (character from Greek mythology, depicting the ideal of male beauty).

It generally affects men, especially between the ages of 15 and 35, practicing sports such as football, wrestling or body-building, where the workouts are aimed at developing muscles and strength. (Leone James E .; Edward J. Sedory; Kimberly A. Gray. 2005). Around 100.000 people in the world seem to suffer from this disorder but with great probability this prevalence is underestimated due to the difficulty in recognizing who is affected by it.

However, women are also subject to DM, a study carried out in Boston gyms reported that 33% of respondents admitted to using or having used anabolic steroids, at times, with addiction to these substances. 56% of the users reported hypomanic symptoms during use and 40% depressive symptoms when in withdrawal. Finally, both the users and the others showed strict diets (Eating disorder bodybuilder type) and dissatisfaction with their physical appearance.

Eating disorder, body dysmorphism or obsessive-compulsive disorder? Muscle dysmorphia is currently not included in DSM IV as a separate diagnostic category and it is debated whether it should be classified as an eating disorder or as a subtype of body dysmorphic disorder.

According to Pope, although the typical symptoms of anorexia nervosa and inverse are comparable, the main feature of the second case appears to be the concern about one's own body while eating disorders (exaggerated control of nutrition) play a "secondary" role (Olivardia , 2001).

The main concern of people with muscle dysmorphophobia is not how thin they can become rather than big and muscular.

Another study (Asier Martìnez Segura et al. 2015), instead focused attention on the diet of subjects with DM comparing 45 athletes suffering from DM with 96 normal athletes between 18 and 45 who were trying to increase muscle mass.


The results show that the caloric intake is generally higher in subjects suffering from DM and how the consumption of proteins goes from an average of 1,5 g / kg / d in "normal" athletes to quantities greater than 2 g / kg / d in subjects with DM, as regards the other macro and micronutrients, no significant differences were found.

Body dysperception or pathological concern with respect to a body deemed not sufficiently dry and muscular (in extreme cases it is possible to have prostheses implanted in the pectorals to achieve the ideal shape); addictive behavior towards physical exercise.

The bigorexic is a slave to training to the point of spending all his free time in the gym, losing sight of work, friends, family; possible abuse of anabolic substances to increase muscle mass and improve physical performance; disturbed eating behavior up to orthorexia, or the application of strict dietary rules. It is a very rigid and unbalanced meal plan, rich in protein and low in fat and with a precise calculation of the calories consumed.

The obsession of the individual affected by DM never finds fulfillment, the results obtained do not matter because, in any case, for the person they will always appear inferior to what he wanted to obtain; the subject devotes most of his time to satisfying this desire, not giving importance to the rest of his life. The main problem is that the subject can get to make use of drugs that increase muscle tone, which can be toxic to the body.


The etiopathogenesis of this pathology is not fully known. It is supposed to be focused around two main determinants, not entirely independent of each other. The first to be called into question is the genetic factor: there would be a predisposing biological factor for which some people would be particularly prone by nature to develop pathologies of this type (with a strong obsessive-compulsive connotation).

The second cause is of a psychic nature and concerns the low self-esteem of the subjects affected by this pathology: often the young bigorexic adult was a slender, thin and sickly child, mocked by friends and schoolmates or overprotected by the parents he has now found. a way to retaliate, to defend and protect themselves by creating a kind of muscular armor.

It is not yet clear which is the most effective therapeutic procedure; moreover, it is often very difficult to diagnose this problem and subsequently, to convince the sufferer to start therapy. The Harvard Eating Disordes center states that students with this disorder should be treated with the utmost respect and empathy to prevent them from being "scared" that someone wants to change their participation in sport.

As reported by Dawes and Mankin (2004), the best strategy in this regard turns out to be a multidisciplinary approach that combines medical, nutritional and psychological skills.

Muscle dysmorphophobia is an emerging disease. The pressures on men to appear leaner and more muscular have promoted an increase in those psycho-behavioral disorders often linked to anorexia and bulimia nervosa.

Athletes are particularly susceptible to the development of body image perception disorders especially due to the pressures exerted by the sporting environment and fashion that promotes muscle and strength.

It is therefore necessary, given the importance that this pathology is assuming day after day, that scholars continue in the future to monitor and document the incidence of bigorexia in the population and try to find the correct pharmacological and psychoanalytic therapy to deal with this disorder. .

Audio Video Muscular vigor or dysmorphophobia | What is that? Find out if you suffer from it
Rower Gym | Affected Muscles, Benefits and Training Program ❯

add a comment of Muscular vigor or dysmorphophobia | What is that? Find out if you suffer from it