What is the Montignac Diet

The Montignac diet, named after its creator - Michel Montignac - is a food philosophy that seems to impose few restrictions. It is not, in fact, a "low-calorie" diet, but an eating style that tries to adapt to all cultures, applying food choices based onglycemic index of foods, in order to control body weight. 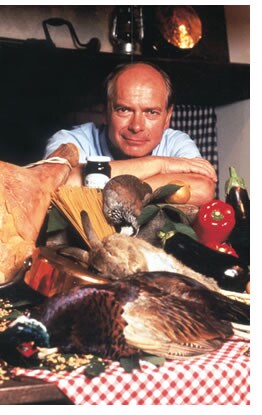 The objectives of the Montignac method are:

Montignac defines his method as "the only perfectly balanced diet": lose weight without eating less, but definitely better!

The Montignac method seems to have a long history; since the 80s its founder has conducted studies and in-depth studies on the glycemic balance conferred by foods.

Michel Montignac is a world-renowned nutritionist and author of numerous texts translated into different languages ​​and marketed in many countries; in Europe it has exceeded 18 million copies sold.

How does it work

Michel Montignac makes the fight against hyperinsulinism his strong point; he tries to demonstrate that it is not the caloric amount that significantly affects weight control, but rather an organic hormonal dysfunction. According to this principle, two foods containing carbohydrates in similar quantities with different glycemic indexes can contribute (with the same energy) to the increase or reduction of body weight.
Analyzing the theories of the "pioneer" of the glycemic index, the message comes loud and clear:

Well, to avoid misunderstandings as well as the spread of misunderstood concepts, it will be my concern to investigate with greater objectivity the functioning of insulin and the influence of the diet on its release.

Insulin is a hormone that performs an anabolic function, that is, it promotes storage and synthesis; it is involved in the restoration of glycogen reserves and adipose reserves, promotes muscle protein synthesis and at the same time inhibits the catabolism (consumption) of all three of these substrates / tissues. Leaving aside (but not omitting) the importance of this hormonal mediator for energy recovery, for the entry of glucose into insulin-dependent cells, therefore for LIFE, I believe it is essential to highlight that although insulin has storage functions , its release is limited to the post-prandial moment and in physiological conditions its blood presence is reduced proportionally to the glycaemia. In the absence of dysmetabolic pathologies, the insulin response is absolutely weighted to the index and the glycemic load of the meal, therefore, the release of insulin is not an enemy to fight!

Although Montignac was the first specialist to focus on the choice of foods with a low glycemic index, readers should not be misled by the popular emphasis that promotes the method. The glycemic index certainly affects insulin release, but it is a requirement that subordinates to 2 other similarly priority concepts (not present in the Montignac guidelines):


the evaluation of the individual glycemic indexes assumes a much less important role; the key to a correct diet is equally constituted by the choice of foods and the management of portions.

Having said that, among the bibliographic sources of the Montignac diet it is possible to find a scientific study by the scientist B. Jeanrenaud; the experimental describes the correlation between hyperinsulinism and obesity defining them directly proportional.

The publication finds practical confirmation of this theoretical concept by artificially reproducing hyperinsulinism in animals and obtaining, with the same caloric balance, a weight increase in subjects with the greatest exogenous administration.


The interpretation of the study could be completely different


First of all, the trial focuses on the effect of pharmacological hyperinsulinism, therefore NOT PHYSIOLOGICAL, in relation to the increase in body weight. Being an anabolic hormone, it is clear that, with the same caloric balance, whoever has PATHOLOGICAL levels of insulin undergoes its fattening effects; pity that (excluding hereditary metabolisms) hyperinsulinism is NOT a physiological condition! The overproduction of this hormone is caused by hyperglycemia induced by the REDUCTION OF PERIPHERAL receptor SENSITIVITY, typical of overweight or obese subjects.
It is not PHYSIOLOGICAL insulin that generates obesity ... but it is obesity (induced by an INCORRECT diet) that reduces insulin sensitivity, causing CHRONIC OVERPRODUCTION; it is fair to say that hyperglycemia associated with hyperinsulinism facilitates adipose deposition… but this is an event that can be easily avoided by intelligently managing food portions.

Ultimately, it is not correct to demonize insulin by attributing to it the role of fattening hormone, since at physiological levels, it does not have any side effects; moreover, in physiological conditions, and guaranteeing adequate portions, even foods with a high glycemic index do not significantly affect hyperinsulinism and adipose deposition.

According to the Montignac method, by consuming only carbohydrates with a glycemic index lower than or equal to 35, the insulin response is ENOUGHLY LOW to allow the activation of the slimming enzyme, triglyceride-lipase, and thus trigger weight loss.

Even this positive effect on the metabolism is subordinated to the food portions; although low on the glycemic index, one lentil dish does not generate the same insulin response as 2 lentil dishes! Furthermore, I agree that by favoring the PHYSIOLOGICAL activation of the triglyceride-lipase it is possible to optimize the reduction of adipose reserves, but if the enzyme is already physiologically active, it certainly cannot increase perpetually.

It is possible to state that the Montignac diet it could prove to be an effective method in the treatment of dysfunctions such as metabolic syndrome and type 2 diabetes, in which it is essential to reduce CHRONIC hyperglycemia as much as possible but without adopting a low-carb diet.

On the contrary, in healthy subjects, totally excluding foods with a high glycemic index, replacing them with others with a low glycemic index, REGARDLESS OF THE CONSUMPTION PORTIONS, could be at least an unjustified limitation.