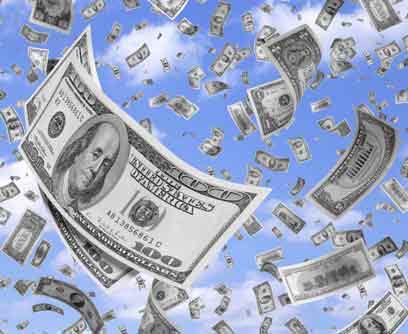 Some executives are paid extra bonuses and are very well paid if they achieve the goals set by the company. In theory, these bonuses are thought to increase people's performance. It would be something like cheese for mice or carrot for donkeys pulling wagons… but do we all work like that? An incentive can work like one motivation very strong that gives us the impulse to tackle certain tasks while always keeping us focused, but the material incentive does not always turn out to be an excellent motivation tool. In this regard, Ariely and her collaborators speculated that the hefty bonuses would actually reduce people's engagement. To test this theory they went to India and recruited people who had a low standard of living; 26% of these did not have a formal education, only 50% had a television, no one owned a car and only a minority had a telephone at home. Scholars created three reward groups: 4, 40, or 400 rupees. It should be emphasized that the 400 rupees corresponded to an average monthly salary and therefore constituted an important sum of money for the participants. The volunteers were asked to carry out nine different tasks, in addition, they were specified that for eight of these, depending on the degree of commitment they put into it, they could access one of the various reward levels, thus earning the corresponding money. The researchers' interest was to establish whether the motivation for obtaining this "extra bonus"Would have affected the level of commitment. Some tasks required problem solving skills, others concentration or creativity. Some examples of the activities to be completed were: - Packaging: the participants had to arrange some spare parts inside a special leno box. A good dose of creativity was needed to make sure that the spare parts fit perfectly into the container. - Playing Simon: an electronic game for the purpose of evaluating the memory of people who are busy copying sequences of flashing lights. - Labyrinths: a labyrinth in which the person had to avoid some tricks before reaching the end of the path. It was essentially used to assess the level of motor commitment. In 8 of the 9 activities, the promise of a reward caused people's commitment to decrease considerably. The results were impressive, even for the same researchers who thus attempted to repeat the experiment this time in a different country. They moved to MIT in Boston, where the same procedure was used, this time the volunteers were students who were motivated (or demotivated) with the promise of bonuses of 0, 150 or 300 dollars. Even though the North American cultural environment is very different from the Indian one, the results were identical: the higher the bonus offered, the worse the commitment. Of course, the results of this study raised several questions about the true value of cash incentives for the purpose of motivating work performance; Should businesses pay these high bonuses to improve executive engagement? Or perhaps the question should be: If we eliminate these bonuses, would it increase executive engagement? In summary, we can say that the promise of an economic benefit does not always make us more efficient. Because? Simply because we stop concentrating on the task to be performed, we stop taking pleasure in what we are doing and concentrate on trying to get the "expected result" from the person who pays us. To this we must add that we are assailed by performance anxiety so that an insistent phrase begins to buzz in our mind: "I have to do it perfectly" and we get to the point of feeling so pressured that our psychological resources are no longer involved in the 100% in what we do. Conclusions? We must try to always work in a field we love, when we put all our resources into a business, the economic reward will not be long in coming and then and only then will it be welcome!

You must learn to be grateful for what was not ❯