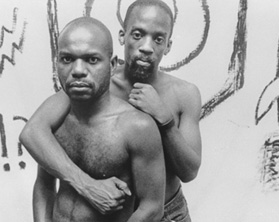 Not all cultures view homosexuality in the same way. Currently, especially in cosmopolitan cities it is an accepted reality and many consider themselves modern as homosexuals. But ... how modern are we really? How is male homosexuality viewed in other cultures?

The obstacle is the path ❯

add a comment of Male homosexuality in different cultures