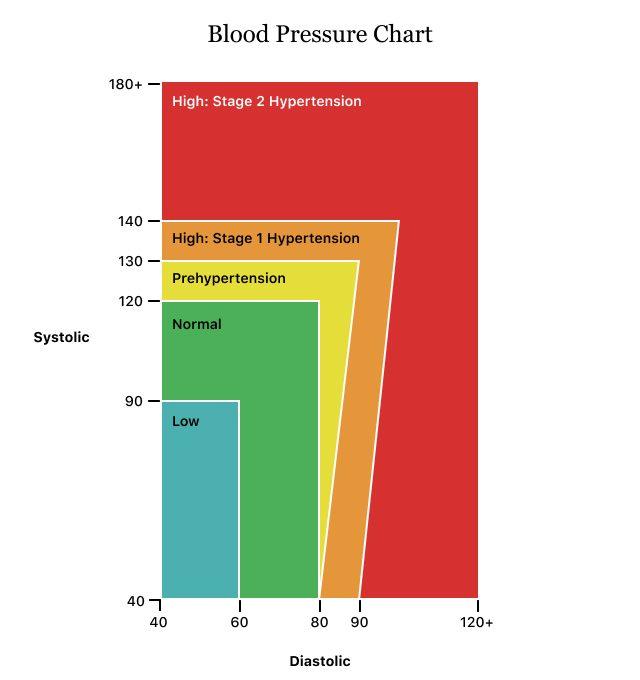 
For further information: The best blood pressure monitor: the most efficient models

What is low minimum pressure?

A low minimum pressure can be the result of:

The presence of a low minimum pressure and the hypotensive state of which the latter is a part can be asymptomatic - i.e. symptom-free - or symptomatic, that is responsible for a certain symptomatological picture.
In general, the lack of symptoms in spite of a low minimum pressure and a hypotensive state is typical - as has been anticipated in part - of cases of constitutional hypotension, while the presence of a certain symptomatology is a peculiarity of cases of pathological hypotension. , drug induced hypotension and pregnancy hypotension.

What are the symptoms of low blood pressure?

The typical symptom picture when low blood pressure is part of a symptomatic hypotensive state includes:

When the minimum low pressure falls within a context of severe hypotension (for example following a serious illness), the organs of the person concerned no longer receive the amount of blood that allows them to remain healthy and function at their best.
If the appropriate treatments are lacking, this inadequate blood supply and the consequent suffering that the organism undergoes can cause the patient to go into a state of shock.

Characterized by paleness, a weak and rapid pulse, fast and shallow breathing, and cold sweats, shock, in the absence of emergency (therefore immediate) therapy, can be fatal.

Why does low blood pressure cause symptoms?

A low pressure in the maximum and minimum values ​​becomes symptomatic when the effects it produces on the blood circulation are responsible for brain suffering.
Therefore, it is based on the degree of brain suffering that the symptoms can be more or less severe. In fact, mild brain suffering causes mild disturbances, such as dizziness when getting up quickly from a lying position; on the contrary, severe brain suffering causes important manifestations, such as syncope (or fainting).
Speaking of syncope, this event is a real defense mechanism that the body implements in order to protect itself from the negative effects of an excessive drop in blood pressure. In fact, the lying position that follows the fainting means that the blood encounters less difficulty in its path and reaches the heart and brain more easily.

Why research the causes of low minimum blood pressure?

Identifying the underlying conditions of low blood pressure is important because it allows for the most appropriate therapy planning.

Low minimum pressure: the best meters on the market to detect it

Monitoring blood pressure is of fundamental importance, especially in subjects at risk of fluctuations. For several years, i pressure gauges portable, which you can keep on hand and ready to use in case a measurement is needed. Here are some of the products most appreciated by Amazon users, among those that can be purchased on the e-commerce portal.

Among blood pressure monitors, it is particularly successful on Amazon OMRON X2 Basic, which offers an oscillometric method of blood pressure measurement with the support of a cuff, which allows you to check your blood pressure from the comfort of your home. Easy to use, it allows monitoring of blood pressure at home with reliable, accurate results and with the detection of irregular heartbeats. For accurate home monitoring, X2 Basic measures blood pressure by detecting blood movement in the brachial artery thanks to the 22-32cm cuff.

Sanitas SBM 21 is an upper arm blood pressure monitor that classifies the results with a colored scale, detects the heart rhythm and warns in case of possible arrhythmia. It is equipped with a large LCD display with date and time, automatic stop device. This product is particularly appreciated for its cost-effectiveness: it is intended for arm circumferences of 22 - 36 cm and comes with a practical carrying case.

Il HOMIEE blood pressure monitor has a 5 "backlit LCD sphygmomanometer, which offers a clear display of all measured values ​​on a large screen, including date and time display, which is particularly easy to read for the elderly. Up to 180 readings can be recorded: the cuff size is 22-42cm, suitable for different arm circumferences. Two power options: Comes with 4 AAA batteries, which can be powered via the Type-C interface, although the charging cable is not included If no operation is performed, the machine will automatically turn off after three minutes.

When low blood pressure lacks associated symptoms and, from diagnostic tests performed, appears to be part of a constitutional hypotensive state, no specific care or treatment is generally required. As stated, in fact, constitutional hypotension does not constitute a danger to the health of the person who carries it.
The speech changes considerably when the minimum low blood pressure and the hypotensive state of which it is part are symptomatic and depend on a very specific cause. In such circumstances, in fact, the current condition requires specific therapy against the triggering factor (causal therapy).

Sometimes, even the low minimum blood pressure resulting from constitutional hypotension can be the cause of a certain symptom picture; however, in these situations, it would be better to talk about annoyances rather than symptoms.
According to doctors, the best advice against such ailments are:

It should be noted that the possibility of a symptomatology associated with a low minimum blood pressure, in a context of constitutional hypotension, is more frequent in summer months - therefore when it is hot - as the high temperature is a factor favoring the lowering of blood pressure (therefore, in a person already hypothesized by nature, the heat is responsible for a further reduction in blood pressure levels).

When the minimum low blood pressure depends on a specific trigger, which can be a disease, a particular health condition or the intake of a certain drug, the treatment of this trigger (when possible) allows the values ​​to be brought back to normal. pressors or, at least, bring them closer to normal limits.
Examples of causal therapy are: