Kombucha, a drink with magical benefits 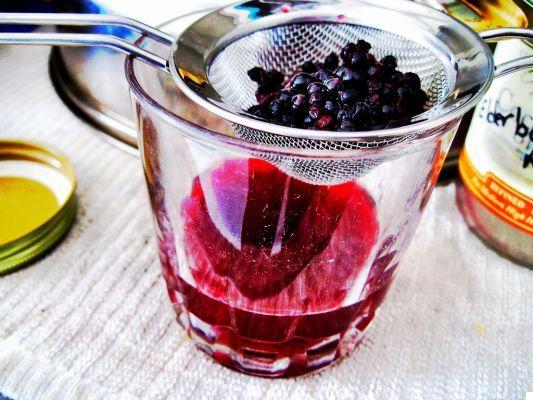 Sales growth of 60% on the US market in 2014, $ 500 million in revenue in 2015, stars of the caliber of Madonna, Gwyneth Paltrow, Reese Witherspoon e Leonardo DiCaprio who consume it regularly and boast the benefits for it health. Here you go Kombucha, the most popular drink of the moment, at least overseas.

Known and used for centuries in the East, is a sweetened black tea which, thanks to the addition of a scoby (a flat and soft disc that is a mix of bacteria and yeasts), ferments and takes on a characteristic sweet and sour taste, which can be reminiscent of cider. But bacteria and fermentation are words that often make us think of something dirty and dangerous. “There is little to horrify, the principle it is the same as yoghurt, beer or a glass of wine, also foods fermented by bacteria and yeasts ”, explains Diana Scatozza, expert in food science.

Because it is good

Kombucha is often described as an elixir of life, but how much of it is there? "One of its properties is the probiotic one, the same as the
yogurt: causes lactic ferments, which are very useful to the body, to reach the intestine. These substances in fact increase the production of vitamins of group B and vitamin C which, by favoring the formation of antibodies by lymphocytes, stimulate the immune system. They also serve to increase some acids in the body (gluconic, acetic, tartaric, oxalic and citric), which have a detoxifying effect on the liver.

The other properties boasted by kombucha, such as the anti-aging ones, have not yet been confirmed by the scientific community, so they should be downsized for now, ”says the expert. contraindications There are categories of people to whom this tea could even harm. "With fermentation, kombucha becomes slightly alcoholic (in the order of 1% -1,5%), so it is not recommended for children and adolescents, to those who have problems with high blood sugar levels, such as diabetics, and finally to those who use drugs that interact with the nervous system, for example antidepressants. In these cases, the use of kombucha must be agreed with a doctor ”, concludes Diana Scatozza.

If you want to do it at home

The drink in the country is not yet on the market, but you can self-produce it. There is indeed a network of enthusiastic domestic fermenters. Through Facebook groups "Kombucha time of the country", "Kefir, yogurt, kombucha and more" and "Wild Fermentation of the country" you can get the scoby, the yeast needed to start production, sent to you. Once you get home, make some black tea (green or rooibos are fine too), sweeten it and let it cool.

Transfer everything to a glass jar by dipping the scoby in it. To create an acidic environment that neutralizes "bad" bacteria, add a little apple cider vinegar to the tea. Cover with a breathable fabric. In seven days the scoby will double in volume and your tea will have become kombucha. Before drinking, put some away with the scoby, you will add it next time instead of apple cider vinegar.

Audio Video Kombucha, a drink with magical benefits
Get rid of 2 kilos in 2 weeks on the rice diet ❯

add a comment of Kombucha, a drink with magical benefits