Knees valga | What are the causes? Remedies

The term valgus knees stands for a non-physiological, often painful, condition of the knee joint. The “valgus” of a joint occurs when the medial part of the joint is beyond the correct alignment. The medial angle of a joint appears to be greater than a flat angle or in any case wider than the physiological one. Not all joints have a physiological alignment at a flat angle: the elbow itself has a certain degree of valgus. This is not the case with the knees which, on the contrary, have a minimum degree of varus (a condition opposite to valgus).

It is not possible to identify a single cause of knee valgus. The reason may be either a dysfunction at the level of the joints immediately following, i.e. ankle and hip, or a problem in the support base, therefore in the foot, or a stenic deficit (strength) in the muscles of the lower limbs, often the quadriceps.

The knee is a relatively inflexible joint: it allows flexion and extension movements and in some cases medial and lateral rotation. It is possible to have medial (intra rotations) and lateral (extra rotations) rotations only when the joint reaches a degree of flexion of about 90 degrees. In this condition, the ligaments of the knee are stretched (released) and therefore greater freedom of movement is possible. From a morphological point of view, the knee is a dysarthrosis, in particular a condyle. It is the largest joint in the human body and is made between the femoral condyles and the tibial plates.

The condyle is a di-arthrosis in which a concave ellipsoidal surface articulates with a convex ellipsoidal surface. As the name suggests, the tibial plates do not have a concave surface. Joint congruence is therefore guaranteed by the menisci. These are fibro-cartilaginous cushions that allow joint coherence, cushion mechanical trauma and promote metabolic exchanges.

This knowledge is important because they allow us to understand how a non-physiological alignment goes to put the joint in crisis: one side of the joint has to bear
a greater load which leads to greater wear as well as a dangerous transmission of forces.

Problems with other joints

A common cause of valgus knees lies in the immediately adjacent joints. For example, if the gluteus medius, which participates in hip movements, fails to maintain the alignment of the femur, it tends to fall medially.

In order for the foot to remain resting on the ground, the tibia must also be angulated and therefore a valgus knee results. Another case is an ankle problem: if this is in a non-physiological position, the knee is also affected. Another example is an overly pronated foot. This causes the knees to sag medially, unless the pelvic musculature is strong enough to compensate for the misalignment.

In all these cases the problem is not in the knee but in the other joints. An imbalance along the kinetic chain leads to modifications in the consequent links of the chain and thus problems follow one another throughout the chain. The knee is a very mobile joint and therefore is not the cause of its problems in itself but rather the victim of compensation.

It can occur that there is a stenic deficit, or strength, in some muscles that maintain the alignment of the knee. Previously we talked about the gluteus medius. But sometimes the problem lies in muscles that directly participate in the movements of this joint: the quadriceps.


The quadriceps are the largest muscle in the body and one of the strongest. They are an anti-gravity muscle that must support the weight of the body at all times when we are standing. If the contraction of the quadriceps were not constant it would tend to fall forward with the knees, which would be pushed by the force of gravity which tends to make them flex.

We are talking about relative strength of the quadriceps or strength in relation to your weight. If you are definitely overweight your body tends to find ways to unload the excessive work it cannot cope with with the musculature. To unload the weight from the muscles, the joints are involved. However, these are not made to dissipate force but to transmit it to the muscles. The valgus knees allow to unload part of the weight force: the force vector is not straight but deviates inward, however, joint suffering follows.

Valgus knees are not too complex a picture and, as in all circumstances, to remedy a problem it is necessary to act on the causes. However, this is not enough because the non-physiological motor pattern is now assimilated. In fact, it is possible to solve the cause of the problem but continue with an incorrect motor attitude. It is therefore necessary to work on proprioception and postural control, as well as a constant effort in maintaining a correct posture. 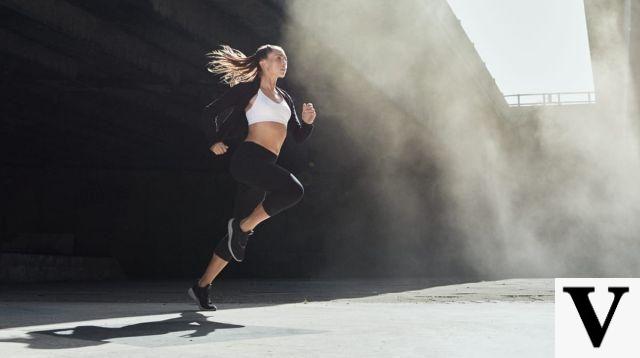 To resolve the excessively pronated foot, it is necessary to work on maintaining the plantar arch and strengthening the posterior tibial. In general, if you can actively, therefore with your own movement, create the plantar arch and align the foot, then you are not facing a structural problem but a muscular one. The condition can therefore be corrected or at least improved.


If you are unable to achieve foot alignment you may be facing a structural problem. In this case, the condition can be improved with targeted therapies and the use of orthotics. The proprioception work consists in making an effort to maintain a plantar arch, feeling the heel, the base of the first toe and the base of the fifth toe as points of support.

A foot muscle strengthening exercise involves trying to grasp objects, such as a towel placed on the floor, with the toes. This exercise may seem strange but it allows you to strengthen the intrinsic muscles of the foot. To strengthen the posterior tibial, it is necessary to work in single breech support holding a weight in the hand on the same side of the supporting foot and unbalance with the body on the opposite side.

The knee must remain extended. You will immediately feel active work from the posterior tibialis to maintain balance by resisting the force of pronation.

To strengthen the muscles that move the ankle, it is necessary to strengthen the gastrocnemius and soleus. Ankle alignment typically adjusts with the restoration or improvement of the arch.
Gastrocnemius and soleus are also involved in the maintenance of the plantar arch (in particular the soleus). Constant effort to keep the ankle straight throughout the day also helps. 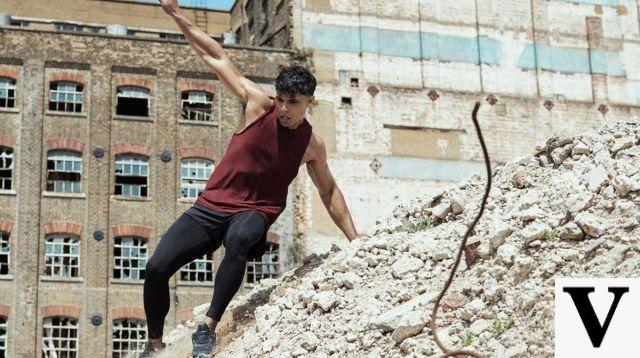 Attention should be paid to all three gluteal muscles. The gluteus maximus participates in the extra rotation of the femur and contributes to a physiological posture that helps the transmission of the weight force of the body. The gluteus medius and gluteus minimus stabilize the hip, in particular they participate in the abduction of the femur, if the pelvis is considered as a fixed point. To strengthen the gluteus medius it is necessary to perform thigh abductions, lying on one side, keeping the knee in line with the torso and hip slightly intra rotated.

If you bring the knee forward with respect to the torso, you end up recruiting the TFL and this leads to other problems. Another very effective exercise are the semi-straight leg deadlifts
single keeping the weight in the hand opposite the foot on the ground. The additional weight leads to a tendency to rotate the body which, theoretically the lobar area should be aligned, puts a lot of stress on the pelvis stabilizers, especially in the phase of maximum elongation. Insert a 3 second pause at this point and choose low loads and moderate repetitions, and focus on perfect alignment.

The first tip for increasing relative quadriceps strength is to lose excess weight. This allows for a general improvement in health, not just in the knees. It is also good to train i
quadriceps, both because strengthening the muscles is profitable and because it allows to promote the body recomposition process.

The best exercises are squats, especially front squats. These put more emphasis on knee extension and at the same time need more control of the
movement and help posture. Also in this case, choose moderate repetitions and perfect execution, in particular the knee must always remain aligned with the second toe
(concretely it must move in the same line as the foot).

Finally, it is important to constantly check your posture during the day. Every now and then you have to pay attention to the position of the knees and bring them outwards. if you insist on this correction and at the same time work on the joint causes and on postural reinforcement, it is absolutely possible to solve the problem of valgus knees by improving both the state of health and one's performance.

Audio Video Knees valga | What are the causes? Remedies
Days of rest | They are useful? Post workout rest ❯

add a comment of Knees valga | What are the causes? Remedies