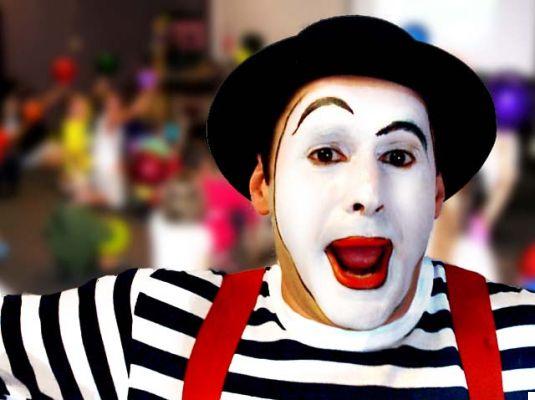 In psychological help manuals and on the subject of
communication, one of the most common tips is that to imitate language
corporal of the other helps to increase empathy between people. However,
in a previous article related to mimicry
of gestures, we had already seen that imitating the gestures of the other can be
perceived by an outside observer as something negative, discrediting us to
his eyes and making us appear less intelligent.

In 1999 the psychologists Chartrand and Bargh developed
a series of experiments in which they wondered if people tend to imitate
automatically others and if the mimic really increases empathy in the
conversation. Imitate the
others is automatic? In the first experiment the psychologists analyzed 78
people who were asked to undergo an interview. The interviewer
was prepared in advance to use certain gestures that allowed
see if people repeated them. The result? Indeed, people tended to
imitate the interviewer. The most imitated gesture was that of crossing the legs
followed by touching her face. The mimicry
increases empathy? In the second experiment the researchers went back to
analyze 78 people who were asked to comment on what they thought of
a photo together with an interviewer (the interviewer was always prepared why
imitated some of people's gestures). The trick was that half of the
people had to be imitated in their gestures and the other half not. At the end, it came
asked participants to express on a scale of 1 to 9 how likeable
turned out to be the interviewer. The result? When the interviewer had imitated their gestures
he was sympathetic in a percentage of 6,62% while that when he was not
imitated none the percentage dropped to 5,91%. Of course, it's not one
substantial difference but it is still statistically significant. Which
conclusions can we draw? Simply, that the "chameleon" effect is not all
helps this reptile to camouflage itself in its environment to survive but that
we humans also apply it unconsciously every day, perhaps because
it is a social learning that allows us to better adapt to the environment
we live in. So, if you want to increase empathy during one
conversation, you could imitate the gestures of the other but, remember that it would be
better that there wasn't a third person watching, since in this case
we could make a bad impression.
Mimicry in communication: when is it a mistake? ❯

add a comment of Is mimicry effective in communication?