Iron deficiency: what tricks to adopt in the diet 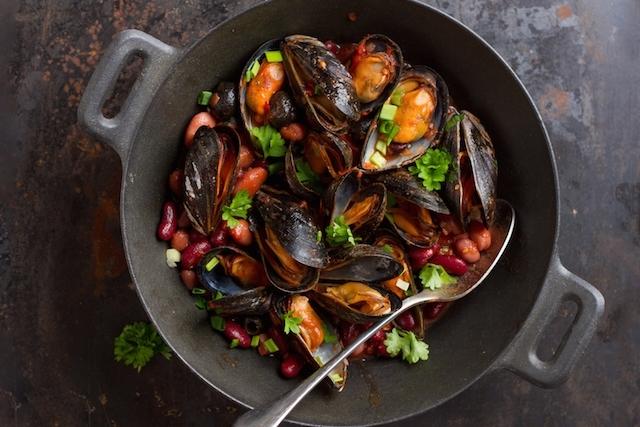 It could be anemia, or ainadequate power supply. In any case the iron deficiency  in the long run it can be a lot harmful to health.

Il iron in fact - inside the hemoglobin - it serves for carry oxygen (and therefore life) to all cells of our body. We must take action as soon as possible to deal with the iron deficiency.

There are some small tricks that alone could help a lot. Here are the tricks to adopt in the diet in case of iron deficiency.

First of all you need to know the foods rich in iron, which can be of animal origin (meat, fish, eggs) or vegetable (legumes such as lentils, soy, or wheat germ).

We always talk about iron absorption and tricks to be adopted in the diet to cope with its deficiency. Have we ever wondered why?

In food, iron is present in dand chemical forms: heme and non-heme iron. Heme iron constitutes about 40% of the iron contained in foods of animal origin (meat, fish, eggs); a percentage ranging from 20 to 40% is absorbed and its absorption is not influenced by the general composition of the diet.


However, heme iron makes up a small portion of dietary iron.

Heme iron is absorbed as such: the entire heme molecule passes into the intestinal cell. Non-heme iron, on the other hand, undergoes some chemical transformations in order to be absorbed: it must be detached from the original molecule, transformed into divalent non-heme iron (Fe2 +), and bound to other substances (organic acids, sugars) in order to enter intestinal cells. .

Gastric acidity and dietary foods they facilitate or prevent this very last process.

Iron deficiency: what tricks to adopt in the diet. No tea and coffee after lunch

La caffeine is a substance belonging to purine alkaloid family, a group of compounds widespread in plants, such as for example atropine, nicotine, strychnine, morphine, etc .; it is physiologically active on animals even at very low concentrations; it is probably used by the plant as a defense mechanism from herbivores.

Tea leaves have a caffeine content about double (2-4%) compared to coffee seeds (1-2%); however, due to the different extraction method, the infusion (tea) contains approximately four times less caffeine than leachate (coffee).

The polyphenols contained in caffeine hinder the absorption of iron in the intestine, so they should be eliminated from meals as they could contribute to worsen iron deficiency.

Attention! Caffeine is not only contained in coffee but it is also found in several foods: cola drinks, yerba mate, chocolate, energy drinks, guarana.

If we really can't do without it, let's remember to take tea or coffee (or anything that contains caffeine) away from meals (especially those containing vegetable sources of iron) and avoid prolonging the tea infusion too much (which increases the extraction of tannins in water).


Iron deficiency: what tricks to adopt in the diet. Beware of milk.

There are scientific studies that confirm how casein and calcium contained in milk and derived products are an obstacle in the absorption of iron.

Therefore in case of iron deficiency we will have the foresight to organize our diet eexcluding dairy products from meals that will contain other forms of iron: meat and fish but above all legumes and vegetables, sources of non-heme vegetable iron.

Iron deficiency: what tricks to adopt in the diet. Beware of phytates

Whole grains, spinach, nuts and legumes are abundant sources of phytates, "antinutrient" molecules which hinder the absorption of vital substances, especially the iron in non-heme form. In case of iron deficiency we therefore recommend do not consume these foods in association with sources of vegetable iron, or of soak legumes for a long time or cook whole grains and spinach for a long time, since soaking and cooking cancel the action of the phytates.

Iron deficiency: what tricks to adopt in the diet. Green light to vitamin C

Finally some good news! There is a molecule capable of facilitating (almost doubling) the absorption of non-heme iron: vitamin C. In case of iron deficiency, then, green light in our diet foods richer in vitamin C: rocket, raw peppers, fresh peppers, which contain vitamin C in quantities even greater than those contained in citrus fruits.

Audio Video Iron deficiency: what tricks to adopt in the diet
Black carrots and other varieties: characteristics and properties ❯

add a comment of Iron deficiency: what tricks to adopt in the diet