How to obtain a Will of Steel 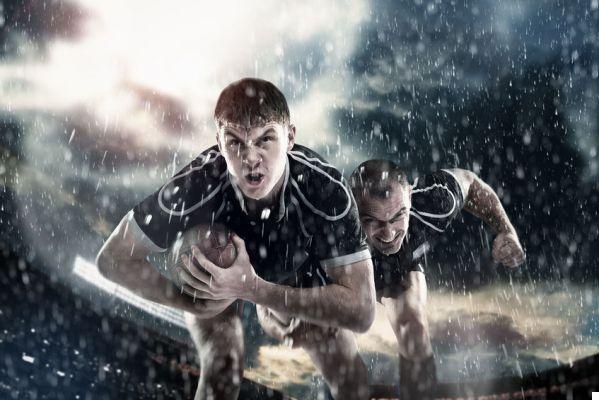 If you type the keyword "willpower”, You will see that all sorts of desires and aspirations are connected to it.

For example, you will find "willpower" for:

And so on for many other small and large purposes.

Now, reflecting on this research related to willpower, I can only notice three things:

1. Willpower is the basis for any change.

With an adequate amount of willpower you can do anything and achieve almost anything.

And therefore, on the contrary, its lack is precisely the main obstacle to our realization.

It is no coincidence that in my book, The Kata of the Will, I compare the lack of willpower to a disease, and moreover serious.

2. Lack of will overturns the natural mechanism of desires

Or, in other words, the lack of willpower makes us have less and less of what we want and increasingly of what we do NOT want.

3. Everyone wants to change for the better.

Nobody looks for information on the internet to find out how to use willpower to get worse!

Everyone wants to use it for resist temptation and achieve something good for themselves and / or for others. And this is, frankly, beautiful, and by no means taken for granted.

While there is sometimes a desire to lose faith in the human race, in reality there seems to be a natural tendency in the heart of each of us to become better people.

Who would not, in fact, want to be able to overcome every obstacle, keep the promises he makes to himself and to others, run towards his own goals and get up from every fall, always supported by a willpower of steel?

The problem, however, is that we have, perhaps, a huge heart, but a little ability to resist temptation.

More than anything else because, in using willpower, we make a fundamental mistake ...

Let me explain it to you starting with a famous psychology experiment.

An experiment on willpower

What is the secret of someone who has a lot of willpower? Maybe he uses it very little….

In 1996, at Case Western University, a group of psychologists conducted a series of experiments to measure effects of positive and negative emotions on willpower.

In one of them, a sample of about seventy students was recruited and told they had to participate to a test on taste memory to which they had to present themselves on an empty stomach.


Once the test began, each was placed in front of two plates:

Half of the students were asked to eat ONLY the chocolate chip cookies, and the other half ONLY the roots.

They followed the instructions and each ate only the food assigned to them.

After that, with the excuse that there was still time left, the researchers asked the boys to take a second test, the purpose of which - they said - was to measure their problem solving skills.

Each one was therefore given a set of problems to solve, but without any obligation to complete them: they could leave whenever they wanted.

Finally, to top it off, the problems were actually NOT possible to solve, so that the students' frustration level was maximum.

Obviously the students, one after another, they gave up and left, until after 30 minutes, there were only 4 left.

At that point, the examiner stopped the test and dismissed them.

In fact, the difference between one group and another was statistically enormous.

The conclusion of the experimenters was that, those who had had to force themselves to eat the roots, had "tired " their willpower and consequently had performed poorly in the second test.


The mistake to avoid when using your willpower

How do you eat an elephant? One bite at a time! Confucius

In light of what we have seen, the worst mistake you can make is to use your willpower, is trying to get them to digest big efforts all together.

Which, on the other hand, inevitably happens.

In fact, driven by enthusiasm or a fleeting motivation, we often tend to focus on very ambitious goals, which we may even try to tackle at the same time!

But losing 30 kg, taking 10 exams, earning a million euros…. they are the typical objectives that, once the euphoria of the moment has passed and considered carefully, rather than motivate they make us desperate, because they require a lot of effort and a lot of time.

Does this mean that we should not dream big but be satisfied with little, so as not to stress our willpower?

It simply means that we need to change the way we approach our big goals.

Imagine, for example, that you need to lose 30 kg of weight in the next 12 months.

It is a result that, measured as a whole, it requires enormous effort and application, with the risk that, rather than motivated, you will feel dejected before you even begin.

What would you say instead of losing two and a half kilos in a month? Seems much more feasible doesn't it?

But 30kg in a year is just the sum of 2kg and a half per month for twelve months.

Same result, then, but thought and planned in a completely different way, namely:

This is an approach that has at least 4 major advantages:

This last aspect is particularly important because, as we are about to see, it is what, over time, will allow you to build yourself a will of steel.

Let me tell you why.

Think back for a moment to the experiment conducted at Case Western University….

You asked yourself because the problems assigned to the students were unsolvable?

The fact is, if the problems had been solvable, the most capable students would have received a small surplus of willpower to each solution reached, thus delaying the moment when they would go away.

And the results obtained by the researchers would have been influenced, consequently, not only by the data on who ate chocolate and who had to eat the roots, but also by the ability of each student to solve problems or not.

The "one bite at a time" system allows you to use this mechanism in your favor.

Because, with each intermediate goal reached, your willpower finds itself saying to itself the magic phrase "you did it, you did it well, the effort made made sense".

Instead of always giving up halfway or before you even begin, learn to use your willpower in the right way:

In this way, not only will it never tire, but success after success you will find yourself with a will of steel.

How do you prepare a public competition? ❯

add a comment of How to obtain a Will of Steel