How to compliment a girl: the ultimate guide 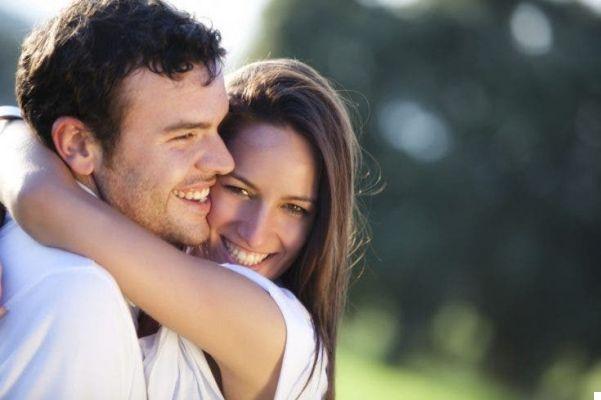 How to compliment a girl?  You will agree with me that the theme is not at all obvious ...

We will see all this and more in this article, at the end of which I will also give you examples of compliments for a girl, which will help you impress her 😉

Compliments to a woman: the ones to avoid

Let's start with a few fundamentals right away. There are some types of compliments that you should always avoid giving in order not to burn your chances right away with a girl.

If you want to compliment a beautiful girl, the first thing you need to take into consideration is that she is constantly receiving trivial attention and compliments on physical appearance from other guys.

In chat, at school, at work, on the street, in the disco ... It happens at least once or twice a day to hear someone saying:

"You have fantastic eyes"

"You have a space physicist"

"You have beautiful legs.."

For heaven's sake, don't get me wrong: she really likes to receive this type of compliment, as they strengthen her self-esteem and confirm that she has a strong power over the male sex.

But that's not what you want to achieve. Your goal is to create a bond between you and her, right?

So showing that you admire her beauty, especially if it's a girl you don't even know well, will only give her the impression that you are putting her on the pedestal.

Putting a girl on the pedestal means that you value her on a higher level than you. Why should he feel a connection towards you? She is better than you. More desired, more coveted. You are just one of the many admirers who reinforce her power over the male sex, and you don't stand out in anything.

We can say that vulgar compliments represent a subset of physical appearance compliments.

In addition to annoying the girl who receives them, making her feel embarrassed and unsafe, they also demonstrate low intelligence and very low social value. Never do them!

Very often, in an attempt to get a girl, a man gives her a fake or little-felt compliment like:

"How smart you are!"

Girls have higher social intelligence on average than boys, so be very careful when giving a fake or lightly constructed compliment to a girl. I bet that will notice.

Learn to always give genuine compliments.

How to compliment a girl

But now that we've seen 3 types of compliments to avoid at all costs, I want to explain the basics of how to compliment a girl.

Whenever you are thinking of compliments to give a girl I want you to reread this part of the article. Ready? Let's begin!

Don't expect anything in return

Many men compliment a woman following the logic: "I make you feel important by paying you a compliment, so you will consequently have to do something for me, not hindering me while I try to pick you up and take you to bed".

There is nothing more wrong.

A girl immediately notices when a guy compliments her just because she expects something in return. Start feeling one strong pressure and immediately try to get out of the conversation. He would like to disappear into thin air!

Never compliment a girl in hopes of getting something from her in return, such as a phone number, clear signs of interest, a kiss, or a date. That will not work.

Rather, it enters into the logic that the compliment itself has no seductive power, but only serves to increase the complicity between you two (if done in the right way).

So when is it okay to compliment a girl?

But the worst times to compliment a girl are:

Let's see an example of a successful compliment to a girl:

Tu: You truly have a fantastic sense of personal freedom and direction in life. It's hard to meet people who want anything other than a steady job or office job, especially in Spain.

Another example starting from the same premise:

Tu: (look into her eyes for a moment)

Tu: Your eyes light up in a wonderful way as you tell a story… it's beautiful.

What to do after a compliment

The moment immediately following a compliment can be highly embarrassing if not handled well. The girl may feel a lot of pressure and almost feel obliged to do or say something.

In order not to create embarrassing moments accustomed to taking immediately the reins of the conversation and direct it towards more neutral topics. Go back to talking about this and that, or about the topic you were talking about before, without waiting for you to say something by force.

Tu: Your eyes light up in a wonderful way as you tell a story… it's beautiful.

Tu: (smile as you stare into her eyes for 2 seconds, then start talking again) How did your parents make your decision not to continue with your studies?

Types of compliments to give a girl

Finally, there are types of compliments that are almost always intelligent and effective, as long as they are genuine and made at the right time. Let's see them together.

Imagine wearing a new hat and walking down the street. A person notices this and tells you:

You will probably be flattered. You'll thank him and think "I'm cool". After two minutes, however, you will have forgotten the person who gave you that compliment.

Now imagine that after a while a second person tells you:

“The hat is beautiful… the color suits you perfectly and complements your style perfectly. Good choice!"

What happens inside of you now? If you are like most people, you will probably hear an explosion of pride and enthusiasm, and you'll be sorry you kept walking and didn't stop to get to know that interesting and attentive person.

Here is the process to follow to give a specific and genuine compliment to another person:

If you learn to always be specific and genuine, you can also compliment a girl's physical appearance without seeming obvious or banal.

2. Compliments on things she's committed to

Compliments on beauty, or on innate characteristics that someone did not have to work hard to earn, will not be incisive and will not be particularly appreciated by the one who receives them.

If you tell a girl that she has beautiful eyes, she will be happy to hear it, but she won't feel particularly special or appreciated because she didn't have to do anything to earn her beautiful eyes. Mother nature was kind to her and made her pretty. That's all.

But when you compliment her on something she had to sweat so hard, then she will feel truly appreciated and he will immediately feel a strong bond with you, as you have been able to understand and value his efforts. Example:

“You have a very elegant and sophisticated style. It is clear that you have studied design. "

3. Compliments on things he said or did

A compliment will feel much more natural and justified when it is related to a specific action performed, or to a clever phrase or response a girl has given you.

Law: I never preclude myself from having new experiences. Sometimes even very small things have the power to change your life.

Tu: The more I talk to you, the more I realize how cheerful and positive you are. You have a really nice way of seeing the world and many should learn from you.

This type of compliments to a girl must be reconnected to a very important concept that you must always keep in mind when you go out with a girl, or in any case you are getting to know her: show interest gradually and growing.

When you are already very interested in a girl right from the start of a conversation, she will feel that she didn't have to do anything to earn your interest, so she'll take it less seriously and give it less importance.

If, on the other hand, you manage to show yourself more and more interested as the conversation progresses and she tells you things about her, then she will be incentivized to open up even more and to increasingly invest in your relationship. She will feel that she has found a rare person who understands her and appreciates her for who she is, leaving out appearances.

Ideas and examples of compliments for a girl

To conclude I want to provide you with a series of great compliments to give to a girl, usable both live and via chat, but I invite you to calibrate them well according to your situation, and to use them always and only at the right time!

“I love your haircut. The fringe enhances your eyes. "

"You have good energy."

"You are a very classy girl, what are you doing in a place like this?"

“You have a very expressive style. Just like your personality. "

“You seem like a very profound person to me. I am convinced that you have a world within you that you do not reveal easily. "

"When you smile you have dimples on your cheeks ... it's so sweet."

“You look like a girl who knows what she wants. It's something I admire. "

That's all for today on compliments to give a girl. I am convinced that from now on you will have a lot less problem in genuinely complimenting a girl you like, impressing her 100%.

Before leaving, I invite you again to download the free report on the 37 main mistakes to avoid in seduction. It will help you make great strides with girls. Good luck! 🙂

How to make him fall in love with me again: advanced techniques and tips ❯

Post breakup depression: what it is, how long it lasts and how to overcome it

Women don't like men who are "easy" to seduce, according to a study

add a comment of How to compliment a girl: the ultimate guide