How can we ensure that offenses do not harm us? 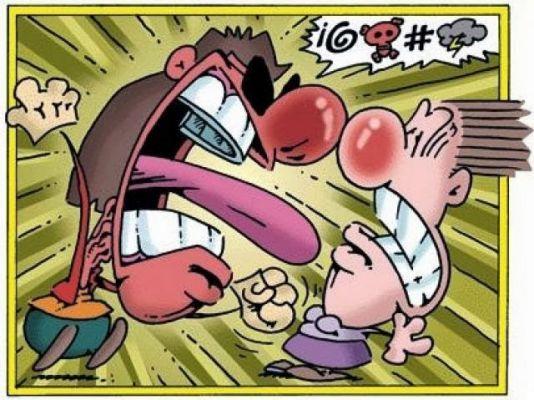 It could be that offenses are not on the agenda in your daily life, but the truth is that sooner or later we have all been victims of them. Almost always these come from people who behave in a rude way, exceeding the limits of respect and come to attack, sometimes for no reason, other times because they have had an exaggerated reaction to something we have said or done. How do you deal with these people? How to deal with the offenses?

The first step in dealing with offenses is to understand that it is a personal perception; that is, we feel offended when we think that someone has crossed the imaginary line we have drawn. This means that what may be a serious offense to some may go completely unnoticed for another.

We say that someone offends us when that person has overcome the barrier that we have established, when he scolds us for no apparent reason or when he attacks our "I". But we can also feel offended when we see someone we love attacking or something we consider valuable.

Some people may feel offended if we tell them that we don't like the decor in their home or that their dog is rude. However, the sensitivity varies from person to person, and this means that we cannot feel offended every time someone expresses a different opinion from ours. Remember that everyone has the right to express their opinions while respecting yours.

But as I said this is much easier said than done, and so I propose a very simple exercise. Imagine that you are a child of only two years and you want ice cream. You want to eat ice cream right away, right now, without waiting. Imagine the texture of the ice cream, the aroma and the flavor. But your parents don't want to buy it. What are you going to do? You will surely cry and maybe throw a tantrum because right now, your whole world comes down to ice cream.


You can use this technique in many other situations because it is very useful for putting everything in its place.

How to handle rejection without falling apart? ❯

add a comment of How can we ensure that offenses do not harm us?