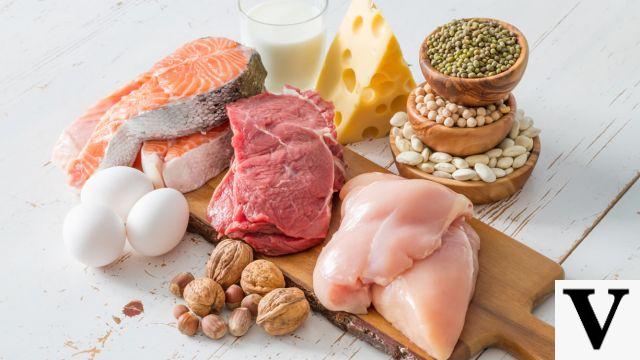 The holoprotein diet® is a food strategy known as "Food Liposuction", a nickname certainly of great effect (liposuction = very fast and effortless weight loss), but obviously completely unrelated to what concerns the etymological correctness of the term.
Based on what doctors divulged:

Holoprotein Diet ®: How does it work?

The holoprotein® diet is in fact a diet with a protein and ketogenic nutritional tendency. It is applied in a special medical center and used for the treatment of obesity with or without metabolic pathologies, in particular for those ginoids that do not respond correctly to traditional hypocaloric therapy. This does not mean that the holoprotein® diet can also be of benefit only to the achievement of an aesthetic goal in normal-weight subjects.
The scientific basis of the holoprotein diet is the studies of Prof. Blackburn, of "Harvard University", who has undertaken to learn what are the real protein needs during fasting. According to the professor, a deprivation of carbohydrates can eliminate the anabolic effect of insulin on adipose tissue; moreover, with a protein intake of about 1,2-1,5g / kg of ideal weight (compared to 1g / kg of normal) it is also possible to protect the lean mass of the subject, preventing it from being compromised by catabolism. Therefore, in this way, Blackburn avoids any protein excess (characteristic of diets such as the Dukan diet) ensuring nitrogen balance and allowing you to not suffer from hunger thanks to the constant state of ketosis.
In the wake of the professor, about 20 years ago the holoprotein® diet was born, more innovative than the previous one thanks to the following corrections:

According to the holoprotein® diet system, the liposuction-like effect derives from the fact that the enzymatic systems of liposynthesis and lipolysis of adipose tissue (structuring and demolition) are regulated by a complex hormonal axis. Insulin and cortisol promote adipose deposition in the abdominal area, while estrogens (female sex hormones) orient the accumulation in a gynoid sense, i.e. near the trochanters of the femurs (hypothetically as an energy reserve for lactation).
As a demonstration of this system, a study conducted by TM Loftus and MD Lane has shown that insulin and estrogen stimulate the PPARγ (receptor peroxisome proliferator-activated receptor gamma), which regulates both the deposition of fatty acids (favoring it), and glucose metabolism (reducing blood sugar). At the same time, they showed an almost opposite effect on GH (somatotropin or growth hormone), ie an increase in lipolysis and inhibition of liposynthesis. Some diabetic drugs act on these receptors, reducing blood sugar without raising insulin; in mice, a genetic modification of PPARγ exclusion has been shown to prevent the synthesis of adipose tissue. In conclusion, the holoprotein® diet attempts to minimize insulin and increase GH secretion to promote the removal of gynoid-type adipose tissue.
That's not all, again according to what the authors disclose, it seems that the holoprotein® diet favors the disappearance of the well-known symptoms related to premenstrual syndrome, perhaps due to the contrasting action of estrogens by GH. Furthermore, it seems that the success of the holoprotein® diet reduces a very wide range of symptoms attributable to the impairment of venous and lymphatic return (itching, edema, numbness, cramps, dyschromia, etc.).

Let's start by pointing out that any ketogenic diet is a diet that is harmful to health. It is not just a personal opinion and it is possible to find countless popular and scientific articles (based on experimental research) to support this accusation. Obviously, also in this case it is "the dose that makes the poison"; by limiting the treatment to 21 days, the authors are free of any responsibility and, by inserting the dietary re-education protocol, they also comply with any future duty towards patients. The fact remains that convincing the population that to lose weight and become "beautiful" it is necessary to face an unbalanced diet that requires a thousand food supplements, is absolutely NOT an educational behavior, far from it! To read more carefully the harmful effects of ketogenic diets you can consult the article: Ketogenic diet? No thanks!
It should also be added that it is absolutely NOT true that carbohydrate deprivation eliminates the anabolic effect of insulin; rather, it drastically reduces it and, among other things, can ONLY do it if the portions of the other energetic macronutrients are also "starving" (as in this case). This is justified by the fact that other molecules are also able to stimulate insulin secretion and, if it is true that carbohydrates are the most excess nutrients in the collective diet of your country, it is also true that by eating large quantities of proteins and lipids, however, there is an insulin surge.
The holoproteic diet® is not a high-protein diet in an absolute sense, since the quantity of peptides is the "normal" one; however, it is in percentage terms, since the plastic contribution covers about 70% of the total energy. A little too much, especially considering that (in a balanced and practicable diet for a sedentary) it should be limited to 12-13%!
It is hard to believe that, during an "Auschwitz" diet, ketone bodies are sufficient to induce the anorexia it takes to avoid hunger pangs. With just the carbohydrates from vegetables, using a tablespoon of oil per day and providing 1,5g of protein per kg of physiological body weight (from supplements and foods), an adult man with a desirable 65kg weight would eat less than 600kcal per day. day (depending on how many vegetables he consumes). Absolutely NOT practicable. Among other things, it would also be very interesting to understand how azotemia can be in equilibrium, since if it is true that from 0,75 to 1,5g of proteins per kg of weight it is possible to meet anyone's plastic needs, it is equally true. that this is true in conditions of eunutrition. By reducing carbohydrates and lipids, it is inevitable that a part of the amino acids circulating in the blood end up in the hepatic production of glucose (neoglucogenesis); Well, this process leaves behind a lot of waste, that is the nitrogen groups, which inevitably become higher than what happens in a balanced diet.
It is also quite unlikely to significantly change the distribution of body fat; the fact that many women see themselves as "wide below and narrow above" after a balanced diet is simply due to the fact that (for the hormonal issue described) these pounds are the last to go. Changing the hormonal axis of estrogen (fortunately) is not as simple as for insulin (subject to nutritional flows), and the same is true for GH (otherwise, the average musculature of "natural" bodybuilders would certainly be much higher) . Among other things, let us remember that hormones work like "keys" and that tissues are provided with special "locks"; absurdly, even modifying the quantity of "circulating keys", one would then have to deal with the "locks present in the body"; quite a headache. There is certainly a strong correlation between the components of: adipose tissue, insulin and estrogen, already widely documented in the analysis of the typical polycystic ovary etiology, but claiming to be able to shape the body like liposuction with supplements and foods, it's really very risky.
The correlation between holoprotein diet and PMS symptoms is interesting, especially considering that it is a notoriously transient condition and that, at the end of this transition, a spontaneous redistribution of fat takes place (from gynoid to android in most cases). ). If the majority of patients are in this phase, here is how the reduction of peritrocanteric fat occurs. With regard to venous and lymphatic return, however, this improves indiscriminately with the reduction of excess weight and not necessarily with the aid of the holoprotein® diet.
Ultimately, it is an uneducated, unsustainable system, especially for those who lead an active lifestyle. It requires a massive intake of food supplements which, if on the one hand they are necessary, on the other hand they will hardly be able to relieve the workload of the liver and especially the kidneys. It is based on interesting research and probably with a fund of concreteness, but the data provided by the authors are not impartial, therefore they are absolutely not very indicative.