Food intolerances: causes, symptoms, diet to go back to eating everything

The causes of this "epidemic", according to the researchers, are different: air pollution, use of pesticides that end up in groundwater or remain on fruit and vegetables, stressful rhythms of life.

«Even a diet rich in foods prepared with refined ingredients or those containing preservatives and dyes it can predispose to intolerances or allergies », explains Dr. Gian Paolo Baruzzi, nutritionist, expert in natural medicine and author, together with Liana Zorzi, of the book Food intolerances (Demetra Edizioni, € 9,90). “The same can happen if there is an imbalance of the bacterial flora or if the stomach and intestines are not functioning well ».

To the aforementioned causes is added the fact that the our diet is not always balanced. If you exceed the consumption of certain foods (such as cheeses and dairy products, bread and leavened products, etc.) in the body overload occurs and the alarm goes off.

The immunoglobulins of type G (IgG) are then activated, that is specific antibodies against a certain substance, and the immune system triggers the production of as a response cytokines, inflammatory substances which affect different organs. With the onset of disorders of various kinds: from abdominal pain and swelling to headache, up to fatigue.

Don't confuse them with allergies

Spesso there is confusion between allergy and intolerance, also because the symptoms, in many cases, are similar. Let's see the differences.

They cause the production of IgE antibodies (which does not happen in intolerances) and cause immediate and intense reactions, which can go as far as anaphylactic shock.

"Such violent and explosive manifestations are interpreted today, based on the most recent studies, as a excess defense on the part of the immune system rather than as a "defect" in the functioning of the organism, as was previously thought. And, for them to go wild, that's enough the simple contact with the substance»Explains Dr. Gian Paolo Baruzzi. To find out if you are allergic to a given food, the specific IgE for that substance must be measured (Rast Test).

The immune system produces only IgG antibodies and symptoms are dose-dependent: their intensity is directly proportional to amount of unwanted food ingested and can occur 1 to 36 hours after eating. This is why it is often difficult to link the ailments to a specific food.

They are due to the genetic deficiency or lack of a enzyme for the digestion of a food, such as lactase in the case of lactose. They come up with mainly intestinal symptoms. The diagnosis can be made with laboratory investigations or with specific genetic tests.

In cases of allergy it is necessary completely avoid the food that triggers the symptoms. In genetic intolerances, in certain cases (such as in lactose) just limit their intake. For the other "adverse reactions" instead, targeted therapies are needed.

When the doctor is needed

If the rotation diet did not work well, you may be intolerant to other substances as well or have an allergy with still mild symptoms.

Then ask for the opinion of a specialist (allergist, nutritionist, gastroenterologist), who can prescribe tests to identify allergies (prick, patch and rast test) or intolerances (search for specific IGg) and a exclusion diet which consists in eliminating suspicious foods for some time.

When a regime of this type is undertaken, even for a single food or food group (milk and derivatives, cereals, legumes or even fruit or vegetables ...), the "do it yourself" is not advisable, because it is necessary to follow precise indications to ensure a adequate intake of calories and nutrients.

One cure for celiac disease

"Celiac disease is a 'chronic inflammation of the small intestine, triggered by the ingestion of gluten (a protein found in wheat, spelled, kamut, bulgur, rye, barley and often in oats) ", explains Dr. Marco Silano, Director of the Food, Nutrition and Health Operational Unit of the Higher Institute of Health.

«It is characterized by a highly variable clinical picture, which ranges from profuse diarrhea with marked weight loss to extra-intestinal symptoms, to the association with other autoimmune diseases ». Celiac disease can be identified with absolute confidence through the serological research of specific autoantibodies and biopsy of the duodenal mucosa.

«The gluten-free diet is the only therapy available and must be followed rigorously throughout life, also because untreated (or badly treated) celiac disease can lead to even dramatic complications like intestinal lymphoma ”, concludes the expert. For more information, visit the website.

Finally, with the advice of Gian Paolo Baruzzi, let's see which are the foods that more frequently can trigger food intolerances and why. 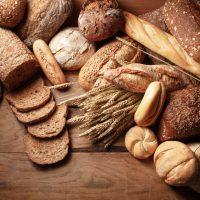 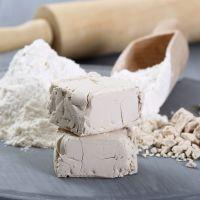 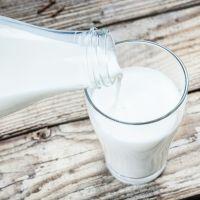 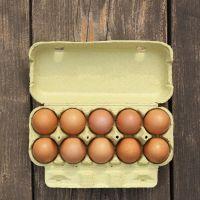 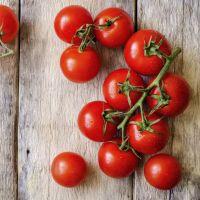 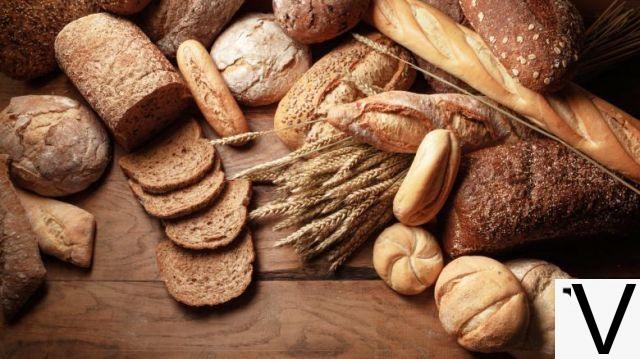 Gluten in pasta is also bad for non-celiacs

Do you feel bloated and fatigued after eating a plate of pasta? You may be suffering from gluten sensitivity or non-celiac gluten intolerance. This protein, being omnipresent in our diet, is taken in excessive quantities which determine a state of inflammation in our body.

To be avoided: all foods that contain wheat flour, bran, wheat germ. Kamut, couscous, semolina, barley, spelled and rye should also be banned from the menu.

Pay attention to: products for vegans based on seitan and wheat muscle, ready meals that may contain breadcrumbs, beer, gin, whiskey, vodka. 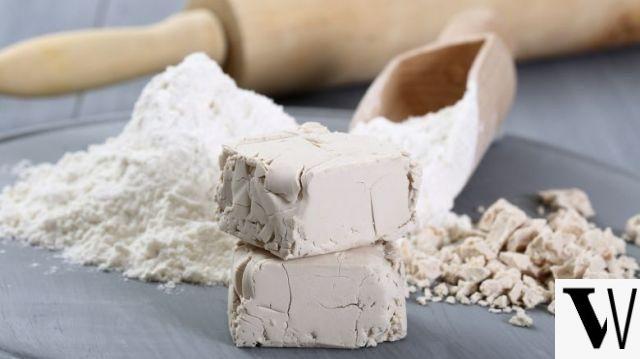 The yeast of the bread swells the belly

If you feel unwell after eating leavened or fermented bread and foods, you may be intolerant to yeast. The cause is often linked to an altered state of the intestinal flora.

To be avoided: bread-making products in general such as rusks, biscuits, sweets, pastries. 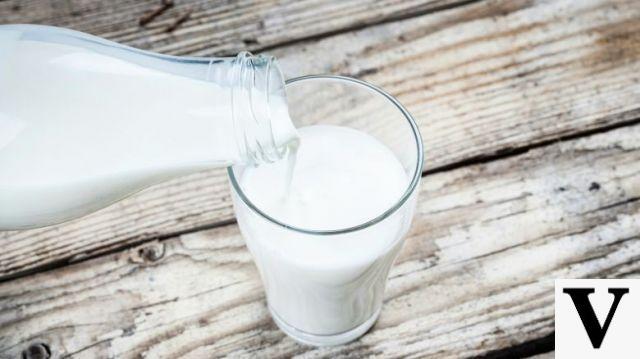 At the basis of milk intolerance there is the lack of the enzyme lactase, normally present on the surface of the intestinal villi and which serves to digest lactose. This deficiency is in most cases genetic, but it can also be due to intestinal diseases.

To be avoided: obviously milk and its derivatives and all foods that could contain them such as baked goods, desserts, filled pasta, ready-made sauces, mashed potatoes (in all these cases, check the label carefully).

Pay attention to: sausages and cured meats that may contain milk such as cooked ham, mortadella, salami, wurstel. 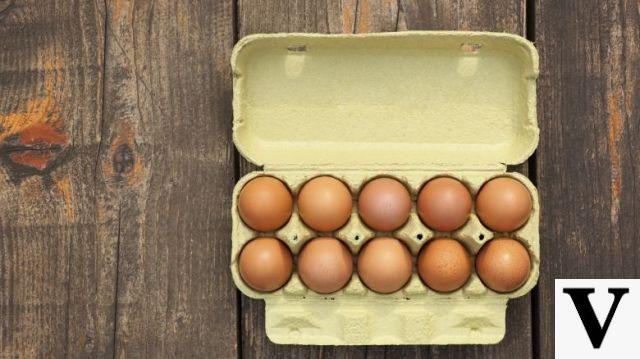 Egg is one of the most allergenic foods. To cause adverse reactions are the proteins, in particular albumin and ovomucoid, present in the white.

To be avoided: chicken egg but also from other animals, many industrial and non-industrial pastry products, breaded foods, meatballs, mayonnaise, egg pasta. 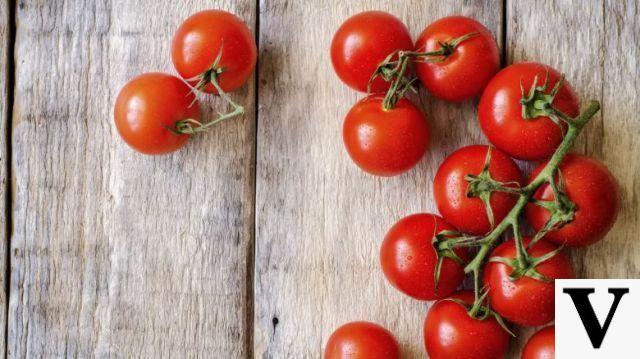 Tomato is the king of the Mediterranean diet. And precisely because it is used so much, there is a risk of becoming intolerant. The offending substance is nickel.

To be avoided: the list is long. Among the foods most at risk are cocoa, lentils, spinach, dried fruit.

Pay attention to: intolerance may also be due to solanine. In this case, avoid potatoes, aubergines and peppers.

add a comment of Food intolerances: causes, symptoms, diet to go back to eating everything