Envy, the feeling that corrodes us from within 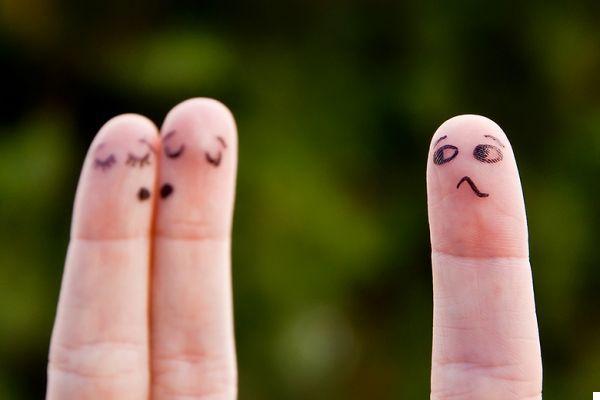 Envy is a feeling that involves wanting what others have, whether in terms of material goods or in social, family or professional success. Basically, theenvy it is the desire for what the other has. The ultimate goal is always the same: to have more than
what you have, materially or socially.

Obviously, envy is bad, because it puts us in the position of always being dissatisfied. When we envy something or someone, we are also assuming that we don't own it (or at least not to the extent we would like to) and therefore feel miserable about it.

Envy also implies an attitude of anger that will gradually destroy us. In fact, people who envy are often enclosed in a circle of complete apathy. As if to say, envy does not even become a driving force and motivating force, the desired object does not translate into a goal to be achieved, but simply in an attitude of constant complaining about what one does not have.

Also, for people who constantly feel envious, time and the personality itself begin to deteriorate and become ambiguous, because they focus almost exclusively on what others have and do. These people cease to dream, to have their own goals to pursue and live only through others.

Of course, it goes without saying that we won't get a second chance to live our life. Therefore, the best alternative is to get rid of envy, overcome that feeling of being inferior and want everything that others have.

How do you overcome envy?

Emotional Hypersensitivity: Make sure that the trees don't block you from seeing the woods ❯

add a comment of Envy, the feeling that corrodes us from within