Does tolerance have a limit? 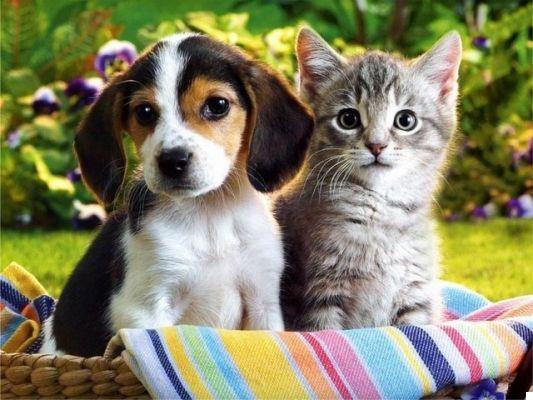 La tolerance it is included in several
ways; there are those who think that it is the ability to assimilate influences
harmful without having a rejection reaction while others go further stating
that tolerance is the virtue of knowing how to coexist with the different without nourishing
prejudices. Certainly when we hear the word "tolerance" they come to us
immediately to mind all its meanings: flexibility,
condescension and also the words: submission, cognitive acceptance but not
emotional. Through time
tolerance has taken on a negative meaning which is expressed in the sentence: “you
I accept but I don't understand you (much less I want to do it) "; it is a content
of emotionally negative value that is associated with resignation. Like this,
tolerance is also placed in the popular imagination in relation to
stoic resistance and passivity. The word
tolerance implies in the first place: “a situation or a person / group of
people to tolerate ”and secondly:“ a reason why be
tolerant". But to go beyond who or what we will have to tolerate, the part
interesting lies in the motivation for which we decide to be
tolerant. Imagine a situation that you have been in particularly
tolerant, why did you do it? When we are
tolerant because we believe we can do nothing about it, we are
showing a kind of learned despair, we are giving up in the face
to the situation or person. Obviously, in this case the tolerance
acquires negative contours because we turn into apathetic people,
disinterested and not compromising with reality. When we manifest
tolerance because we believe that we will not be able to influence the situation we are in
living, we are closing ourselves in a circle of stillness, we accept what
we cannot change but without agreeing with the same. The trick is
in the fact that once a tolerant attitude is assumed, the levels of
perceived conflicts are reduced enormously, and this helps us to maintain
things as they are. So when there
we aim to be tolerant the first step we should take is to
analyze our reasons. If we are tolerant why not we have none
hope to change things then
we will enter a forced circle that leads us to disinterest ourselves, and this does not
leads nowhere. However, there is the
active tolerance, a tolerance that does not imply passivity until
understands (cognitively and emotionally) the other or the situation in question. In
in this case the tolerance does not take on gray outlines since this form of
tolerance means coexisting with and understanding the other, even if we are not
willing to follow their behavior. Even if the
difference between the passive tolerance and positive tolerance may seem
very subtle, certainly the simple fact of emotionally accepting a fact,
understand it from a cognitive point of view and take it, not as an opportunity
desperate but as conscious decision making, it makes a difference
remarkable in our attitude towards the situation and towards ourselves. In
in this case the tolerance would not be the minimum but rather the maximum of
how much can be achieved regardless of the differences. Anyway,
for tolerance to be a positive process, some have to present themselves
factors: - Availability
to grant and establish a relationship of reciprocal exchange - Maintain a
fair relationship in which the parties both hold sufficient power that
make sure there is no submission - Prioritize
a number of common interests - The possibility of
have and freely show contradictions and differences These factors
guarantee that tolerating is not just an act of submission or one
unique alternative but rather a conscious decision. However, when these
factors occur, usually there is also a contradiction: the
people don't want to be tolerant just out of fear or because they are too much
rigid in their patterns of behavior and evaluation of the other (but this is
a different theme). But besides the fact
of whether to adopt an attitude of passive or positive tolerance, there are those who do
asks what the limit of tolerance is. In this regard, I am pleased
to think that tolerance represents a developing area, a space still
not properly developed but
reachable with the help of others. This future growth zone will be more or
less limited by prejudices, habits, stereotypes or beliefs than
everyone has and the stiffness or flexibility you show to change them
themselves. Accepting the tolerance as a zone shared with others and entered
in a given situation, we can understand that a behavior can
be tolerant "here and now" but may not manifest tomorrow when the
environmental (or person's) conditions have changed. In a general sense,
the limit of tolerance (positive tolerance) will be established at the in point
which the person cannot go beyond because his value system is
prevents, due to the fact that what he considers "good and adequate" does not
apply more to the case in question. I would like
end these reflections / inflections on tolerance by remembering a sentence
by Perls who stresses the importance of being tolerant while preserving the
individual differences: “I manage
mine and you in your own way. I'm not in this world to meet your expectations,
much less are you there to satisfy mine. You are you and I am me. If for one
randomness we meet will be nice. Otherwise, there will be nothing to do ".
The trap of the manipulator-flatterer ❯

add a comment of Does tolerance have a limit?