Do you hate Mondays? Maybe not as much as you think 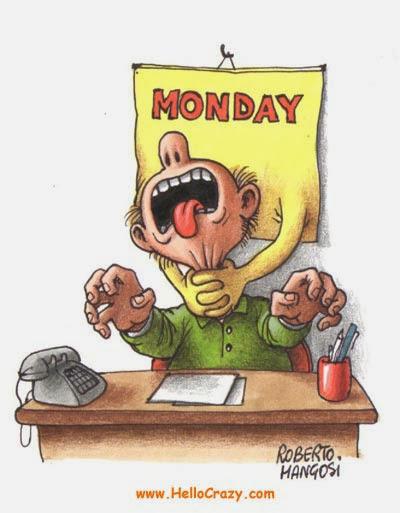 When the weekend ends and we have
in front of a long week of work it is not difficult to understand why the
majority of us hates Mondays. Tuttavia,
a very curious study carried out in the USA offers us a new perspective
on the "Monday" stating that it really wouldn't be the most hated day of the
week.

This study interviewed
over 340 people by phone in the United States and one of the questions
poste was relative to the mood of the previous day. Simply,
people were asked to answer yes or no to questions like if they were
have been happy and have felt pleasure during a good part of the day o
if, on the contrary, they felt worried, sad, stressed or irritated. A very clear pattern emerged: the
people reported a much more positive mood on Saturdays and Saturdays
Sunday. And this trend was appreciated regardless of gender as much if
people had a partner as if they were single. However, a
mood improvement on Fridays. In short, the day before
rest and the very idea of ​​this is enough to brighten up the day, even if
we are working. However, it was also found that Mondays
they are not as hated and much less do we feel as bad as we think
(obviously, if we compare them to Tuesdays, Wednesdays and Thursdays). Researchers
they think that the belief that Monday is the most hated day of the week depends
really from the contrast between Monday and Sunday. Something as if after
having put our hand in cold water we pass it immediately under the hot one. Like this on Tuesday, Wednesday
and Thursdays continue to be hated days only we do not return
I take this into account since the comparison chart we have is the day
previous. In summary, it can be said that it is only an effect that
we perceive as the result of a comparison in which the extremes there
offer a disproportionate result. Unfortunately, this research is there
it also shows that there are many people who are not happy with theirs
work, otherwise they wouldn't get that feeling.
Hatred: Together with resentment, it represents a trap ❯

add a comment of Do you hate Mondays? Maybe not as much as you think