Difficult Families - How To Manage Them? 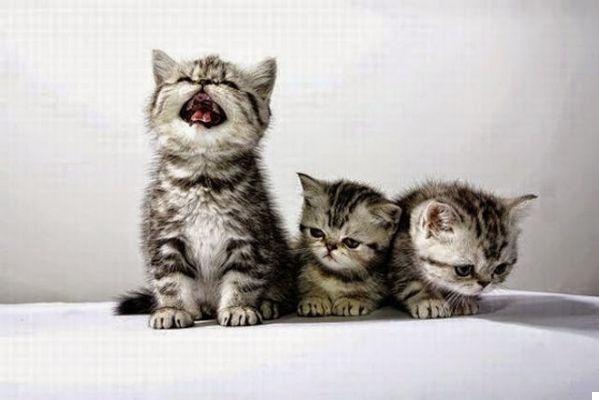 We do not choose the family in which we are born. Indeed, it is a real lottery
where chance decides everything. There are wonderful, functional and healthy families,
in which children grow up surrounded by love and understanding and come to an end
to become mature and balanced adults. Other families don't
they develop a healthy relationship that ensures the emotional stability of their parents
members, but they are suffocating, intrusive and tend to obliterate individuality. This is the case of the dysfunctional family. It is worth remembering that the education we receive as children is the environment in which
we grow up does not completely determine the adult we will be, but undoubtedly, if
we come from a dysfunctional family everything will be more difficult, because we will have to
strive to promote these positive habits that some people do
they acquire from an early age and that are part of their innate way of acting and thinking.

The bond we establish at an early age with our parents, grandparents and siblings is
fundamental, because it could guarantee us the necessary security and trust
to explore the surrounding environment or, on the contrary, make us become people
insecure and with low self-esteem. Some families just aren't
you manage to create safe environments and they are truly toxic, as they cancel out
its members, especially children, suffocating them under a blanket of
excessive protection. They are often surprised later that they become rude children. In stifling families it is usually normal for parents to interfere continuously
in their children's lives. When they are small, they impose their own rules and forms
to live and judge life and later, when they grow up and become independent,
they claim to maintain the same level of control, which generates many
misunderstandings given that the child usually begins to claim that freedom
belongs to him.These progenitors develop an anxious attachment, characterized by a relationship
overly protective of children, preventing them from taking risks e
undermining their independence and autonomy. Ultimately, this kind of
attachment creates strong emotional stress in both children and parents,
as it is difficult for them to communicate without arguing. Many of these parents resort to dissimilar tricks to emotionally manipulate their parents.
their children in order to generate in them a deep sense of guilt to which
it is not easy to escape. Examples of intrusive and manipulative families are
many: when parents manipulate their children to make them
they change their plans because they want them to be present at each of the meetings
family, when they pretend to be aware of all their decisions,
even the most irrelevant, when they continually complain taking on the role
of victim because children do not visit or call them as often as
they would like, when they interpose in couple relationships or in breeding
of grandchildren ... However, in general, a family is suffocating when: - It does not allow children to make their own decisions, but always tries to impose
the parents' perspective - It does not facilitate the freedom and independence of the children, but, on the contrary, it limits them
their potential - Use emotional manipulation tools to make children do
submit to their wishes and meet their needs

How to deal with this problem?

There are parents who are pushy without realizing it, they just do it
because it's the only way they know to relate and why they think doing so
they show their love. In these cases, it is usually enough to do them
note that a little more freedom and space are welcome, however there are other cases in which it is very difficult to relate without arguing,
as parents continually try to interfere in life and in
decisions of their children. When these people don't give up in the slightest, it is
better to take a firm and decisive position and not succumb to blackmail
emotional. Let them know that they can give you their opinion, but they can't
decide for yourself. That you love them, but that you can't stand the pressure they exert.The first few months will be very difficult and you will probably have to endure a lot
recriminations, but you will not have to give in because otherwise you will have lost the
battle. Over time they will realize that you have grown and
that you need your space.
Being part of a group makes us forget our values ❯

add a comment of Difficult Families - How To Manage Them?