Diet and Nutrition after Cholecystectomy 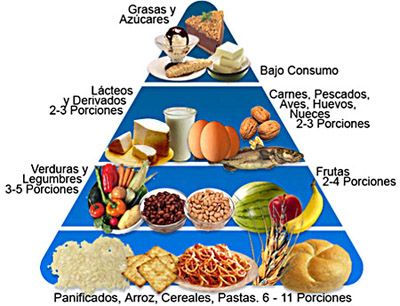 Functions of the Gallbladder and Bile

The functions of the gallbladder essentially reside in the accumulation and concentration of the bile produced by the liver between meals, bile which will then be poured into the duodenum (proximal part of the small intestine) in response to the arrival of gastric chyme (partially digested from the stomach).

In turn, the function of bile is mainly expressed in the emulsifying activity of the chyme, which facilitates the digestion and absorption of fats and fat-soluble vitamins from the diet.

After the cholecystectomy the bile concentration operated by the gallbladder is therefore lacking, but not the bile itself, which flows directly into the intestine through the hepatic duct and the common bile duct (see figure).


The activity of the sphincter of Oddi, which tends to close during fasting and to open in response to meals, still ensures a greater release of bile when it is most needed.

As stated above, the gallbladder is not a vital organ.

Furthermore, its presence is not essential for the good outcome of digestive processes, which can be completed even after its surgical removal.

Given the premise made in the introductory part, patients undergoing cholecystectomy can follow an absolutely normal diet.

Not only that, those in which the operation is linked to recurrent episodes of biliary colic associated with stones, can even expand their food choices compared to the pre-operative period.

However, an initial period of adaptation is necessary, during which the diet must be particularly sober and low in fat.

Immediately after the surgery

Upon awakening from general anesthesia, the patient undergoing cholecystectomy can drink a few sips of water according to medical indications. In the absence of nausea, he can then go back to eating the next day.


Initially and for the first few weeks, the diet will be particularly sober and low in foods rich in fat, especially if cooked, because they are more difficult to digest: cheeses, cured meats, fried and fried, eggs, butter, animal fats (lard, lard, tallow ..) and vegetables (margarine), smoked meats, fatty meats and dried fruit are among the foods to avoid in this first phase.

The diet will be sober, low-calorie and low-fat, appropriately divided into small and frequent meals, with a preference for simple, not very elaborate dishes, favoring complex carbohydrates and fiber, with a drastic reduction of saturated fats and cholesterol

IN CASE OF DIARREA

After cholecystectomy, a good percentage of patients complain of the emission of liquid stools for a few days, which can be controlled with specific drugs.

Rarely, diarrhea - which is considered to result from the laxative effect of bile and bile acids overflowed into the intestine - lasts several days, weeks or months after surgery.

Alternatively or in combination with antidiarrheals, drugs such as cholestyramine or aluminum hydroxide, which alter the absorption of bile acids, can be taken.

The diet in the presence of diarrhea associated with cholecystectomy will be low in fat and irritating foods, such as coffee, chocolate, spices and alcohol; dairy products and foods that increase intestinal gas, such as smoothies and carbonated drinks, will also be moderate, while the consumption of fiber, bananas and dry cereals, such as biscuits and crackers, rice, pasta and toast will be encouraged (see specific article on the relationship between diet and diarrhea).

In other patients, taking opiate painkillers to relieve pain determines the onset of constipation, which must be corrected by taking a diet rich in fiber (vegetables, in general, raw or cooked, legumes, whole grains, fruit ) and possibly through fecal emollients.

Return to a Normal Diet

After the immediate postoperative period, the patient undergoing cholecystectomy can go back to following a normal diet, according to his preferences.

The reintroduction of foods higher in fat must be progressive, bearing in mind that following binges or hyperlipidic meals increases the risk of dyspepsia, gastroesophageal reflux and steatorrhea.

Therefore, we recommend the consumption of small and frequent meals, verifying the tolerability of the various foods: as always when it comes to diet, post-cholecystectomy nutrition is highly subjective: some subjects are able to digest any food without problems, even in large quantity, others complain of greater problems.

In case of digestive difficulties after cholecystectomy, the patient can discuss with the doctor the opportunity to combine the diet with food supplements useful to purify and stimulate the liver, also in terms of bile secretion, such as artichoke, boldo, milk thistle and silymarin.

add a comment of Diet and Nutrition after Cholecystectomy