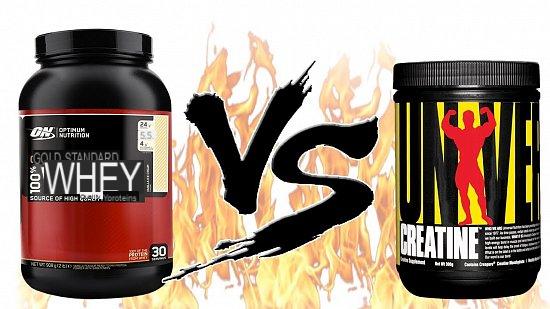 Many creatine-based products are concerned with improving the intestinal absorption of this amino acid, traditionally reduced by the poor water solubility of the monohydrate form. For this reason, when taking creatine in high doses it is necessary to divide the intake into three or four daily doses.

On these premises - and on the side effects caused by reduced intestinal absorption (abdominal cramps, diarrhea, etc.) - new formulations of creatine have been studied, such as micronized and effervescent citrate.

While these types of creatine solve - at least in part - the problem of reduced intestinal absorption, they do not do much to facilitate the entry of the amino acid into muscle cells. In fact, it is not necessary to have a high blood concentration of creatine, but rather it needs to pass rapidly from the bloodstream to the muscle.

The entry of creatine into the muscle fibers occurs through special and specific membrane cotransporters. The suffix "co" suggests that the entry of the amino acid into the muscle is coupled to that of other molecules, in this case sodium. Since the concentration of the mineral is considerably higher outside the cell than inside, the transport of creatine is unidirectional; in other words, once inside, there is no risk of the amino acid escaping from the cell.

For what has been said, the more numerous the creatine transporters are, the more rapid and effective its entry into the muscle cell is. Well, experimental studies have shown that the law of homeostasis also applies to creatine: high concentrations of substrate reduce the expression of membrane receptors. In practice, if we have an excess of creatine in the blood and inside the cells, these decrease the number of specific receptors for the amino acid, developing a kind of resistance. Not only that, endogenous synthesis also slows down considerably.

For all these reasons, the chronic intake of creatine is not recommended; much better to cycle, alternating loading phases with other maintenance and total abstention phases.

The activity of creatine transporters is enhanced by insulin; for this reason it is recommended to take the supplement together with carbohydrates with a high glycemic index. Insulin, in fact, stimulates the release of sodium from the cell, increasing the concentration of the mineral in the interstitial space; in this way, increasing the concentration gradient creates a favorable environment for creatine to enter the cell.

For the very concept of glycemic load, we know that the concentration of glucose in the blood, and the consequent release of insulin, depend not only on the glycemic index of the food, but also on the quantity with which it is taken. In order for the food stimulus to be appreciable, the amounts of sugars to be added to creatine must be considerable (almost 20 grams of dextrose per gram). All this to the detriment of the palatability of the drink (which would become very sweet), but also - in the long run - of physical fitness (potentially fattening effect) and individual health (for the development of insulin resistance).

To increase the insulin stimulus of their supplements, many companies have begun to market creatine monohydrate associated with a base of simple sugars. Others, more attentive to the health of the consumer, have instead thought of associating lower amounts of dextrose and substances - such as alpha-lipoic acid, chromium picolinate, taurine and other amino acids - capable of stimulating insulin release to creatine. Beyond the real effectiveness of these products, there is a much simpler way to reach the goal: to associate creatine with a small source of carbohydrates with a high glycemic index and whey proteins. The insulin stimulus induced by the latter allows to reduce by 50% the dose of dextrose necessary to obtain an insulin response of the same degree.

In one study (Green, AL, Simpson, EJ, Littlewood, JJ, MacDonald, IA, and Greenhaff, PL (1996). Carbohydrate ingestion augments creatine retention during creatine feedings in humans), 30 minutes after creatine intake, they were administered to 4 groups of subjects 4 different combinations of supplements: 5 grams of glucose (placebo), 96 grams of glucose, 50 grams of glucose and 50 grams of protein with 47 grams of glucose. The results showed that the glucose + protein combination has the ability to promote creatine absorption in the same way as glucose alone in high doses. The same conclusions have been confirmed by further studies, but from a commercial point of view it has much more appeal on the consumer to talk about creatine transport systems and special mixes to promote its absorption, rather than suggesting to simply associate it with a banana and a couple of scoops of milk protein (which, however, should be taken not at the same time but after half an hour, due to the different intestinal absorption times). Additionally, anything that raises insulin, including the use of certain amino acids, glutamine peptides, alpha-lipoic acid, and many other compounds, will work just as well if not better than simple sugars in terms of improving absorption and utilization. of creatine by skeletal muscles.