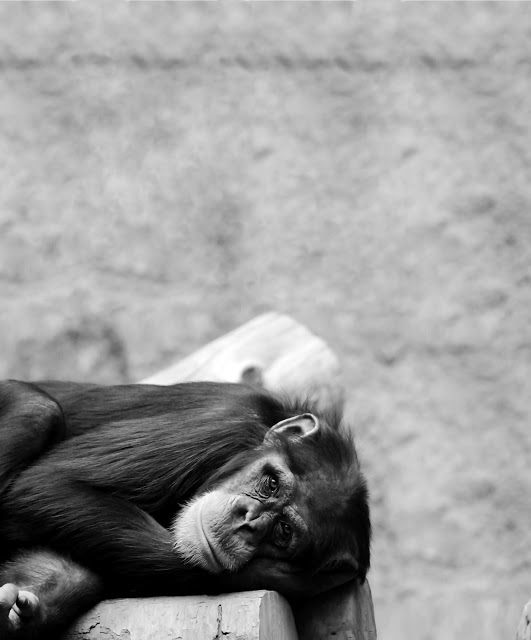 In
in the past it was thought that intelligence was the aspect that distinguished being
human from the rest of the animals. However, as research progresses in the area
of Comparative Psychology other rather surprising truths have been discovered. For instance,
today we know that many animals are capable of following the path of
different quantities of items. That is, they may know that five servings of
foods are more than four. Indeed, if we put three portions of
foods in one container and four in another, they would be able to
choose the container that contains the four portions, since they remember where
the greatest amount of food is found. At the
likewise, it has been shown that animals learn the rules of coexistence
and that they even conform to them, just like humans. You know
also that they use tools to help themselves achieve their goals e
who are capable of acting by preventing situations. So… what are we in
do we differentiate from animals? There
answer comes from Michael Tomasello, director of the Department of
Comparative and Developmental Psychology of the Max-Planck-Institut für evolutionäre
Anthropologie. For those who do not know him,
it is enough to remember that in 2001 his book “The cultural origins of
human cognition ”won the APA Williams James Award, and that
recently he published the essay “Why do we cooperate?”, an excellent one
book that delves into the maze of human behavior. Good!
This psychologist states that the cooperation
it is the basis for understanding the differences between people and animals. There
possibility to share goals, share attention,
empathically put ourselves in the other's place and follow a code of conduct
moral, are the aspects that distinguish us as a species.

In fact,
Tomasello explains that primates could get annoyed if someone steals his
food but remain unperturbed if the food of one of their kind is stolen. In other
words, they are capable of enhancing and reacting to situations only when they are
their needs and interests are involved. If not, it's as if
their intelligence and sense of cooperation were completely extinguished.

The difficult art of giving space when you love ❯

add a comment of Cooperation in humans and primates