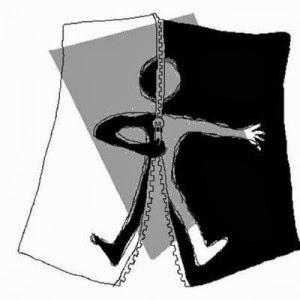 This is probably one of the oldest questions that human beings ask themselves. And for years psychologists have always given the same negative answer: the personality does not change.

This was true thirty years ago, but in recent years a particular signal has caused psychologists to reconsider this position. In fact, it has been seen that people do not give the same answers in the personality questionnaires at different stages of their life. But… is this really significant and accurate evidence of personality change?

This question was put forward by researchers at the University of Warwick. Without thinking twice, they dedicated themselves to analyzing data on 8,625 people. To this end, questionnaires were filled in over two years. We know that two years is a relatively short period compared to an entire life, but this is why the researchers were interested in seeing if changes in personality had occurred in such a short period of time.

What did they discover?

That, in fact, the personalities of some of these people had undergone a change over the course of these two years. And these changes were mainly related to changes in marital status, employment and income received.

In other words, when living conditions change, especially those that are most important to us, our personalities also change to adapt to our new environment.

An essential detail regarding the immutability of the personality

This study shows that our personality is not an immutable instance but can change over time depending on the transformations our environment has undergone. Of course, we must remember that talking about personality as a great construct can be misleading. That is, personality is a macro category that includes many factors, from our thoughts to our emotions, attitudes and ways of behaving.

So, instead of talking about personality change, in general, it would be more correct to talk about some transformations that take place within it, due to which a person can behave more or less extrovertly and be more or less open to new ones. experiences.

Of course, the point of the matter is that when one of these changes occurs it almost always generates a series of cascading transformations. Because if we learn to be more open to new experiences, it will almost inevitably lead to the enhancement of extroversion,
we will develop a more relaxed attitude towards life and stop being so critical of others.

So the answer to the question that gives the title of the article is that the personality can change, but always until the conditions are met for this to happen. Furthermore, sometimes only small changes are produced that do not generate chain reactions, but are limited only to certain areas of the personality.