Anti-inflammatory foods: what they are and which ones to avoid

The pains and the inflammation they can be fought at the table. There are in nature foods that by properties and action they act as real drugs without however having the contraindications that generally characterize the latter. Let's find out what these foods are.

> Fight inflammation at the table 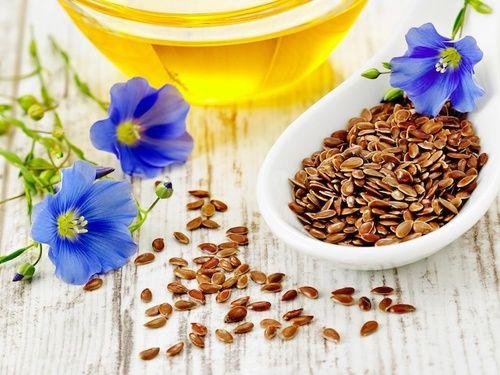 Fighting inflammation at the table

The percentage of people suffering from inflammation and pain of various kinds is very high. Sometimes these conditions are so extreme that they are disabling. For this reason and for the rush to rightly find some relief and well-being, we recklessly resort to the use of synthetic anti-inflammatories (drugs).

Treatment with the emergency drug can be useful but generally people who resort to this solution do so recurrently and habitually causing addiction and worsening the general condition of the organism. In fact, the synthetic anti-inflammatory acts directly on the stomach (irritating your mucosa and inhibiting the action of prostaglandins) while the liver has the tiring burden of disposing of the load.

In the long run, all this mechanism can only harm the organism that does not function in a "sealed compartment" but works as a "team". In other words, the kidneys can also be damaged in the tail and the intestine.

For this it is always good fare of prevention their own arma to avoid resorting to solutions that immediately relieve us of inflammation but then, on the other hand, damage us even more.


As it often happens power comes to meet us by giving us excellent alternatives to traditional drugs. As already mentioned there are some foods that have portentous anti-inflammatory characteristics. Some of these foods can be introduced daily into our diet such as preventive agents towards the parts of the body that are most vulnerable and prone to inflammation.

Having said this, attention must also be paid toelimination of foods that can increase it. A tissue or a part of the body can become inflamed by mechanical, chemical and biological causes. This is why it is good to observe your body and its reactions in order to intervene promptly, preventing a chronic inflammation with its consequences.

Some foods contain a particular acid called arachidonic acid to activity distinctly pro-inflammatory borne by the body. These foods are meat and eggs, peanuts and dairy products (cheeses).

In the body, arachidonic acid is synthesized through linoleic acid. This is extremely useful information because it makes us better understand the importance in the choice of oils and fats contained especially in packaged baked goods but also in those of artisanal production.

It should be borne in mind that arachidonic acid is mainly concentrated in the nervous system and muscle tissue. To be clear this acid is not only inflammatory but it is also useful to the extent that the organism produces it (for example we find it in breast milk for the development of the fetus) while it should be emphasized that an excessive intake through food makes it harmful, precisely pro-inflammatory.

This action is involved in atherosclerosis, rheumatoid arthritis, psoriasis and some other autoimmune diseases. A dietary correction, therefore, that regulates the excess entry of this acid is of undoubted utility.

We can therefore affirm that the "Enemy foods" (inflammatory action) are the sugar and refined carbohydrates (wheat or wheat), meats and cheeses, packaged foods, the glutamate and some particular food combinations (omega 6 association with foods that raise insulin such as dessert at the end of the meal is not correct), preservatives, additives and although not a food we also consider stress.

Nature offers a diverse range of anti-inflammatory foods. In general, a diet that includes fresh fruit and vegetables and season e whole foods they can already do a lot.

Other foods in particular, however, contain substances or active ingredients that act in a targeted way. Most synthetic drugs (for any use) are born from a careful scientific examination aimed at the plants in question. Digitalis which is a famous drug for heart care (cardiokinetic) is a clear example of this as is aspirin and many others. Even the powerful action of some herbs has banned them from the ministry of health for their use and marketing and then updated the dosages and methods of use.

The omega three (blue fish and some nuts) also return to our table in this case. Their action on the cycle oxygenase (cox) reduces inflammation.

The combination of health and extra virgin olive oil is now known and is one of the flagships of our Mediterranean cuisine thanks to its many virtues. Nonetheless they are linseed and hemp oil, less used but rose to prominence in recent years thanks to new favorable discoveries on their use in daily nutrition.

Flax is particularly appreciated for intestinal health and also finds satisfaction for the creation of excellent culinary recipes. There hemp it is also found in the form of pasta, oil and paté (valid alternative to unhealthy sauces and dips to spread on bread or to add to first and second courses with vegetables). Hemp contains good amounts of noble proteins and vitamins of group B, C, PP and minerals such as iron, magnesium, calcium and potassium, all useful elements especially in those who adopt a vegan or vegetarian diet. So it is a panacea for the nervous system and for cardiovascular problems (cholesterol), skin and bronchial problems.

Rice has excellent anti-inflammatory and regulating properties. It is "refreshing" and has a good detoxifying action as well fights hypertension. Generally everyone likes it and is an excellent alternative for those who cannot eat gluten-containing cereals.

I Red fruits I am a concentrate of polyphenols, substances that help us fight free radicals. They also have a good vitamin content and in particular vitamin C and A. In general they support the body with purifying activities, disinfectants, astringents and antioxidants.

Green tea has good antioxidant power and is useful in low calorie diets. Adjust the pressure and improves circulation and is cholesterol friendly.

The anti-inflammatory properties of pineapple are well known by women. Pineapple fights local inflammation (cellulite) and edema by improving water retention. It is rich in vitamin C and minerals such as potassium and calcium.

Boswellia serrata, spirea and clay such as black currant and blueberry are just some of the endless possibilities that can best manage inflammation with natural anti-inflammatories.

Acting promptly in the initial stage increases the success of the treatment in a short time and successfully without having to resort to heavier therapies. Moreover, for those who are forced to perform the same movement repetitively as in the case of the athlete or those who work by making routine movements (perhaps incorrect and perpetrated over time), they are more likely to inflame the joint or muscle.

In these cases it is possible to act both posturally with osteopathic techniques and intervening with applying creams locally and targeted whose components are natural and based on camphor to warm the muscle and devil's claw for inflammation. The clay it is excellent for inflammation locally (compresses) and for internal use. In the latter case, the mucous membranes of the stomach benefit from it.

Boil the water, turn off and pour the water into a "tisaniera" or a cup with a strainer. Add a piece of grated or powdered ginger root and add the juice of half a fresh lemon and a coffee spoon turmeric. You can sweeten with honey or stevia. Cholate and drink hot.

Bring the water to a boil and add a level spoonful of green tea. Add lemon zest, a coffee spoon of dioecious nettle and a pinch of ginger. Filter and drink in the morning and after lunch.

READ MORE
Anti-inflammatory foods among the natural remedies for neuralgia

Other articles on anti-inflammatory civi:

> 8 anti-inflammatory foods and their properties

Audio Video Anti-inflammatory foods: what they are and which ones to avoid
Piperine and turmeric: help to lose weight? ❯

add a comment of Anti-inflammatory foods: what they are and which ones to avoid