Algae, foods rich in iodine, vitamins and proteins, are a valid plant alternative to nourish yourself in a healthy and complete way. Useful against cholesterol and cardiovascular diseases, each variety has particular characteristics. Let's find out better. 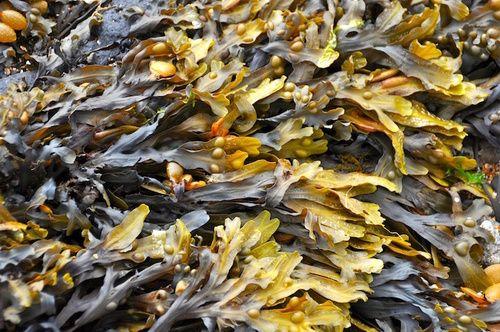 Of uncertain etymology, "alga" is probably the popular evolution of the term "Aliga", a word widespread in spoken Latin and already used to indicate a type of lower plant made up of one or more cells and generally living in water.

Among the names of seaweed best known that we are learning to know thanks to Japanese cuisine: Nori, Kombu, Wakame, Dulse, Klamath, Spirulina.

An in-depth alga Nori good quality it will be not very crumbly and will have a uniform grain against the light.

L'alga Dulse, due to its high salt content, is considered an excellent natural supplement to be taken after sports for hydrosaline rebalancing.

The Chinese have used thealga Kombu as a natural remedy to cure endemic goiter.

Rich in vitamins, proteins, minerals, algae are a valid plant alternative to nourish oneself in a healthy and complete way. Algae are the most naturally rich foods iodine, essential for the development of the organism, as it helps the production of thyroid hormones.


Le Nori seaweed they help lower cholesterol, prevent cardiovascular diseases; the Kombu seaweed they protect the brain and defend the body from chronic degenerative diseases; L'alga Wakame it is valuable for hair, nails and skin, as rich in calcium, vitamin C and B vitamins, as well as magnesium and iron.

L'alga Dulse is a good supplement to overcome fatigue; the microalghe Klamath they are rich in vitamins, Omega 3 and amino acids.

La Spirulina, tiny spiral-shaped green alga, it was discovered by nutrition scholars about 30 years ago: the interesting aspect of spirulina is its supply in terms of fundamental nutrients for the proper functioning of the body, such as beta carotene, vegetable proteins, essential fatty acids , chlorophyll, phycocyanin, iron.

At about anticancer properties of algae there has been a long-standing debate. In some traditional healing systems, such as traditional Chinese or Ayurvedic medicine, brown algae such as Kombu or kelp, are used in the treatment of cancer.

However, this is a rather unexplored line of research: some observations have been found with respect to the incidence of breast cancer that attribute the role of protective factor to the regular consumption of algae. Hypothesizing a systematic use of algae for cancer prevention is however still premature.

Algae are among the foods richest in omega 3: discover the others

Seaweed is particularly versatile and lends itself to many culinary experiments. We advise you on how to prepare for an excellent one Kombu chickpea and seaweed soup.

Get 200 grams of dried chickpeas, 1 onion, 10 cm of Kombu seaweed, 3 bay leaves, salt. Wash and leave the chickpeas to soak overnight. Wash and soak the Kombu in the same water as the chickpeas for 10 minutes. Peel and cut the onion into half moons. In a pressure cooker, arrange the seaweeds on the bottom, then put the onion and finally the chickpeas, pour the soaking water of legumes and Kombu, add the bay leaf and a pinch of salt.

Close and cook with the flame retina for about 40 minutes, then serve accompanying with toasted wholemeal bread.

You can learn more about all the properties, uses and benefits of algae

Other articles on algae:

> 3 recipes for using seaweed in the kitchen