Adriano Panzironi: can we trust the longevity guru? 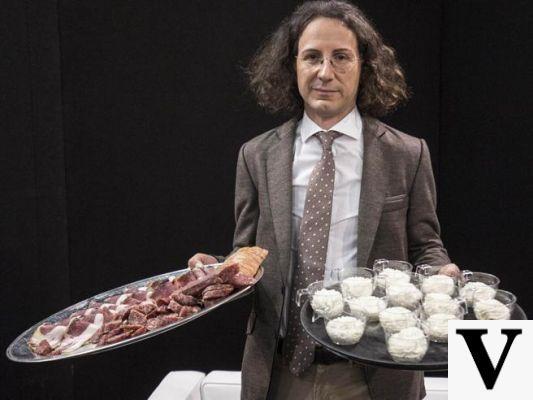 It promises to overcome problems ranging from kidney failure to cancer risk, with a simple change of diet, based onelimination of carbohydrates and adding some supplement. And would like to take us all to live up to 120 years. Adriano Panzironi, already finished several times in the spotlight of the news, he is not a doctor but he presents himself as an expert in medicine and nutrition. It enjoys a great following and he has recently filled the Palaeur, in Rome, with thousands of followers who swear they have changed their lives since following his methods. But here is the inconsistent and unscientific basis of the Life 120 regime.

Carbohydrates in the crosshairs, but science says otherwise
The guru condemns the so-called insulin carbohydrates, that is responsible for increasing insulin, accused of being the main engine of tumors, which, according to Panzironi, "feed on sugars, which instead of interrupting we continue to supply with the diet". He recommends eliminating bread, pasta, pizza, but also rice, corn and legumes, the Mediterranean diet in other words.

“The definition of insulin carbohydrate makes no sense in medicine. Each type of sugar, from whatever source it comes, produces that effect, ”explains the professor Lorenzo Piedmont, professor of endocrinology at the Vita Salute San Raffaele University of Milan. “But do you know what, most of all, increases the insulin in the blood? The protein, through amino acids. This alone would be enough to unmask the lack of scientificity of the proposed advice ». So the Mediterranean diet must be rehabilitated? "Of course, because it is not just pasta, bread and pizza but a balanced diet that includes complex carbohydrates of vegetable origin, such as legumes or pasta, preferably wholemeal, little white sugar, lots of fruit and vegetables, little red meat and occasionally sweets . And there are dozens of studies that support its positive effects ».

Cancer and diabetes: watch out for "fake" advice
What about carbohydrate-eating cancers? "This is true, all cells, including cancer cells, use sugar. But arguing that stopping carbohydrates removes fuel from the tumor has no basis, because the body continues to produce them by taking them from other parts, for example by transforming fats.

It's also true that the diet often becomes part of an anticancer therapy, but always with a specific and personalized approach. Let's take a case of cancer of the esophagus, in which the patient is already struggling to feed. Removing carbohydrates means making it waste away ». But also for the diabetes, you risk serious effects by relying on far-fetched advice. «A recent study showed that increase the dose of vitamin D through supplements, as suggested by Panzironi, it has no preventive effect on diabetes.

And watch out for DIY insulin. Let's think of the case of a child with type 1 diabetes whose parents decide to suspend it, would risk dying ", adds professor Francesco Purrello, president Sid (Society of the country of diabetology).

And on Panzironi's special advice, how to eat only cured meats from black pigs raised in the wild o use only Himalayan salt? «An animal raised outdoors, in a natural way, obviously gives a better product than a hyper industrial one, of whatever color it is. While the salt is always the same, from Asia to Sicily. These are all inventions that serve to impress and retain the follower, who becomes an object of marketing, nothing more », adds Professor Piemonti.


But then because thousands of people claim to get good results? "There are dozens of diets like this, often defined as low carb, and all of them have an effect on many subjects in the short term," says Professor Piemonti. «An overweight or hypertensive person, accustomed to a high-calorie diet with too many sugars, necessarily feels better if he stops consuming pasta, bread and pizza. But there are scientific studies showing how these regimes, protracted for years, end up having negative effects. Just think that the brain is one of the organs that most of all feed on sugar. I admit, however, that official medicine should make a mea culpa, because so far nutrition has been kept in the background and many doctors do not have sufficient knowledge to meet the needs of patients. On the other hand, this does not mean that we should believe these sorcerers according to which all normal doctors conspire every day to make us sick, while they know the elixir of life ”, concludes Lorenzo Piemonti.

Few studies so many complaints

Adriano Panzironi, Roman, was born in 1972. Little is known about his education, he is not a doctor, but figure as freelance journalist. Its system revolves around the Life 120 brand, with whom he proposes diets, sells food products, records videos for his online channel.

The Order of Journalists suspended him, the Order of Doctors of Rome denounced him for abusive exercise of the profession andAgcom imposed a fine of 260.000 euros on him for having transmitted advertising information potentially harmful to health. Many of the main associations of nutritionists (Adi, Ansisa, Andid) have condemned him. And recently, even the Minister of Health Giulia Grillo has stigmatized his behavior.

Audio Video Adriano Panzironi: can we trust the longevity guru?
Batch cooking: one day only in the kitchen to eat (well) all week ❯

add a comment of Adriano Panzironi: can we trust the longevity guru?