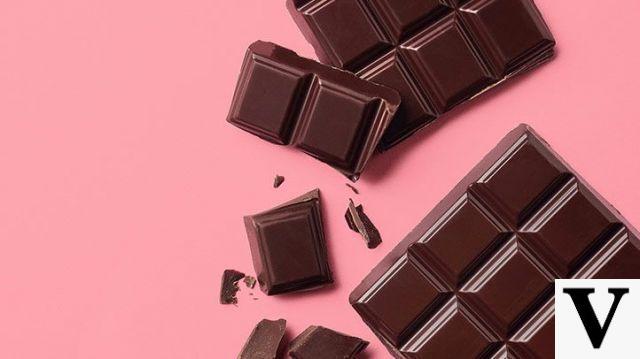 That is good formood and protect the heart it's known. But there are at least 6 other valid reasons in favor of one-two squares of chocolate per day. But be careful: it must be strictly dark (70% cocoa and 30% sugar). Read here.

1. It's good for your memory

Il dark chocolate it would seem able to feed the neurons of greater plasticity. In other words, our brain circuits would be more ready to learn and remember concepts, to process information with significantly better performing work and study outcomes. «The 'intellectual' value of dark chocolate - declares the professor Giacinto Miggiano, director of the Human Nutrition Center of the Catholic University of Rome - is attested by a recent American study, from Loma Linda University, California, which concluded that greater and the concentration di cacao in a bar of chocolate, the more effective the"anti-aging" action of flavonoids on the memory and its performance ".

If you suffer from anemia or have an unbalanced diet, the dark chocolate it could be a tasty remedy to boost your iron levels and give you a little more tone and vigor. To get an idea, think that a 100 g tablet could even satisfy 44% of the daily requirement of the mineral (obviously eating so much is not correct!). «Chocolate - adds the expert - compared to other foods containing iron it also has the advantage of being more easily absorbed by the body, therefore better and more quickly usable.

Does this seem like a paradox to you? Not at all, because the bitter cocoa contains tannins, fluoride e phosphates. «These are substances - adds Miggiano - that help protect against cavities and plaque, also inhibiting the action of Streptococcus mutans, the bacterium responsible for tooth decay. However, it is necessary that the chocolate is not eaten in combination with other sweet foods and / or carbohydrates, nullifying the anticaries action, and that proper daily oral hygiene is performed ".

A piece of dark chocolate helps you to quell cough. According to the data of an English study, the presence of theobromine, contained in cocoa beans, would have an action soothing in non-serious symptoms of the upper respiratory tract, in particular on the cough, with possible beneficial effects also on the symptoms ofasthma.

During the nine months of pregnancy the dark chocolate, in addition to giving a good mood to mum and baby, it can be of help in control blood pressure. «30 g per day - says the nutritionist - can also help control the cholesterol, increasing the production of the 'good' one, that is HDL ».

Chocolate does not clash with the scales, quite the opposite! The release of endorphins, ie chemicals produced by the brain, allows you to feel fuller and more good mood. «It is proven - Miggiano specifies - that the chocolate melting he's able to reduce the daily calorie load even up to 17%; which means better appetite control ».

add a comment of 6 good reasons to eat dark chocolate