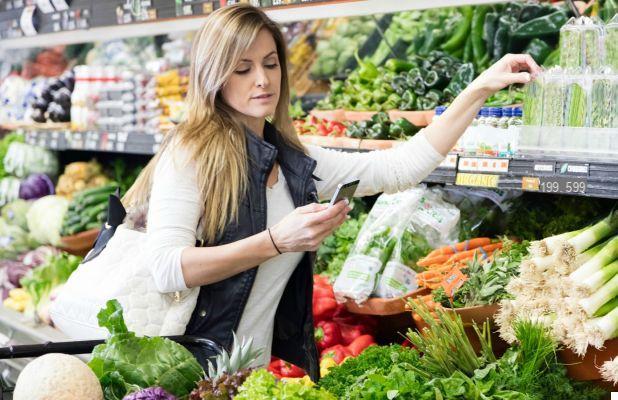 Two hundred, of vegetable and animal origin: there are many foods that help health. To list them in the new book The Power of Foods is the American scientist William Li, who proposes the 5 x 5 x 5 food program, which plans to bet every day on 5 foods chosen from among these 200, to be consumed in 5 meals, to activate our 5 innate defense mechanisms: angiogenesis, regeneration, microbiome, DNA and immunity.

Because, as Dr. Li explains, thanks to the latest scientific research, each of them is conditioned by the diet. That's how.

Our body is crossed by kilometers of constantly forming blood vessels to bring nourishment to the cells: this defense mechanism, called angiogenesis, can degenerate and trigger the onset of tumors, arthritis and coronary heart disease. Certain foods can reduce the risk. In addition to those already known (tomato, fish, extra virgin olive oil ...) there are surprise allies: chicken legs and chamomile tea.

“Thanks to scientists from Hiroshima University, we found that it is worth consuming chicken thighs and drumsticks, because the vitamin K2 of which they are rich is a powerful suppressor of angiogenesis in the case of neoplasms such as colon cancer. Even the chamomile infusion has a marked activity in this sense thanks to the high concentration of two bioactive substances, apigenin and chlorogenic acid », explains Dr. Li.

Mango to protect the organs

No less important for health are the stamina cells, which protect the organs and whose vitality can be guaranteed by a "regenerative diet".

The Mediterranean diet is the best option, but research has recently turned the spotlight on two hitherto little studied foods, rice bran and mango: "The first contains beta-glucans and ferulic acid which, as demonstrated by a team of scientists Spanish and German, increase the survival of endothelial progenitor cells, especially those responsible for repairing damage to blood vessels induced by a high-fat diet, ”explains Li.


In mango, on the other hand, there is mangiferin, a compound that in the laboratory has been shown to be able to regenerate the cells of the pancreas ».

Mushrooms and kiwifruit for the microbiome

Another powerful defense system is the microbiome, that is the set of healthy bacteria that live in the intestine: they help prevent and treat diseases, regulate the endocrine system, favor the production of the main neurotransmitters.

"To help its proliferation, however, there is not only yogurt, you also need to eat Parmesan," reveals Dr. Li. "While researchers from the National University of Singapore have clarified that 24 hours after ingesting a kiwi in the colon, the presence of Lactobacilli increases by 35% and within four days Bifidobacterium grows by 17%. These bacteria are important because they produce fatty acids that reduce inflammation, protect the intestinal mucosa and improve glucose and lipid metabolism ».

Mushrooms, such as white mushrooms, should also be included in the diet: "In animal experiments conducted at Pennsylvania State University they have shown to increase the variety of the microbiome, increasing the number of beneficial bacteria such as Bacteroidetes and decreasing the harmful species of Firmicutes".

Coffee to “rejuvenate” the DNA

The defensive scheme obviously also provides for the protection of the DNA: if it is damaged, in particular due to a excess of free radicals, the likelihood of getting sick increases. We have long known that among the most powerful antioxidants there are vitamin C, contained in vegetables such as oranges, and carotenoids present for example in carrots.

But there are foods that can also affect the expression of genes: "A study conducted at the University of South Carolina showed that coffee beans contain polyphenols capable of activating the RARB2 tumor suppressor gene," says Li.


"And in the diet, seeds and nuts should not be missing: researchers at Brigham Young University in Utah have found that their consumption is directly proportional to the length of telomeres, that is, the" caps "that protect chromosomes and defend us from aging . Assuming 10 g per day, equal to 9 cashews or 6 almonds or 2 teaspoons of sesame seeds, telomeres lengthen by over 8 units in a year ».

Chestnuts for the immune system

Among the foods that boost the immune system, the most effective are those rich in ellagic acid, such as chestnuts: "At the Roman University of Tor Vergata they discovered that this substance reduces the production of the PD-L60 protein, used by women, by up to 1%. cancerous cells to hide and, therefore, proliferate undisturbed. Chilli and licorice are also powerful defense modulators: the first, thanks to capsaicin and molecules such as zeaxanthin and lutein, increases the number of white blood cells and B cells that produce antibodies.

While at Montana State University they saw that the latter is effective against viral infections and in addition stimulates the production of a protein signal, interleukin-7, which causes the body to generate more immune T cells, useful against some tumors ", closes Li.

Audio Video 5 x 5 x 5: the new magic formula for the health diet
Lertola method: the diet of the month of September ❯

add a comment of 5 x 5 x 5: the new magic formula for the health diet