5 insignificant details people use to judge you 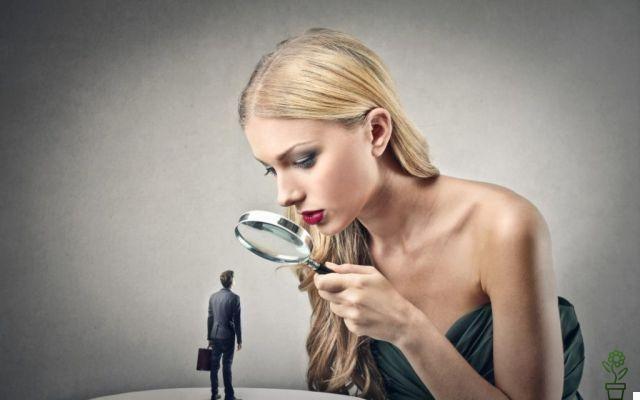 When we first meet someone we do a quick assessment of the person and their appearance. In fact, did you know that the first impression do you train on average between 7 and 17 seconds? The first impression is very important because it reveals in a very short time, if the person can be dangerous or, on the contrary, is someone you can trust.Of course, we always get carried away and we also attribute characteristics to the first impression of personality. In this way, we determine if we have any points in common with that person and if he is someone we might know, or if, on the contrary, it is better to avoid him.Of course, many of these attributions can be erroneous and even arbitrary, but from the moment that most people move in social contexts allowing themselves to be influenced by this first impression, it is important that we make sure we send the right message.

What do people rely on to judge the character of a stranger?

1. The color of the clothes is the business cardBeyond the style of clothing you wear, which says a lot about personality and values ​​and priorities in life, color is the first visual signal that strikes the other person and one of the points of reference for trying to discover his personality. . For example, yellow clothes convey energy, happiness and a desire to share, while black clothes reveal a sensitive, introverted and detail-conscious person who does not readily share his life with others. It has also been found that red is associated with hardness and resistance, while white indicates a person with a strong practical sense, who does not like to waste time.
2. Shoes are more than just shoesA curious study carried out at the University of Kansas found that we can discover the main characteristics of someone's personality with 90% success just by looking at the shoes they wear. In this research, 63 volunteers were asked to observe 208 pairs of shoes worn by different people and then fill out a personality questionnaire with which they attempted to reflect the main characteristics of the owners of the shoes. In this way associations were made between bright colors and extroversion, practical and functional shoes with the desire to please others, boots with aggressive features and new and well-groomed shoes with anxiety and perfectionism.
3. The eyes are the mirror of the soul, for better or for worseThe eyes are said to be the mirror of the soul, especially the pupils, which send different messages. In any case, it is one of the clues we use to try to discover the personality and intentions of the person in front of us. In fact, our eyes can reveal whether we are thinking or whether we are a loyal or deceptive person. Lack of eye contact is also believed to reveal a person who is insecure, with little willpower, or who wants to hide something. Some studies indicate that we think blue-eyed people are kinder and more outgoing, while brown-eyed people would be more trustworthy.
4. A handshake says more about you than you thinkHandshaking is one of the most common forms of greeting. It is curious that we express our personality through this apparently "insignificant" gesture. In fact, a study conducted at the University of Illinois revealed that when we see or receive a handshake, the area related to social judgment is activated in our brain. It has been found that people who give a strong and firm handshake convey confidence and reflect a strong character. In general they are outgoing people, who have no difficulty expressing their emotions, but are not exactly calm. Conversely, people who give a weak handshake are often seen as insecure and inclined to take the easier path.
5. Nails reveal your habits, ergo, your personalityOur habits can tell a lot about who we are. And how our body reacts to these is a clue to the people we meet every day. For example, a study conducted at the Montreal University Institute of Mental Health revealed that people who tend to bite their nails are not only prone to nervousness, irritability and anxiety, but are also perfectionists. Furthermore, the cleaning and care we dedicate to our nails also reveals how much importance we place on the approval of others and how important personal care is to us.
5 common phrases that reveal unsettled childhood trauma ❯