Quinoa is a herbaceous plant native to South America. Although its grains recall its appearance and its uses in the kitchen are similar, quinoa it is not a cereal. It doesn't contains gluten and owns nutritional properties more similar to those of legumes.

È rich in potassium, phosphorus and magnesiumor, but also of calcium and fiber. Its main feature is its singular protein content. It indeed presents all essential amino acids for the functioning of the organism.

READ also: Quinoa: properties, uses and where to find it

Quinoa can be used for the preparation of first or second courses, but also enjoyed for breakfast or as a snack. Here are ten tasty recipes with which to enrich your usual menu.

Quinoa can be used instead of rice for the preparation of a paella completely vegetable. Here are the ingredients for four people.

Boil the quinoa in boiling salted water equal to three times its volume, to which you have added two teaspoons of turmeric powder. Cooking times can vary from 10 to 15 minutes. Cut the vegetables into chunks and cook them in a pan with a drizzle of oil. Then add the boiled peas and the quinoa once cooked and drained. Mix everything by tossing it in a pan over high heat and serve. 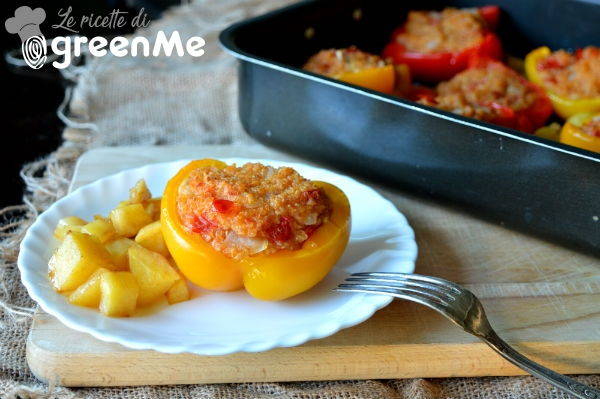 Quinoa stuffed peppers is an easy dish to prepare, very light but at the same time nutritious. Just cook the quinoa, fill the peppers and put everything in the oven. Here is the complete recipe to follow step by step.

Quinoa with lemon and ginger

Here are the ingredients for a recipe for four people based on quinoa and brown rice, flavored with lemon and ginger.

Boil the rice and quinoa separately in salted water. Drain and combine the two ingredients in a single pot seasoning immediately with olive oil and stirring. Then add the chickpeas, the cherry tomatoes cut in half, a tablespoon of chopped parsley, two tablespoons of grated lemon zest. Mix everything well and add a teaspoon of powdered ginger and a few green olives as a finishing touch.

Pumpkin stuffed with quinoa and seitan

Recipe for two people. Boil the quinoa in vegetable broth equal to three times its volume. Meanwhile, cut the pumpkin in half and remove the seeds. Sauté the diced seitan in soy sauce and olive oil. When the quinoa is ready, drain it and add it to the seitan. Add a tablespoon of chopped oregano and mix. Fill the two parts of the pumpkin with the mixture obtained, sprinkle with breadcrumbs and bake for 15-20 minutes at 180 ° C.

Quinoa with avocado and asparagus

Recipe for four people. While boiling the quinoa in salted water with the asparagus cut into chunks, slice the avocado into cubes and chop the rosemary. Then drain the quinoa and simply season it with olive oil and chopped rosemary.

Recipe for two people. Boil the quinoa in salted water and drain it very well. Then pour it into a pan in which you have left the sliced ​​onion to brown in olive oil. Add half a glass of tomato sauce and mix everything. Then add the beans and chopped marjoram. Place the pan on the stove and sauté everything for a couple of minutes, finally adding some chilli. Serve hot or cold.

Boil the quinoa in salted water and drain. Put the black beans in a blender until you get a puree to which add the quinoa once ready. Arrange a few lettuce leaves on each open tortilla and pour a part of the quinoa and bean filling in the center of each. Then roll or fold each tortilla in half and enjoy. 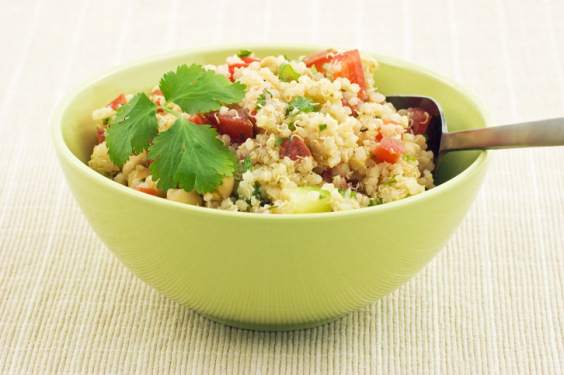 Recipe for two people. Boil the quinoa in salted water as usual. Drain it and pass it under cold water as you would for the preparation of a rice salad. Cut the cucumber into small pieces, the carrots into strips, the pepper into strips and the courgette into cubes. All the vegetables can be added to the quinoa directly raw. Dress with olive oil, lemon juice and oregano.

This recipe will allow you to prepare biscuits to be able to taste quinoa in an original way even a snack or breakfast. Here are the ingredients for about fifteen biscuits:

Boil the quinoa in unsalted water until it is well softened. Meanwhile, mix the flour, sugar and cinnamon. Then drain the quinoa and add it to the dry ingredients starting to work the dough with your hands. Gradually add oil and vegetable milk and knead the dough until a homogeneous mixture is obtained. If necessary, add more vegetable milk to soften the dough. Let it rest in the refrigerator for 30 minutes and then roll out the dough with a rolling pin and cut out the biscuits with the help of molds or a knife. Bake in the oven at 180 degrees for 10-15 minutes. 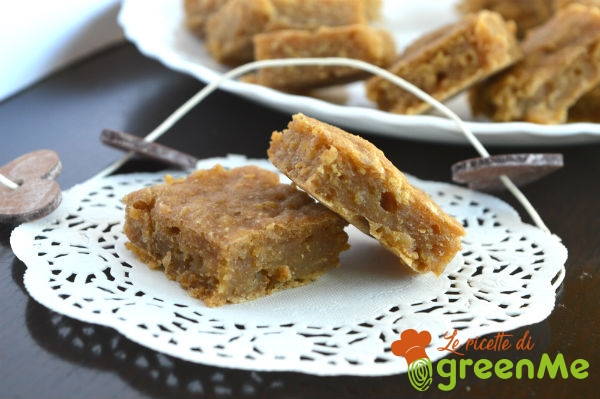 The light quinoa pie with star anise is a "dessert to soak" with a delicate taste and a soft consistency, perfect for breakfast or for an afternoon snack. Very easy to make, this recipe is also vegan since it does not require the use of any food of animal origin, without butter and without added fats. Here you will find the complete recipe.