What does the internet do to memory? 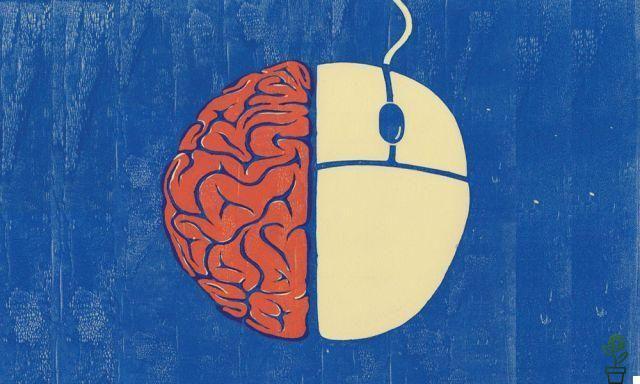 The internet is part of our life. Undoubtedly, it is of great help in several areas and allows you to save valuable time, stay in touch with anyone anywhere in the world and, of course, keep us informed. But everything has a price and the Internet is no exception, and if we're not careful, overuse of the Internet could cause us some pretty serious cognitive problems.

Using the Internet continuously to search for information causes us to doubt our memory more and more. This is demonstrated by a study conducted by a group of psychologists at the University of California, who found that the more we use the network to find information and contrast data, the less likely we will be to use our memory, even when it comes to trivial questions. for which we already know the answer or we can find it by applying logic.

This phenomenon has been renamed "Cognitive discharge" o “download cognitivo” and it refers to the fact that the Internet gradually steals memory from us since the more we trust the data on the network, the less we will trust what we have learned or the answers we can find by thinking for ourselves.

The study in question was conducted in different phases, at first people were asked to answer a series of questions of general knowledge and of medium difficulty. Some of them were allowed to access the Internet while the rest were asked to use only their memory.

In a second phase, all participants were allowed to use the internet, but the researchers made sure that the questions were very simple, so it was only necessary to rely on memory or apply common sense to find the answers. For example, one of the questions was: "Do all countries in the world have flags with at least two colors?".


Thus it was observed that the people who used the Internet in the first test were also more likely to reuse the network to find the answers, instead of thinking or using their memory.

However, the most interesting results came when the participants did not use the Internet. In that case, those who resorted to the network made 30% more errors in their responses. The researchers also found that their responses were more impulsive and that they thought less.

On the contrary, those who started the experiment based on their memory from the first moment, obtained better results in the final test. This experiment tells us that, indeed, the Internet has a major impact on our memory, and that's not exactly good.

The dangers of relying on an external "hard disk"

Of course, this isn't the first study evaluating the Internet's impact on our memory. Previous research by Columbia University psychologists revealed that students remembered less information when they knew they had easy access to the internet. In practice, instead of trying to understand and store information, we simply rely on an external "hard disk".

However, the fact that we prefer to use an external “hard drive” is not the only problem. A study conducted at the University of California found that regular Internet users exhibit less activation in several areas of the brain when reading text on the Internet, including areas related to short-term memory. This could indicate that the more we use the internet, the less we store what we read, because we know it will be available at any time.

Furthermore, the problem is that short-term and long-term memory are skills that must be continually exercised or they will end by deteriorating. If we rely on an external "hard disk" our ability to remember information will be reduced more and more, and this can open the doors to neurodegenerative diseases. Short-term memory, for example, is of paramount importance for thinking. Long-term memory is essential for maintaining our identity.

The barriers of memory dissolve

Only a few decades ago, when we didn't remember the name of the protagonist of a film, we called our cinephile friend. Indeed, the tendency to distribute information within groups has always existed, it is what is known as the "transactional memory system" and implies being fully aware that the knowledge one wishes to access is outside our own. memory, another person has it.

But the immediacy that the Internet offers makes sure that the barrier between what we know and what others know (in this case the Internet), vanishes. The distinction between external and internal memory is increasingly blurred; that is, we confuse what we know with what we seek.

While this "confusion" may seem incredible, an experiment conducted at Yale University found that people who used the Internet to find answers to questions showed greater self-esteem about their cognitive performance. In fact, they identified well with statements like "I have a good memory" or "I remember the details well".

These results have led psychologists to believe that the barrier between internal and external memory, the one encountered on the Internet, is fading. When people search for information online, they have the illusion that the results they find depend on their abilities.

The problem, once again, is that this illusion prevents us from developing our cognitive resources. Of course, the solution is not to stop using the Internet, which is a great tool, but to use it more rationally. Fortunately, being aware of the effects of cognitive discharge and, above all, looking for other strategies to train our memory, will allow us to keep this ability active over the years.

add a comment of What does the internet do to memory?