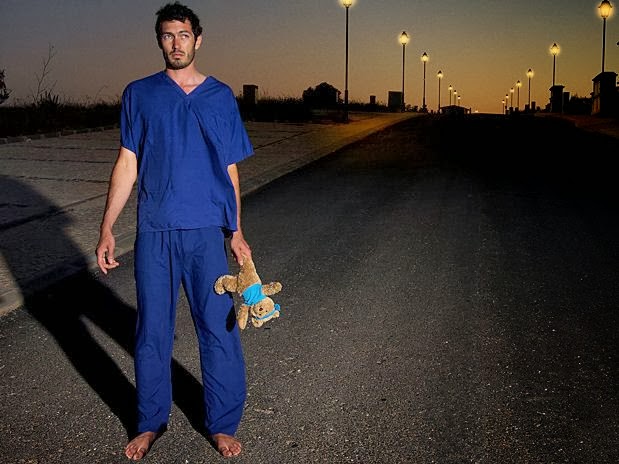 A little morning in May 1987
after half past one in the morning, a 23-year-old Canadian boy, Kenneth Parks,
he drove to his stepfather's house and strangled him. A year later it was
convicted, but a thorough investigation revealed that Parks had been
victim of an episode of sonnambulismo
during the assassination.

This story inspired the film “The
Sleepwalker Killing ". It must be said that these cases are extreme, but the
violence during sleepwalking episodes is not entirely unusual. For
this, even if in the past I have already referred to the causes
and consequences of sleepwalking, now I'd like to point out the
connection between sleepwalking and violence. In 1995, a study that analyzed
64 people suffering from sleepwalking, showed that more than half of
these exhibited violent behavior during the episodes. An analysis
posterior concluded that 70% of people who suffer from sleepwalking can
act violently. Indeed, other epidemiological studies
confirmed that violence in people suffering from sleepwalking
it is not a problem to be underestimated. In 2010 a study that analyzed i
data from over 20.000 people from six different European countries showed that
about 1,7% of these suffered from violent sleep behaviors.
However, the researchers think the figure could be even higher. Obviously, the main problem
it consists in the lack of control by the person involved and by
his ability to develop complex actions while he is sleeping. Education
made with functional resonance methods have shown this to be
due to the fact that during an episode of sleepwalking the areas of the
prefrontal cortex (by which we regulate our decisions and
behaviors) are inactive. However, the areas involved in the control of
movements, including the posterior cingulate cortex and some parts of the
cerebellum, exhibited enormous activity. However, these changes on the level
brain are not enough to explain the violence. To be fair,
science still has no definitive answer to explain the connection. In any case,
Mark Pressman, a doctor from Thomas Jefferson University, has
analyzed 32 cases of nocturnal violence and realized that most
of these were provoked by encounters with other people during the episode of
sleepwalking. It is also known that triggering dreams
they are present during sleepwalking and could lead to violence
as these people often report very vivid images that they generate in
fear them. For this, many specialists speculate that people become
violent as their brain senses it is about to be attacked.
Lost Sleep: Can We Recover It Without Suffering Damage? ❯

add a comment of Sleepwalking and Violence: A Very Common Connection