How we sabotage ourselves based on our circadian rhythm 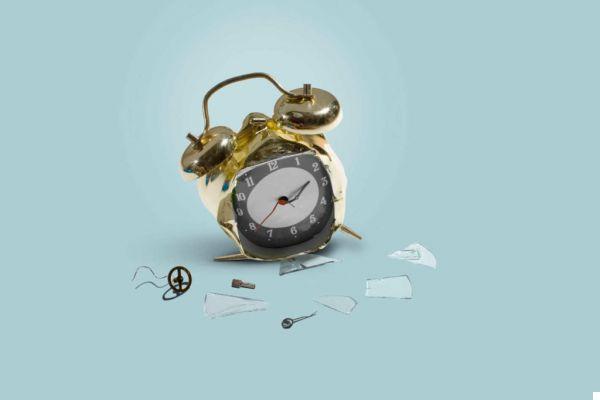 There are morning people who work best in the early morning hours, and there are night owls who work to their fullest capacity during the night hours. This difference is essentially due to the circadian rhythm, a natural cycle that follows our body and repeats itself every 24 hours.

In fact, we work harder and better when we are alert, with a clear mind and metabolism running at full capacity. Conversely, we will be slower and make more mistakes when the circadian rhythm is low.

Most people are familiar with these productivity cycles, albeit intuitively, and they know what time of day they are most productive. In fact, chances are that you too have organized your agenda based on these fluctuations in productivity, to make the most of your circadian rhythm.

If you are one of those people who get up full of energy, perhaps you have planned an early morning space to carry out the more complex activities, those requiring the most from a cognitive point of view. If you are among the people who work best in the evening, maybe you postpone these activities until the end of the day.

It's all a matter of common sense

However, since psychology is not an exact science, the "perfect" organization based on the circadian rhythm could play a trick on you. For example, what would happen if you are a morning person and you get up early to dedicate yourself to that very important project but, instead of dedicating yourself to it, you waste precious time on social networks?

It may seem far-fetched, but according to Indiana University psychologists, we do it all the time - we're great at using our circadian rhythm to self-sabotage.

Performance anxiety causes us to self-sabotage

While analyzing people's circadian rhythms and their work habits, these psychologists discovered something unexpected: We are more likely to self-sabotage ourselves during the hours when our mind is most active and fresh.

Self-sabotage includes all those behaviors that we practice, more or less consciously, and through which we reduce our chances of being successful in a certain activity. For example, if we have to go to an important job interview that doesn't really interest us much, we do everything we can to be late in order to reduce our chances of getting the job.

In reality, self-sabotage is a twisted ego mechanism by which we invent excuses that allow us to avoid those things that scare us or dislike us, but are unwilling to acknowledge. In this way, we can say that we have not succeeded for another reason and our self-esteem comes out unscathed.

According to the experiment conducted by these researchers which involved 237 volunteers, we have a tendency to plan self-sabotage during the early hours of the morning, if we are early risers, or at the end of the day if we are night owls.

These psychologists say that, for many people, the performance anxiety they experience in these hours, during which they are supposed to be most productive, is too great, and leads them to sabotage their moments of increased productivity by allowing them to ease their stress. stress and pressure. Later, if they make mistakes or don't advance fast enough, they can simply justify it by saying that they are not the most productive hours.

How not to waste those hours?

Throughout the day, there are usually two or three hours in which we peak in productivity, which is a period of time when our brains are fresh and we are able to think quickly and clearly. At the same time, our metabolism works faster and we feel full of energy, ready to take over the world.

If you've already identified those hours in your day, make sure you don't waste them on self-sabotage. Free yourself from the pressure generated by performance anxiety, just enjoy what you are doing and go as far as you can.

Furthermore, now that you know this mechanism, you can identify it in time and deploy the appropriate resources, such as blocking social networks during these hours, for example, so as not to be tempted to enter and waste precious time.

How to fight anxiety: 10 tips ❯