Dream: Tell me how you sleep and I will tell you what you dream about 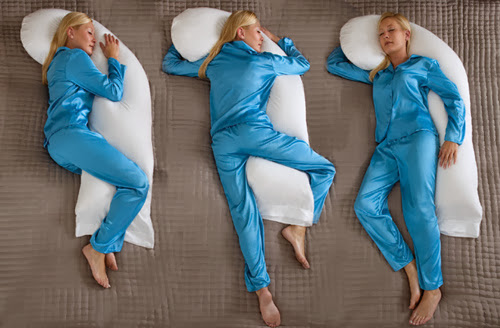 The world of gods dreams is an unknown for neuroscientists and psychologists e
undoubtedly, it also exerts a powerful attraction on most
people. This is not an interest born only in recent years, but in
different cultures and eras, dreams have always been considered experiences
important that could have a premonitory significance. Now, a group of researchers from Shue
Yan University, in Hong Kong, have wondered if the position we take
while we sleep, it could affect the type of dreams we will have. In fact, normally
we incorporate sounds from outside into our dreams, such as the
car horn or the cry of a newborn. These scholars interviewed a
total of 670 people with an average age of 19 years. They analyzed some
characteristics of their personality, the content of their dreams,
the intensity of the same and the position they tended to adopt when
they went to bed (belly down, supine or sideways). The results were very interesting.
It turned out that sleeping on your stomach was associated with some realities such as
for example: nudity, sexual intercourse, the feeling of being locked up
and lack of air. Likewise, this position was associated with
personality characteristics such as neurosis. Conversely, sleeping on your back or on your side,
it was not associated with any particular type of dream. But… what are these due to
relations? Researchers think sleeping on your stomach is a lot of exercise
pressure on the body, including the genitals, and normally causes difficulty a
breathe properly. So it's very easy for these experiences to happen
introduce into our dreams. It must be said that this is not the only study
who attempted to relate the content of dreams to others
features. In 2004 a research carried out with a limited group of
volunteers (63) concluded that people who slept on the side, mostly
on the right side, they had positive dreams and were less likely to
having nightmares about those who slept on the left side.
Dreams: the mechanism of censorship ❯

add a comment of Dream: Tell me how you sleep and I will tell you what you dream about