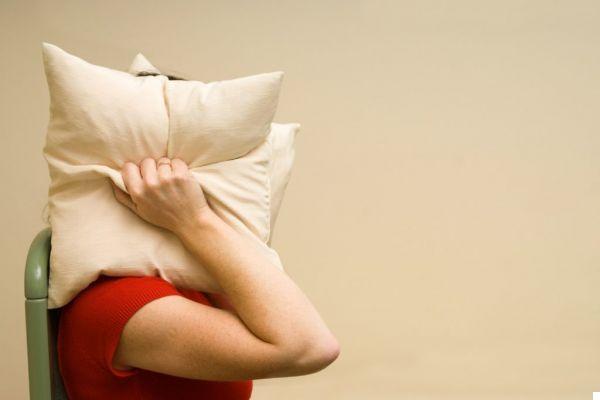 “It wasn't me” is the mantra of children, a phrase they learn as soon as they realize that when they make a mistake they are punished, but for some strange reason, some people keep repeating this phrase even as adults. Maybe they don't repeat it aloud, but it continues to echo in their minds: "It's not my fault, it's the fault of others."

The problem is that while it is true that by denying the error you are more likely to avoid the consequences, it is equally true that doing it prevents you from growing and maturing. Every mistake carries with it the seed of learning, but for this to germinate it is necessary to assume the mistakes made.

A very interesting study conducted at the universities of New York and California revealed that the way we assume our mistakes is closely linked to our personality and our personal growth potential.

These psychologists have analyzed thousands of people to identify the personality types that predominate in the reaction to errors. So they concluded that 70% of the population can be divided into three main groups:

1. The fault lies with others

These people keep repeating the phrase they used as children: "It wasn't me". When they make a mistake, they try to shift the responsibility onto someone else. Obviously, these people cannot learn from their mistakes, simply because they do not recognize them and are not mature enough. They tend to get defensive in the face of any attempt at criticism, even constructive, and often adopt a victimistic behavior.

2. Error. Which error? Nothing happened here

These are people who come to deny the existence of the error, often making others angry. This person, even faced with the evidence, will not only deny his involvement in the matter, but will also try to convince us that nothing has happened. This way of dealing with mistakes means that the person expects to be forgiven for everything he does, and is unwilling to acknowledge his faults and the harm he can cause to others. Obviously, assuming this attitude it is impossible for him to learn from his mistakes and correct them.

3. The fault is mine

These people take a diametrically opposite attitude: they sing the mea culpa at the slightest problem. The point is that they often blame themselves for everything that happens and may even take on responsibilities that don't belong to them. They tend to judge themselves harshly and often go through life self-flagellating for no reason. However, these people also learn a great deal from their mistakes as they automatically recognize responsibility, due to a gut feeling of guilt that was likely instilled in them in childhood, but this does not imply a reflective analysis of their involvement and responsibility in the situation.

Mistake is a learning opportunity: You decide whether to take advantage of it or not

Most people don't recognize their mistakes out of fear or shame, or because it makes them feel weak and incompetent. This is because our society has surrounded errors with a negative halo by making us believe that intelligent, competent and capable people are never wrong.

But mistakes are part of life and they offer us lessons that allow us to improve as people, but only if we are able to recognize them and are willing to correct them. As Confucius said: "the man who has made a mistake and does not correct it, makes another even greater mistake".

Therefore, while making mistakes may not be the most pleasant feeling in the world, it is even worse to miss this opportunity to learn.

The Assumptions: How Do They Become Our Worst Enemy? ❯