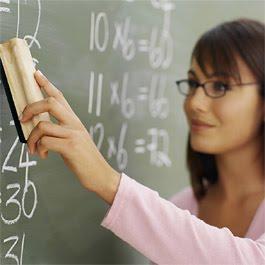 "A study developed by researchers fromUniversity di Wilkes in Pensylvania revealed that people who make love at least once or twice a week are more immune to colds than those who abstain from sex. Researchers assure that sexual activity strengthens the immune system ”.


Do you want a boring version of science? “A virus is roughly ten times smaller than a bacterium, which itself is ten times smaller than a typical human cell. In turn, a human cell is ten times smaller than a human hair from which it can be concluded that a virus is a thousand times smaller than a human hair ”. But… who cares about the information presented in this way? Which of the two pieces of information did you find more attractive? A total of 38 virus-related statements were rated by 34 psychology students on a scale ranging from: 1 = very boring to 7 = very interesting. The six statements rated as the most interesting were those related to sex or death. Later a new group of 89 students read the same material which was provided in three formats: paperback book, a Power Point or an animated presentation, with a time limit to access the information of 5 minutes. The researchers then assessed learning with specific questions in an effort to make people remember the content they learned. Then they used a test in which the students had to apply this content. What were the results? The students achieved good results both if the information learned presented interesting details as if it did not present them. But… when they had to apply the knowledge they scored better when the information presented data classified as boring, regardless of the format in which it was presented. Examples related to sexuality, although attractive, turned out to be a distracting factor for learning. Of course, this does not mean that teachers now only have to offer boring examples in their lessons but only have to choose those details that really support the information they want to convey. When you add irrelevant but very interesting data, it can make learning difficult.

A creative genius can be hidden behind the disorder ❯