A creative genius can be hidden behind the disorder 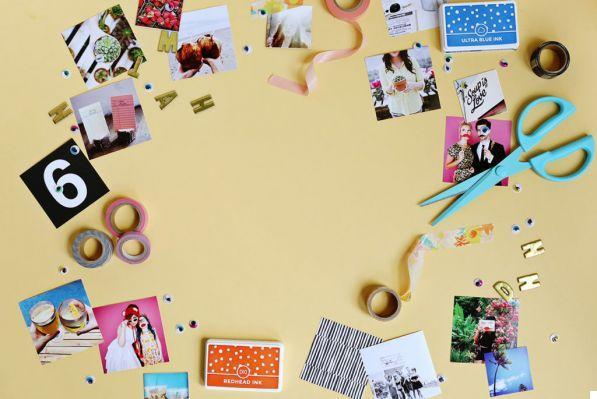 We live in a fairly predictable world. Almost everything is perfectly ordered and systematized. And society is concerned with perpetuating the organization in every sense of the term, in fact, in the West we love order and symmetry. This passion is revealed, for example, in our perfectly symmetrical gardens and buildings. But in oriental culture symmetry is not so important, because they are aware that in nature it is very rare. Buddhism teaches us to accept and embrace chaos as an integral part of the universe. From this point of view, order and symmetry are actually an illusion. An illusion that allows us to give a certain sense to the world, eliminate chaos to a certain extent and have a little certainty. Therefore, in our society, disordered people are often stigmatized, we consider them apathetic, lazy or even unbalanced. But that's not the case, or at least not always.

1. Chaos does not necessarily mean absence of orderWe tend to think that chaos means absence of order. However, José Saramago broke with this stereotype by saying: “chaos is an order yet to be deciphered”. Indeed, order and clutter can be very relative concepts; a seemingly cluttered desk, for example, can hide a very efficient priority and access system. On these desks, usually, the most pressing things are close to the person and high up, so that they cannot be ignored. In other words, just because we don't understand how to organize a person's workflow doesn't mean there's clutter.
2. A little clutter fosters creativityA study by University of Minnesota researchers found that environments saturated with things stimulate creativity. In one experiment, these psychologists asked participants to find new ways to use a ping pong ball. Half of them were asked to spend time in a tidy room, while the rest spent time in a messy room. Both groups presented the same number of ideas, but the most original came from the people who had been in the messy room. Everything seems to indicate that having a bit of confusion around us reminds us that the world is not so well structured and precise and that breaking the rules and thinking differently isn't that bad. In this way the brain is free to make new associations and develop unconventional ideas, it is as if the disorder encourages us to stop controlling our thoughts so strongly, letting new ideas flow.
3. Clutter only indicates that there are different prioritiesA few years ago, photos taken by photographer Ralph Morse at Albert Einstein's home were published shortly after his death. One of them left the world speechless by showing the clutter in his office. Of course, Einstein wasn't the only creative genius working surrounded by clutter - Mark Twain surpassed him, for example. Often the clutter simply shows people who don't bother following the status quo, people who appreciate spontaneity and are able to grasp the whole picture, without worrying about the details. These people prefer to invest their time elsewhere instead of worrying about tidying up around them.

An organized and perfect chaos

Of course, this article does not purport to be a hymn to disorder, even if it appears to be. Nor does it claim that all disordered people can become creative geniuses. Behind the disorder can also be laziness and lack of discipline.In fact, it is not about allowing all aspects of our life to turn into utter chaos. Even the order can sometimes be necessary, convenient and beautiful. The key is to find a chaotic order, or organized chaos, that allows us to develop our full potential.
Defending yourself from manipulators: 5 practical strategies ❯