Cereals: a complete list of types of cereals, their properties, nutritional values, recipes for cooking them.

For cereal means any herbaceous plant belonging to the Graminaceae family that produces starchy, floury, edible seeds - defined cariossidi but commonly and improperly called "seeds or grains" - used in both human and animal nutrition and from which flour is obtained (from the Latin cerealis “pertaining to the goddess Ceres”). Let's find out better.

> 5. Important to know that 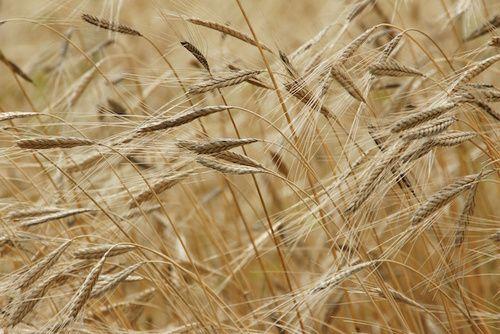 Cereals they are among the most cultivated in the world (8700 species) and their diffusion depends on various factors such as the ability to adapt to different environmental conditions (deserts, wet environments of fresh and marine water), the ease of storage of the dry product, high digestibility, the neutral taste that can be combined with many other flavors, from the possibility of being consumed as they are or transformed (they can be consumed whole, floured, sprouted, etc.), from the low demand for labor and the possibility of mechanization of the crop itself .

The most important and widespread species of cereals are:

The structure of cereals

The fruit of the cereals is the caryopsis, an indehiscent dry fruit that has the characteristic of being firmly grown with the seed, so that the fruit and the seed form a single body.

All cereals have a similar structure, divided into three parts: theendosperm starchy and protein inside, the barm o embryo rich in micronutrients such as B vitamins, vitamin E, antioxidants, phytonutrients and unsaturated fats and external bran rich in fiber and important antioxidants, which forms a protective layer around the grain.

The external indigestible layers (lignins and cellulose of the bran) and some internal parts rich in fats and therefore easily alterable (germ) are usually removed from the kernels of cereals, making only the endosperm (starch and part of protein). The degree of separation of the various components of the caryopsis (sifting or refining process), determines the type of product and its nutritional characteristics.

Much of the focus on the difference between whole foods and refined products has fallen on a series of indigestible polysaccharides of vegetable origin, dietary fibers, which are normally lost in refining processes.

Western diets introduce 10-15 g of fiber daily, vegetarians 40-50 g. There is still no agreement on the optimal amount of intake but many institutes and the WHO recommend a daily intake of 30-45 g per day, which is double or triple the current one. Hence the need to consume a good part of whole grains in the daily diet, in addition to fruit and vegetables.

All grain cereals must be appreciated, valued and used in rotation, as each one has specific properties and characteristics. As for vegetables and vegetables, as well as for cereals and starchy products, the imperative is not to fix only on some, forgetting all the others. There nutritional repetitiveness in fact, it means limited and monotonous nutritional intake.

Over the past thirty years there has been a profound transformation in the concept of nutrition; in fact, while in the past foods were considered almost exclusively as indispensable factors for the development and growth of the body, today they are recognized as having a key role in determining the quality of life. The concept of functional foods (functional foods), i.e. foods capable of carrying out, beyond the normal nutritional effects, a beneficial action on one or more functions of the organism, for the improvement of the state of health and well-being.

Cereals, which have always been basic products of the Mediterranean diet, can also play an important role in modern society as a raw material for functional foods since they contain some regulatory components.import anti functions vital, Which fibers, substances antioxidants, phytosterols etc., covering the second position in the so-called market segment functional foods after milk-based products and derivatives.

On a nutritional level, cereals represent an excellent energy source being rich in carbohydrates; they are also a good source of proteins, mineral salts, vitamins and fibers and have a low lipid content. The numerous bioactive compounds are located in different parts of the caryopsis including beta-glucans, lignans, tocotrienols, folates, fructans, phytosterols, polyphenols, policosanoli, phytates, pentosans, arabinoxylans that perform numerous biological activities (prebiotic, probiotic, antioxidant, hypoglycemic, hypocholesterolemic, reduction of cardiovascular diseases, colon cancer and neural tube defects) which, by means of some fractionation and recombination technologies, can be isolated / concentrated in some fractions to be used as ingredients for the development of functional foods.

Cereals are a real source of energy

How to use cereals

All grains are hardly edible when raw which is why man has learned to ferment and / or cook them.

Cereals are mainly used in cooking for the production of bread, pasta and flour but also for the preparation, following fermentation, of alcoholic beverages such as whiskey and beer (barley, sorghum), vodka (wheat), American bourbon (rye), Japanese sake (rice).

La fermentation of cereals causes changes in food quality, including texture, flavor, appearance, nutrition and safety. The benefits of fermentation can include:

Find out how to cook cereals!

Important to know that

The only cereals that certainly contain the proteins harmful to the intestinal mucosa of celiac they are wheat, rye and barley, in addition to the result of the wheat-rye crossing known as triticale.

The taxonomy also indicates that all cereals that are included in the genus Triticum and that contain gluten proteins (including gliadin), by analogy with wheat should be excluded from the diet. Among these we remember above all the spelled.

Until recently, oats were also among the foods that were certainly not recommended; more recent studies seem instead to indicate that theavenina - protein structurally similar but not identical to gliadin, it may not be harmful for people with celiac disease. The evidence that the researchers are gathering in this sense seems to lead to a definitive confirmation of the possibility for the celiac to freely consume foods containing oats.

In reality, however, there are some practical problems; for example, oats can be grown in rotation with wheat or in neighboring fields and there is a risk that the same machines are used for processing and that storage silos are sometimes common. Contamination of oats with small amounts of wheat is therefore possible !.

In addition to these more common cereals, there are others of less frequent use which, however, must be avoided. I am:

Here's how to cook with seitan

Other articles on cereals that may interest you:

> Do you know what's really in breakfast cereals?

> What pseudocereals are and how to use them