Do you get distracted easily? Better! 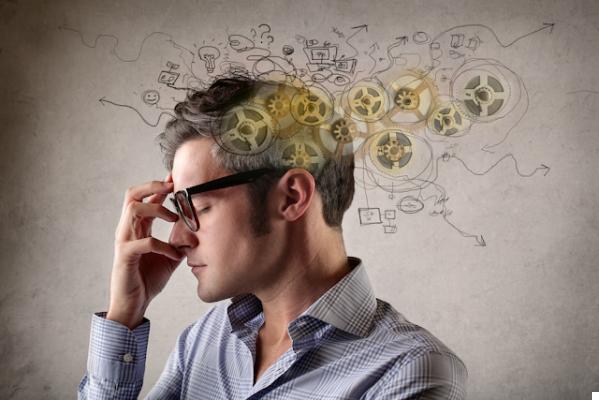 It is said that Darwin, Chekhov and Proust were people who were easily distracted, although this hasn't stopped them from developing their theories and writing their masterpieces. And while the power of attention and concentration are often exalted in our culture, it must be admitted that creativity often goes hand in hand with distraction. A study conducted at Northwestern University found that particularly creative people they struggle to avoid background noises in the environment, the horn, a leaking tap or people talking in the office. These people have more sensitive sensory filters, which help limit their ability to concentrate, but at the same time also allow them to integrate different ideas, which is one of the keys to creativity.

In fact, it is said that Proust had isolated the room in which he wrote and also used earplugs. Only in this way could he concentrate. Wagner said that his greatest need to compose a piece of music was stillness, silence and calm, while Kafka said that he needed solitude to write.

Distraction: A necessary factor for creativity

84 people participated in the experiment in question. Their creativity is evaluated in two different ways: the first test was to look for a creative ending for some stories. The greater the number of endings and the more original they were, the more they were worth in evaluating creativity. The second test was to find creative solutions to the problems of everyday life. In this way, the most creative people were identified.

The electrical activity of their brains was then measured for signals indicating the ability to automatically filter out unwanted information. To do this, he heard the sound of two clicks in the headphones, separated from each other by 500 milliseconds. Most people showed strong physiological arousal upon hearing the first click but later inhibited the second. However, this did not happen with creative people.


These folks kept showing strong second-click activation, which revealed that their filters to stop irrelevant information weren't working very well. These results indicate that getting distracted easily isn't as bad as you think.

The hidden relationship between creativity and distraction

Sensory filters allow us to detect irrelevant stimuli from the environment and inhibit them, so we can stay focused on what we are doing. However, recent studies indicate that sometimes in the creative process it is necessary for these filters to let some information through.

By allowing a greater amount of stimuli to reach our consciousness, the chances that we can resort to new, different and original combinations increase. In practice, in the early stages of the creative process, distraction allows us to find more answers as it integrates ideas that otherwise would have escaped our focus.


If we are able to channel these stimuli in the right direction, then the distraction will allow us to live a life richer in stimuli and experiences that can trigger creativity.

add a comment of Do you get distracted easily? Better!